Leyna Bloom is a star, but she lives by the moon. “It was a full moon literally last night,” she tells me by Zoom from her Brooklyn apartment. “My birthday was April 25. It was a full moon on my birthday,” she lists off. For the icon-turned-model-turned-actress and trans activist, the moment she’s having isn’t just a long time coming, it’s astrologic, written in the very fabric of space. “It’s the universe, Mother Nature, the elements, they’re all speaking to me, and they’re saying, ‘Pocahontas, you better take back your land.'”

And Bloom is having a moment. In 2018, she booked her first lead role in the Martin Scorsese-executive produced drama Port Authority, which premiered at Cannes the following year, the actress making history as the first trans woman of color to debut a film at the festival. Walking the French Riviera’s most revered red carpet, Bloom remembers feeling like she was in a fairy tale, one she never would have imagined for herself as a child. She also remembers it was raining. “And it was a full moon.”

That Port Authority is finally in theaters, as Bloom is appearing in the final season of Pose and posing for a historic spread in Sports Illustrated Swimsuit Issue, and that it’s all releasing into the world now, bookended by Asian Pacific American Heritage Month and Pride? “Well, since you put it like that,” Bloom grins, flipping her long hair over a bare shoulder. That has to be a sign of something.

“The world is saying, ‘Hey, pay attention. This is what the future looks like,'” she says, leaning toward the camera. In a simple tank top and choker, lit by a nearby window, the future looks like — objectively — the most gorgeous person I have ever Zoomed with. “I think it’s just a new idea, a new message. That’s what I do, is I walk into rooms and I make people think differently. The music is changing, and this is what it sounds like.” 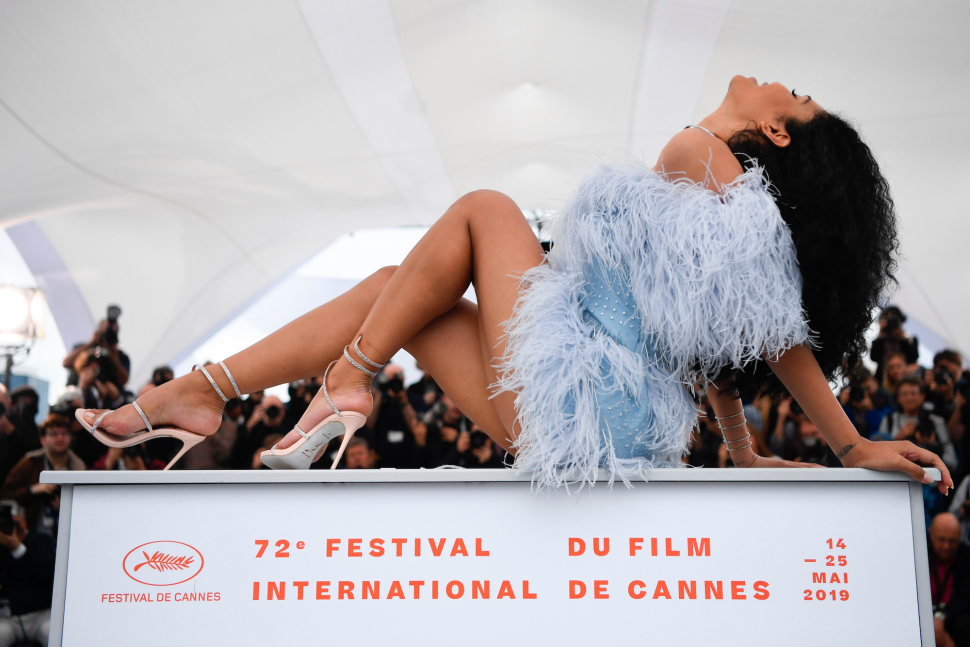 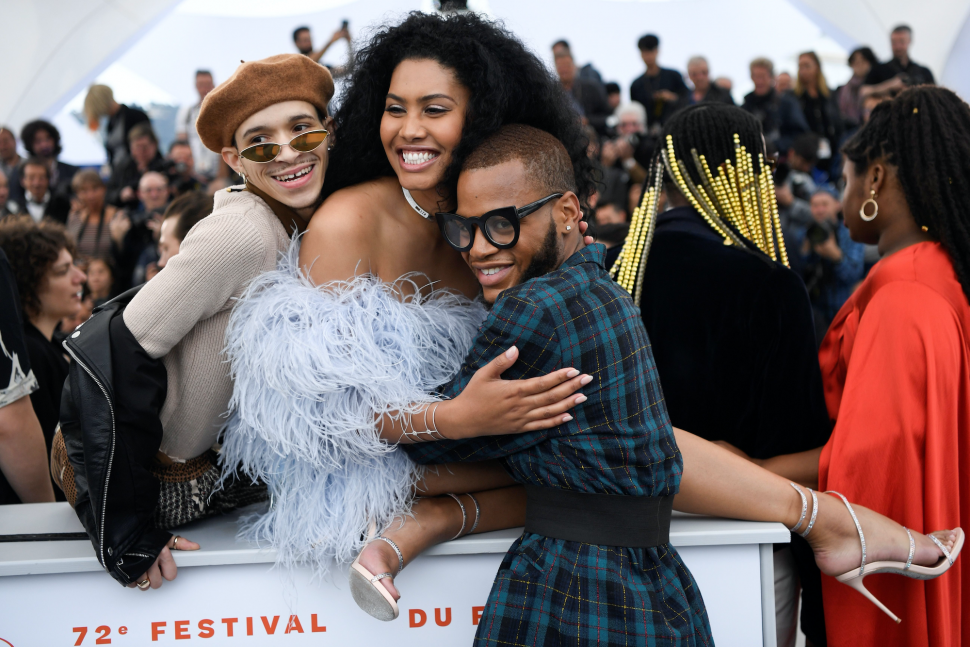 As with most stars who seem to materialize overnight, Bloom has been, as she puts it, “out for a while.” You just needed to know where to look. At 17, she took the Greyhound from Chicago to the Port Authority Bus Terminal in New York, not knowing anyone in the city and with nowhere to stay. In time, she found her way to the ballroom scene and the iconic House of Miyake-Mugler, becoming a Mother and making a name for herself in the face category.

Casting directors scouted Bloom at a ball in Philadelphia. “I auditioned after they scouted me,” she says, “and right away they said no.” She sent in a second audition tape and then a third but the response remained no. A year later, Bloom was living in Italy when Port Authority‘s writer-director, Danielle Lessovitz, FaceTimed her.

And then they said yes. Port Authority follows Paul (Fionn Whitehead), a young drifer who hitches a bus to the titular station with no plans beyond that. After spotting Bloom’s Wye vogueing outside, the film blossoms into a love story set against the backdrop of their different worlds. It’s not lost on Bloom that both characters share so much DNA with her own life, and she worked closely with Lessovitz to craft Wye and infuse into her parts of herself. (Like her character, Bloom is also a military brat. Her father met her mother while stationed in the Philippines.)

“This movie has a message that was missing in the world for quite some time now: Love and how infectious it is and how intersectional it is. I think it’s something that will just be relevant forever,” Bloom says. “And it’s going to be here forever. I think [Port Authority] will be one of those pieces that will stick with people and remind people what’s true and what’s honest in the world and what’s true and honest in the world is love.” 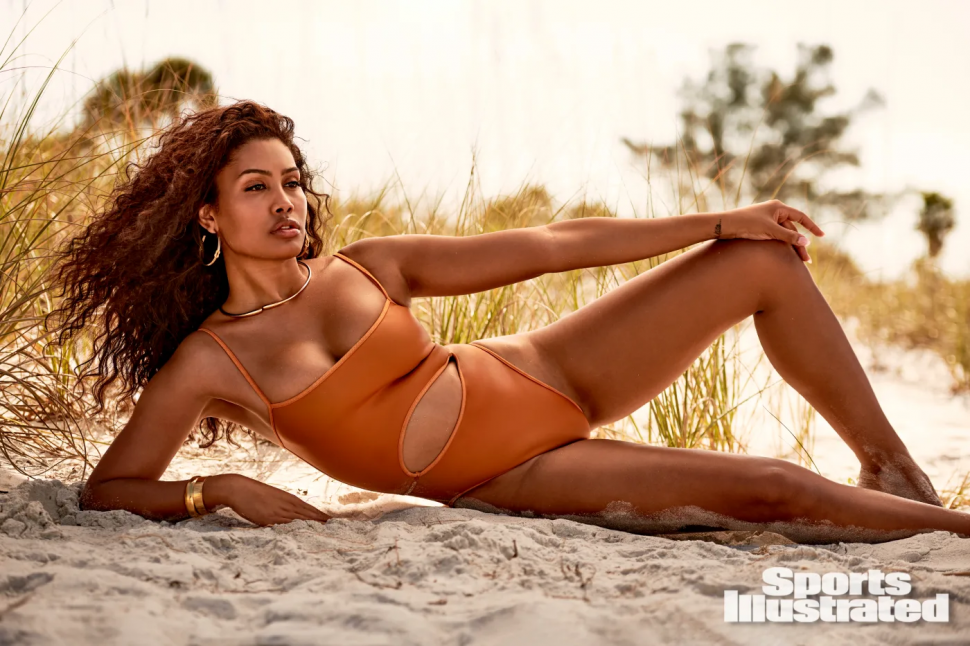 Premiering Port Authority at Cannes was not the first nor the last time Bloom would make history. In 2017, she became the first trans woman of color to appear in Vogue India. Bloom, who is both Black and Filipina, marks that milestone once again in July’s Sports Illustrated Swimsuit Issue. (Valentina Sampaio only became the first trans model to appear in the issue in 2020.) Bloom was on set of a Levi’s campaign when she got the call in December.

“My agent was like, ‘I gotta tell you something.’ I’m like, ‘What?’ He’s like, ‘Girl, nobody wants you. You ain’t gonna get no work. Only one person would work with you. That’s all I got. I got one person.’ I was like, ‘Who is it?’ And he said, ‘Sports Illustrated.'” She pauses for effect, her hands to her head. “And I just clutched my pearls. It was just music to my ears. I immediately heard opera music in the background, like, You have arrived, you belong here. This is your moment. This is what you were born to do.”

Two weeks later, she was on set. For Bloom, even the opportunity of a lifetime had to be more than just a centerfold. In a one-piece, posing in the sand, she could be a vessel for change. “My dad had a subscription,” she explains, “and it was the first place I actually saw beautiful Black women next to a beautiful white woman.” Now, she had the chance to pay it forward. “I didn’t want to just be a beautiful girl with a beautiful body, that’s just like, ‘Oh, she’s hot. Nice rack.’ I wanted to have a message.”

As with everything she does, Bloom considered how the moment could be bigger than herself. “No matter where I go, no matter what I do, no matter what room I go into, my community is there right with me,” she says. The Swimsuit Issue is representation on an international scale, showcasing the beauty of trans bodies in the pages of one of the publishing world’s last true tentpoles. “And MJ [Day], the editor-in-chief of the magazine, saying, ‘If people don’t like it, they can go somewhere else, that’s all I needed to hear.'”

“Pocahontas, you better take back your land.”

On Pose, which Bloom initially auditioned for in its initial casting, she guest stars in the final run of episodes as Pretentia Khan, an homage to the real-life legendary House of Khan. The role is more than just a chance to cement herself as a part of the series’ trailblazing legacy. It was her way of paying tribute to the ballroom scene that embraced her (“This is a place where I found refuge. This is the place where I found community.”) and to the trans women whose shoulders she stands on, to remind a new generation of icons like Carmen Xtravaganza and Tracey Africa. It was also her first time acting under the direction of another trans Black woman, Janet Mock.

Now that she’s arrived, the sky — the moon, the furthest reaches of the solar system — is the limit. “I want to do a Star Wars. I want to do Matrix. I want to play Pocahontas or Cleopatra and maybe even a Bond girl, like, who knows,” Bloom rattles off. “I just want to do it all. I never want to limit myself. I want to be open to it all, but also not just be open but have purpose with everything.”

The double-edged sword of making history is that while being the first is cause for celebration, it means those opportunities haven’t been available or weren’t made available before, especially for a trans woman of color hustling for herself and her community. “For me, it’s, why is it taking so long? Why is it not fair? Why do we have to prove ourselves? Why can’t we just honestly exist?” Bloom says. “My existence is very real. This is how I was born. I cannot hide who I am.”

Nor should she have to hide who she is.

“And I didn’t tell myself that for so many years,” she says. “I was trying to erase my existence, because I knew in those spaces, people did not acknowledge me. But I cannot hide it. I think the world secretly is really hiding themselves.”

Seeing her, Bloom muses, is a wakeup call. So, she’ll be that wakeup call. She’ll overcome the unfairness. She’ll continue to make history. “I just have to stay consistent and prove myself,” she explains. “And I have no problem doing that, because I can back it up.”