‘You were nothing but a nightmare’: Lea Michele’s apology is SLAMMED by Broadway actor Gerard Canonico… as other stars share their stories

Broadway actor Gerard Canonico and others have joined the chorus of disapproval over the alleged bad behavior of Glee actress Lea Michele, after former co-star Samantha Ware claimed she made her life ‘a living hell’ on set.

Canonico, 30, was an understudy in the original Broadway cast of Spring Awakening starring Michele and her BFF Jonathan Groff, and commented underneath Michele’s apology Instagram post on Wednesday.

‘You were nothing but a nightmare to me and fellow understudy cast members. You made us feel like we didn’t belong there,’ Canonico wrote in a comment on Instagram, which he had re-posted after claiming it had initially been deleted. 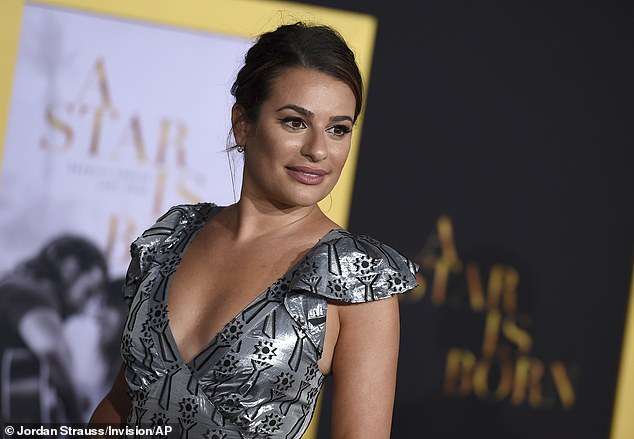 Under fire: Lea Michele (pictured in 2018) has been accused of yet more bad behaviour on set after posting an apology on Wednesday

‘I tried for years to be nice to you to no avail. Maybe actually apologize instead of placing the blame on how others ‘perceive’ you.’

Many other comments took issue with the the apology, which saw the actress vow to ‘be better in the future’ and admitted her ‘privileged position and immaturity’ had contributed to causing pain to her former co-star.

Even Real Housewives of New York star Aviva Drescher had a story to tell, commenting: ‘You were once very unkind to me so I am not surprised by your behavior. You shouldn’t judge others before looking in the mirror.’

TV and theater actress Emma Hunton – who also starred in Spring Awakening –  chimed in saying: ‘This isn’t an apology.’

Michele insisted she ‘doesn’t remember the specific statement’ of threatening to ‘defecate in Samantha’s wig’ during a prolonged period of bullying in 2015. 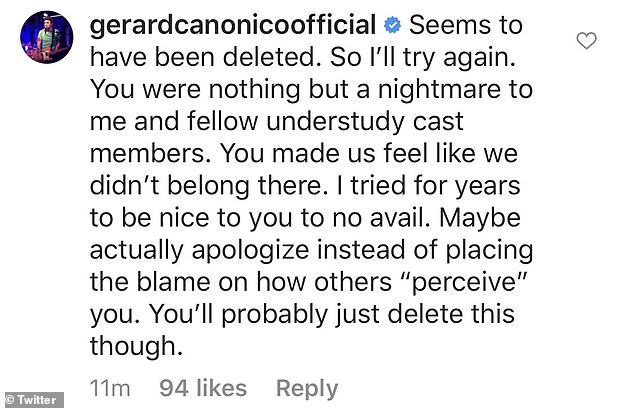 Claims: Broadway actor Gerard Canonico made his own claims commenting on Michele’s apology on Instagram 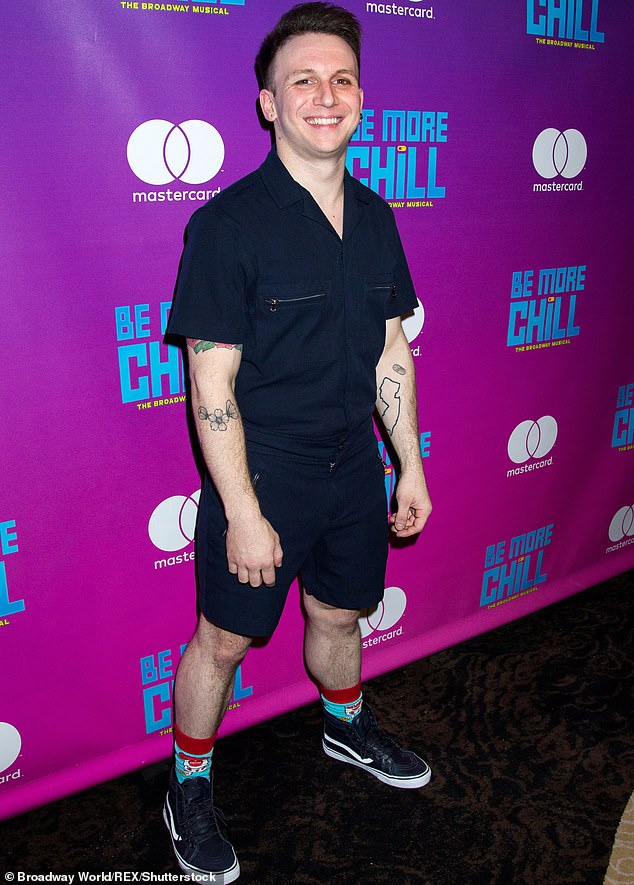 Speaking out: Canonico, 30, was an understudy in the original Broadway cast of Spring Awakening starring Michele and her BFF Jonathan Groff

The pregnant star said she has ‘never judged others by their background or color of their skin’, but insisted she will learn from the mistakes she has made so she ‘can be a real role model for my child’ when she gives birth in a couple of months.

Other comments left under Michele’s post said: ‘Saying you didn’t do it is the worst apology I’ve ever heard.’ Another said: ‘This is a non-apology. You apologize for their ‘perception’ of your behavior? There are multiple people speaking out about your racist micro-aggressions.’

The bullying allegations came to light after Michele took to social media last Friday to pay tribute to George Floyd, writing: ‘George Floyd did not deserve this. This was not an isolated incident and it must end’ she wrote.

Not impressed: Actress Emma Hunton told Michele this was not an apology

Another non-fan: Even Real Housewives of New York star Aviva Drescher also had a story to tell

Ware, who appeared as Jane Hayward on the show’s sixth season in 2015, swiftly hit back: ‘Remember when you made my first television gig a living hell?!?!…

‘Cause I’ll never forget… I believe you told everyone that if you had the opportunity you would ‘s*** in my wig!’ amongst other traumatic microaggressions that made me question a career in Hollywood.’

Michele statement reads in full: ‘One of the most important lessons of the last few weeks is that we need to take the time to listen and learn about other people’s perspectives and any role we have played or anything we can do to help address injustices they face… 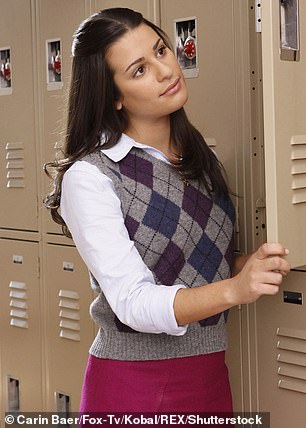 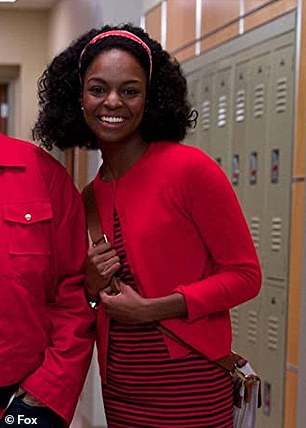 ‘I will be better in the future’: Lea Michele (left) has issued a public apology to Samantha Ware (right) amid claims she made her life ‘a living hell’ during her stint on Glee 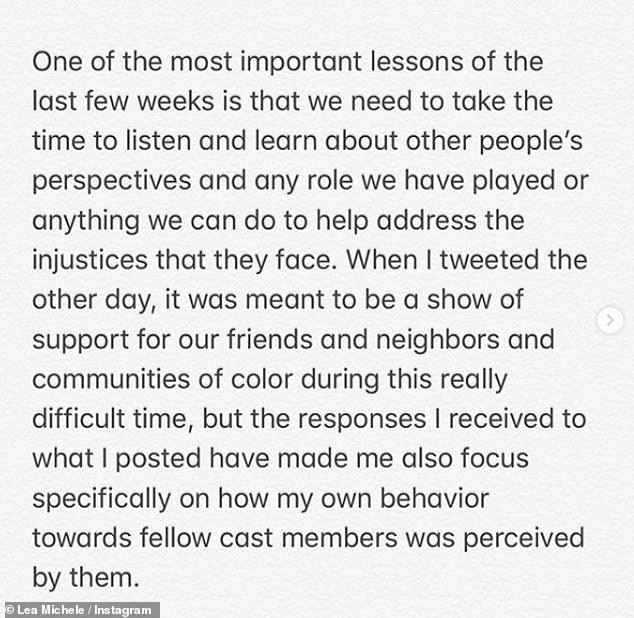 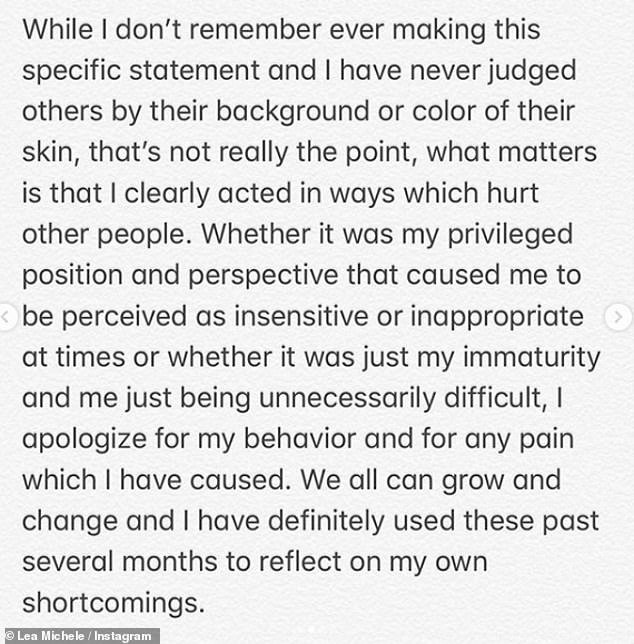 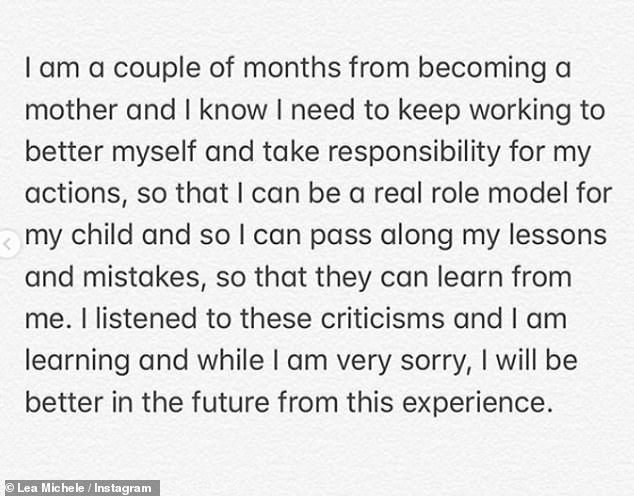 Hitting out: The actress, 33, admitted her ‘privileged position and immaturity’ had contributed to causing pain to her former co-star, 28, in a statement posted to Instagram on Wednesday

‘When I tweeted the other day, it was meant to be a show of support for our friends and neighbours and communities of colour during this really difficult time…

‘But the responses I received to what I posted have made me also focus on how my own behaviour towards fellow cast members was perceived by them.

‘While I don’t remember ever making this specific statement and I have never judged others by their background or color of their skin, that’s not really the point, what matters is that I clearly acted in ways which hurt other people. 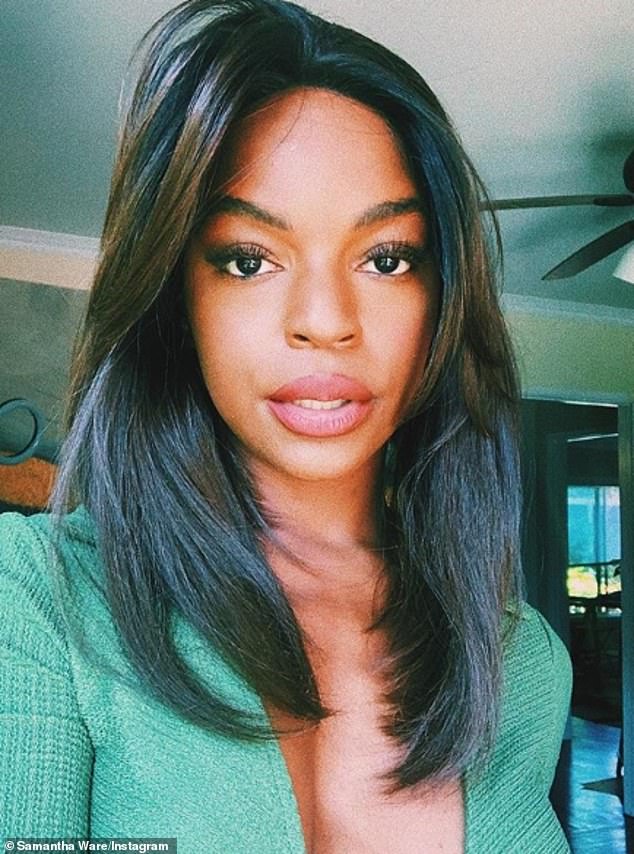 Speaking out: Samantha (pictured last month), who played Jane Hayward on the show, claimed the actress bullied her during her stint on Glee and even threatened to defecate ‘in her wig’ 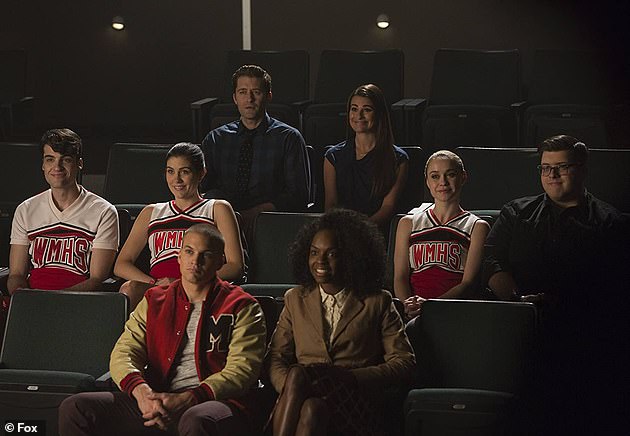 Tough times: Lea played the role of Rachel Berry (back row) on the show’s six seasons, getting nominated for an Emmy and two Golden Globe awards with the part

‘Whether it was my privileged position and perspective that caused me to be perceived as insensitive or inappropriate at times or whether it was just my immaturity and me just being unnecessarily difficult.’

Lea – who played lead character Rachel Berry for the musical show’s entire run – continued: ‘I apologize for my behavior and for any pain which I have caused.

‘We all can grow and change and I have definitely used these past several months to reflect on my own shortcomings.

‘I am a couple of months from becoming a mother and I know I need to keep working to better myself and take responsibility for my actions, so that I can be a real role model for my child and so I can pass along my lessons and mistakes, so that they can learn from me.

‘I listened to these criticisms and I am learning and while I am very sorry, I will be better in the future from this experience.’ 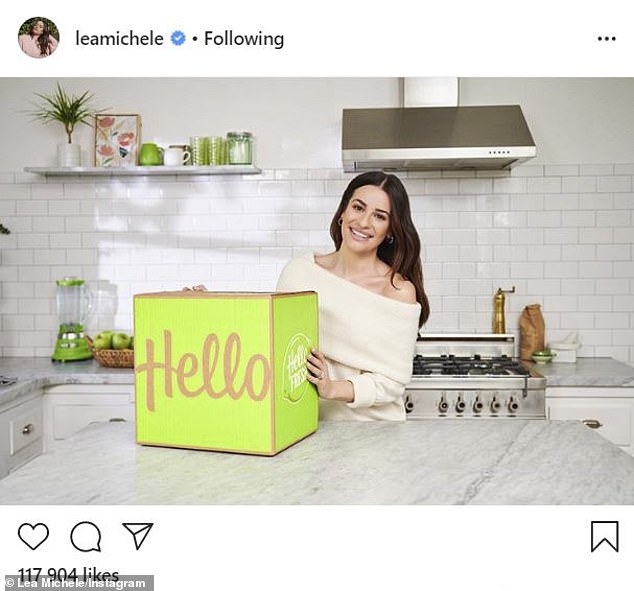 Shock: Her statement comes after she was fired by HelloFresh due to the scandal

Tags: apology, is, Lea, Michele&apos;s
You may also like
Recent Posts