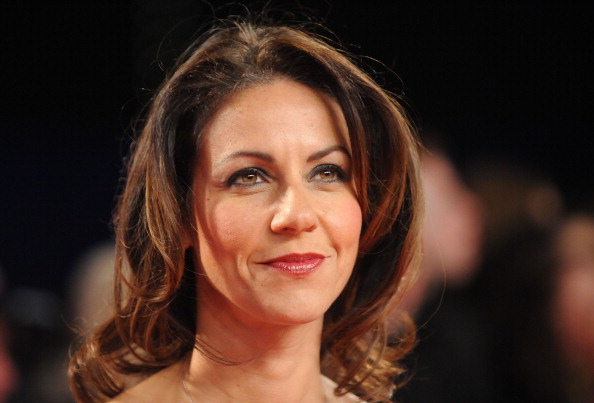 Countryfile presenter Julia Bradbury has revealed that she has been diagnosed with breast cancer and will undergo a mastectomy in the coming weeks.

In a new interview, the broadcaster explained how she was recently informed by her doctor that she had breast cancer after initially finding a lump in her breast last year which turned out to be a cluster of benign micro-cysts.

While she was initially hesitant about going to her appointment, Julia said that her older sister Gina encouraged her to go, which is when she found out that a mammogram conducted in July on an annual recall had detected the cancer.

In the interview with Mail on Sunday, Julia said that next month, she is due to undergo a mastectomy to remove a six-centimetre tumour.

The surgeons will also take tissue from her lymph nodes to ascertain whether the cancer has spread to other parts of her body.

While the tumour found in Julia’s breast has been described as ‘sizeable’, doctors believe the cancer cells have not yet spread to the breast tissue.

This means that she may not have to undergo chemotherapy as treatment for the cancer.

Julia explained how she is maintaining a positive outlook following her diagnosis, saying that it is ‘quite good on the scale on cancers’.

‘But as with all tumours, until you are in there you never know,’ she added.

‘As it is I am going to lose my breast. I trust that one day I will look down on it and think that was the fight of my life and I have the ultimate battle scar to prove it.’

Julia has three children with her husband Gerard Cunningham, who she has been married to since 2000.

The presenter said that while her children were ‘OK’ in response to the news, she questioned: ‘How honest can you be with children without scaring them?’

Julia strongly encouraged other women to regularly check their breasts, as they may be able to notice when something doesn’t feel right and requires further investigation from medical professionals.

‘We must, must, must check ourselves and seek help,’ she said.

‘Being scared of a diagnosis could be the thing which kills you. So learn what to look for and check, check check.

‘Doctors are experts but only you can press a lump, know how it feels and think you should do something about it.’

How should you check your breasts for lumps or irregularities?

Discussing the importance of being breast aware, Addie Mitchell, Clinical Nurse Specialist at Breast Cancer Care, wants women to know there is no right or wrong way to check your breasts.

‘It’s about looking and feeling regularly so any changes can be spotted quickly,’ she said. ‘The sooner breast cancer is diagnosed, the more effective treatment may be.

‘Whatever your age, being aware of all the signs and symptoms of breast cancer is crucial – it’s not just a lump to look out for. Other changes could be a nipple becoming inverted or a change in texture of the skin.

‘While most symptoms won’t mean breast cancer, if you notice anything unusual for you get it checked out by your GP.

‘Anyone with questions can call Breast Cancer Care’s nurses free on 0808 800 6000 or visit breastcancercare.org.uk.’

Tags: BBC, cancer
You may also like
Recent Posts