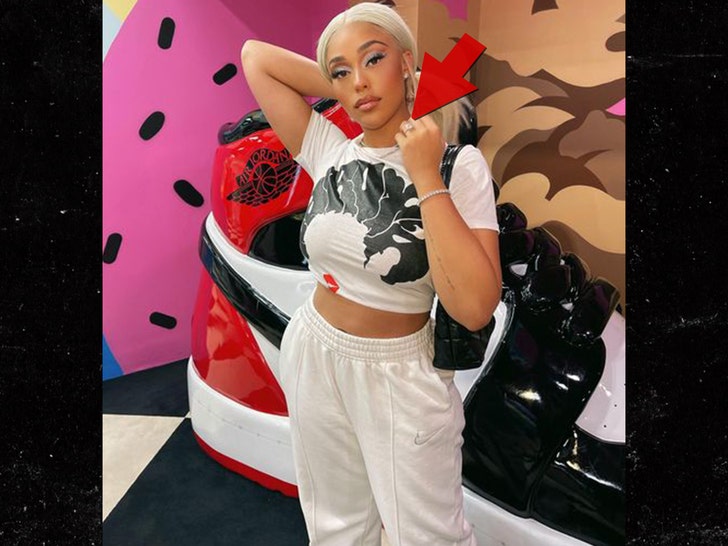 Jordyn Woods flaunting a huge rock on her finger is a red herring, because it turns out it was just for show and she’s not marrying her NBA boyfriend … at least not yet.

Elizabeth Woods — Jordyn’s mother and manager — tells TMZ … the ring her daughter’s wearing in her recent Instagram pics is NOT an engagement ring from Karl-Anthony Towns.

Jordyn’s mom says it’s simply a piece of flashy jewelry she put on for a photo shoot — she’s definitely not engaged. 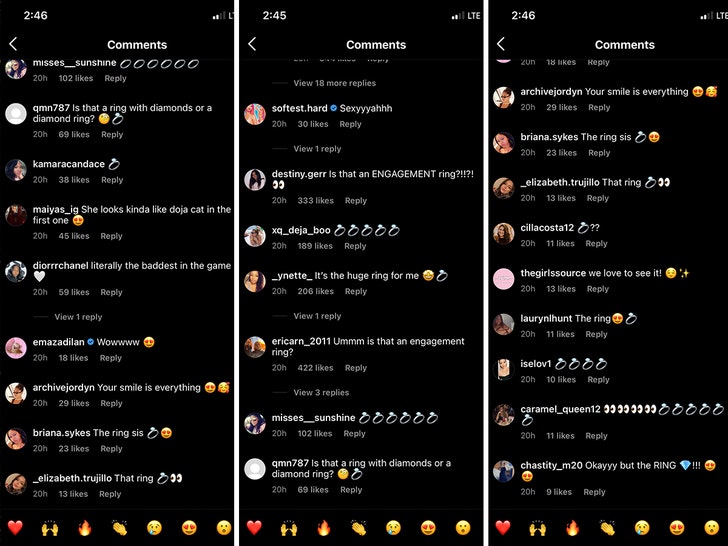 Understandably, Jordyn’s fans flooded her IG comments anyway asking if KAT proposed to her and complimenting her on the rock … even pointing out that it’s on her wedding ring finger. 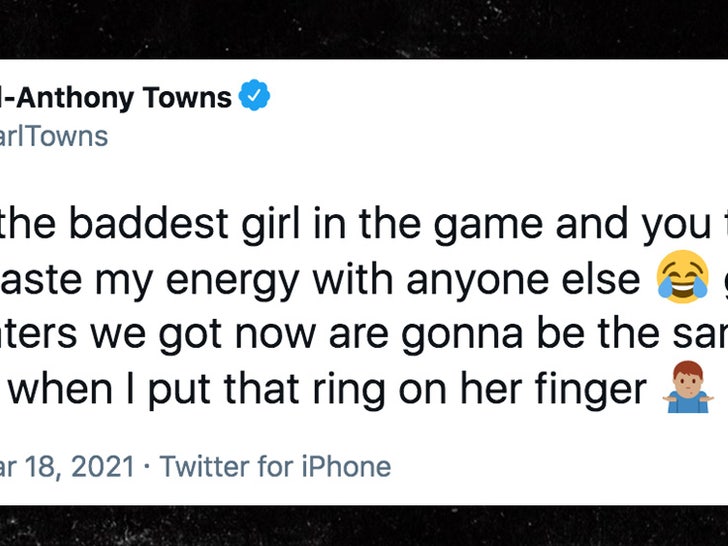 Towns also helped fuel the speculation last week when he denied cheating rumors on Twitter, saying he’s already got the “baddest girl in the game.” He added that haters will always exist even “when I put a ring on her finger.”

If they had gotten engaged, it would have been pretty quick. Jordyn and KAT appeared to begin dating in July, but didn’t make it official until September when they took a Cabo trip together for her birthday.