Joaquin Phoenix is all about sustainable fashion at the 2021 Academy Awards. The 46-year-old Oscar-winning actor presented the last award of the night, Best Actor, and appeared to rock a familiar look.

Phoenix didn’t walk the red carpet at the Union Station celebration in Los Angeles, instead opting to make his appearance at the end of the telecast. The actor took the stage wearing a black tuxedo with a white button-up and black bow tie. The black suit looked oddly familiar, as some people noticed and shared on social media.

Last year, Phoenix partnered with Stella McCartney to wear the same custom suit he wore at the 2020 Golden Globes for all upcoming awards shows in effort to cut down on waste. At the time, he made a statement about the decision on Twitter, saying he chose to recycle the look to “reduce waste.”

The actor kept his promise, donning the suit when he won the Best Actor Oscar last year for his role in the Joker — and it appears he continued to do so at this year’s ceremony. 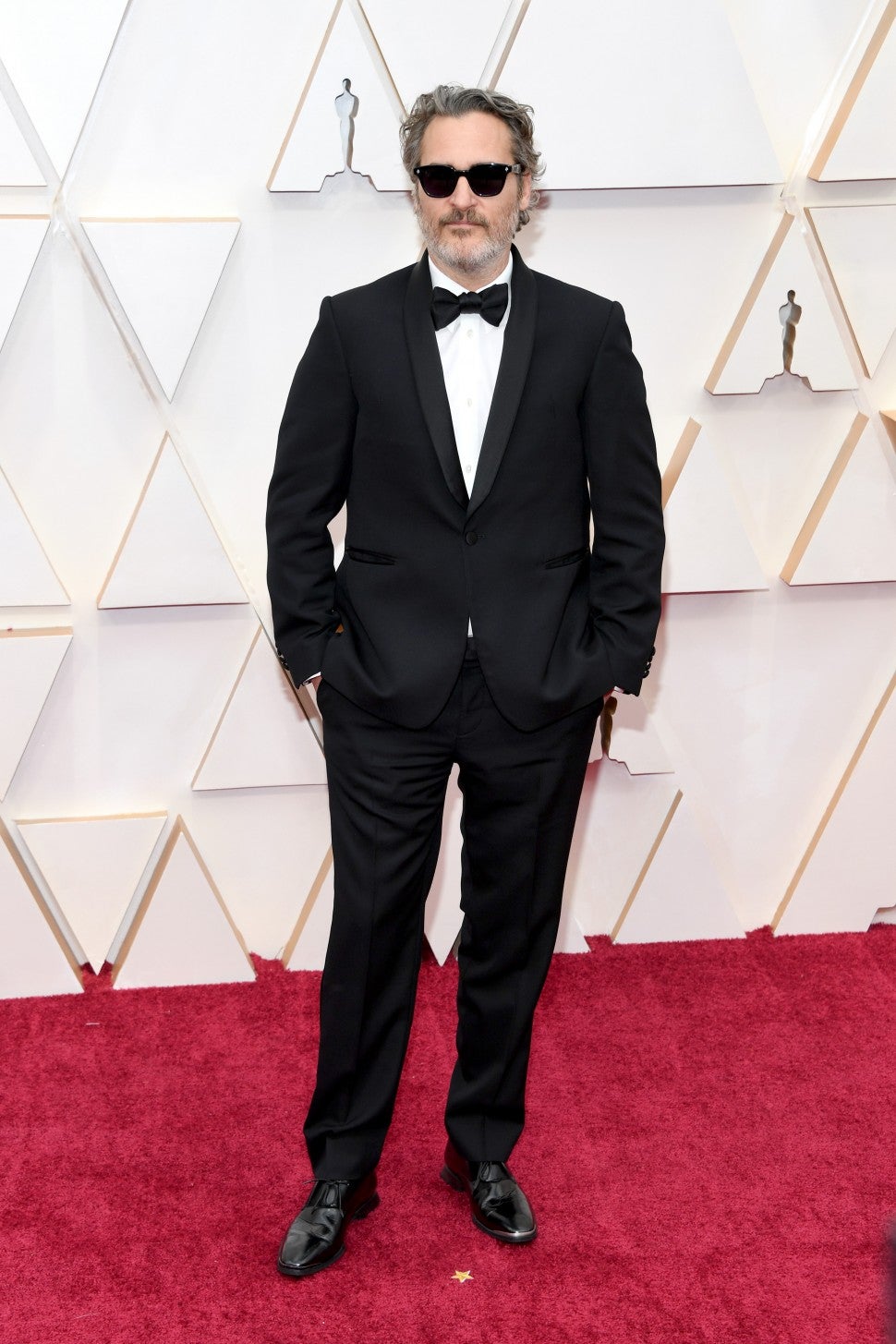 Over the course of his career, Phoenix has also been nominated three other times for his work. In 2005, he played Johnny Cash in the biopic, Walk the Line, earning him a nomination, and his co-star and on-screen wife, Reese Witherspoon, was also in attendance at this year’s show.

It’s been a big year in Phoenix’s personal life after he welcomed his first child with Rooney Mara, this past fall. The couple welcomed a son named River after Phoenix’s late brother of the same name.

Here is the complete Oscars winners list, as well as the biggest moments from the Oscars.