Jennifer Lopez’s new Netflix doc Halftime made waves as soon as it kicked-off the 2022 Tribeca Film Festival, and it continues to do so after its release on the streamer this week. Though there are many OMG-worthy moments—from an inside look at J.Lo’s 2020 Super Bowl performance and her feelings in the wake of her divorce from Marc Anthony—one of the most shocking parts has to do with sexist jokes about her butt.

During a 2002 interview with Billy Bush, the radio host commented on Jennifer’s butt, saying, “People have raved about it for years. How do you feel about your butt?” The query didn’t land well with the singer/actor/dancer extraordinaire, and she took the opportunity to reflect on it years later during her latest project. “I grew up around women with curves, so it was nothing ever I was ashamed of,” she explained.

Despite the fact that we can credit Jen’s photo for legit founding Google Images (!!) after she wore *that* iconic Versace dress to the Grammys in 2000, the press was still sometimes subversive in its remarks towards her. “It was hard when you think people think you’re a joke, like you’re a punchline,” J.Lo admitted. “But I wound up affecting things in a way that I never intended to affect them.” 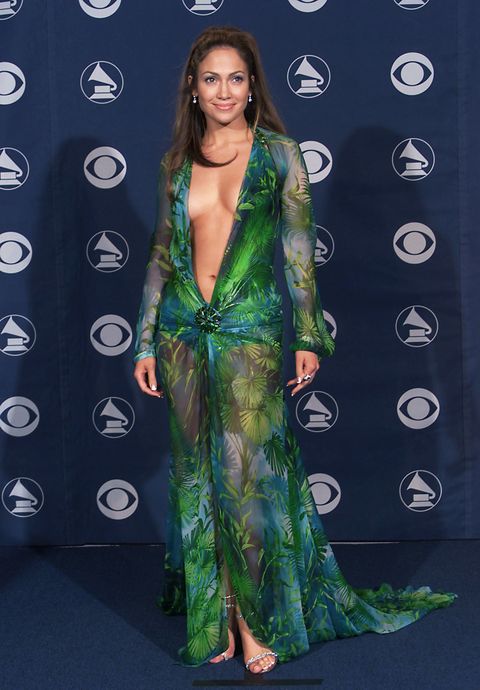 Not only was the Hustlers star called everything from a “diva” to “Hollywood’s best known serial bride,” but she was always so heavily scrutinized that she almost considered leaving Hollywood behind entirely.

“No matter what I achieved, their appetite to cover my personal life overshadowed everything that was happening in my career. I just had a very low self esteem. I really believed a lot of what they said, which was that I wasn’t any good—I wasn’t a good singer, I wasn’t a good actress, I wasn’t a good dancer, I wasn’t good at anything. I just didn’t even belong here why wouldn’t I just go away,” J.Lo confessed.

In the midst of all of these revelations being discussed on Halftime, Ben Affleck made a mini cameo to add some color about the things he felt and witnessed while he and Jen were first together from 2002 to 2004. “I said to her once, ‘Doesn’t this bother you?’ And she said, ‘I’m Latina, I’m a woman I expected this.’ You just don’t expect it. You expect to be treated fairly,” he recollected. Even so, Jen that despite the constant criticism, she learned to “figure out who [she] was and believe in that and not believe anything else.” Billy Bush: 0 J.Lo: 1,000,000