Celebrity chef Sandra Lee is one of the most high-profile stars of the Food Network, best known for her “Semi-Homemade” meals. Lee is a breast cancer survivor and has been open about the importance of regular mammograms and early detection. Still, Lee is also known for her longtime relationship with New York Governor Andrew Cuomo. Although the two split in late 2019, Lee recently opened up about her feelings for Cuomo and why they will likely always remain close.

Lee was born in California in 1966. She began her lifestyle career in the early nineties, crafting home decorating tools before ultimately turning her attention to cooking and baking.

Lee also became well known for her unique way of decorating to go along with a certain theme or holiday celebration. Her bright, peppy personality and her willingness to embrace non-snobby food trends endeared her to millions of fans.

Lee is also a best-selling author and has written dozens of cookbooks over the years. These days, Lee has taken a step back from the lifestyle space, although she is still beloved for her recipes, sense of fun, and unique personality.

Andrew Cuomo is a political powerhouse

Toured the Javits Center today where FEMA has started work on a 1,000-bed temporary hospital to open next week. Equipment from both the state & federal government is being delivered here. My thanks go to everyone working so hard to make this happen so quickly.

On the surface, Cuomo could not possibly be more different from Lee. A member of the Cuomo political dynasty, Cuomo has served as New York Governor since 2011. He is a member of the Democratic Party and has butted heads with prominent Republican politicians on many occasions, including sparring with President Donald Trump.

Cuomo has worked in politics since he was very young and has served the state of New York in many capacities over the years, including as HUD Secretary. Political commentator Chris Cuomo is Andrew Cuomo’s younger brother, and the two are known to be very close.

When did Sandra Lee and Andrew Cuomo start dating? 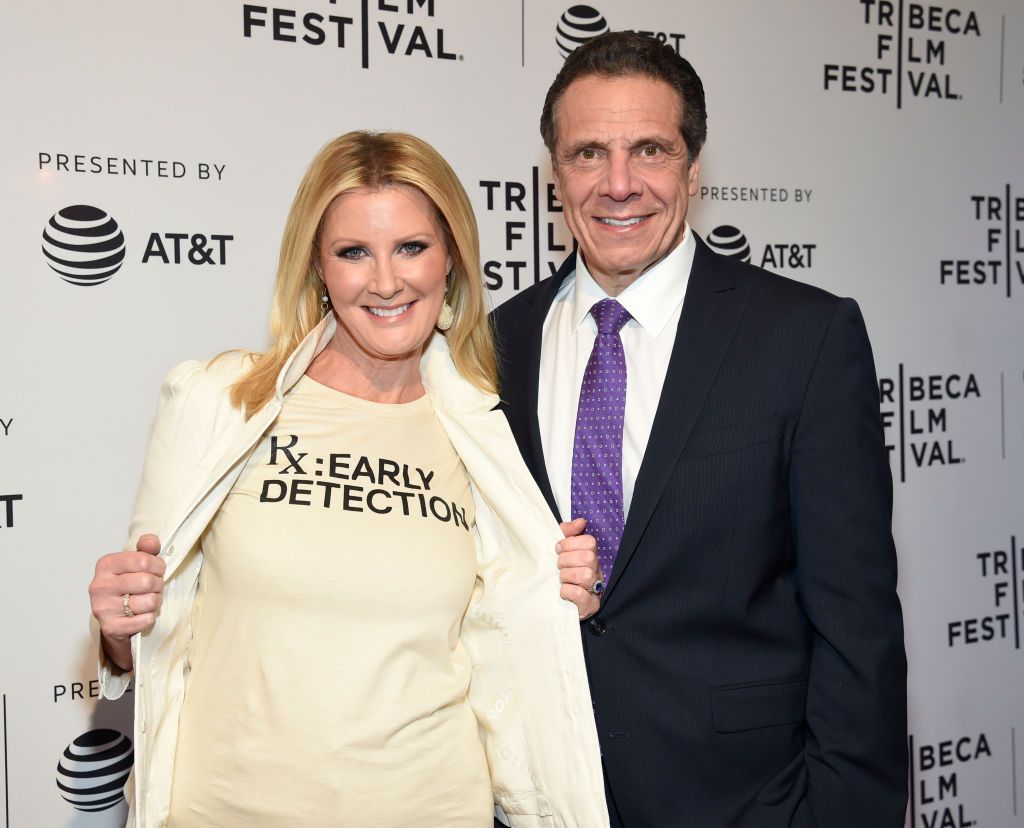 In 2005, Lee first crossed paths with Andrew Cuomo. Sparks flew immediately and they began dating. Lee was at Cuomo’s side for many political events, although she was always careful to keep her own political opinions to herself.

Still, she supported Cuomo in everything that he did, and when he became governor in 2011, she was his de facto “First Lady.”

In 2019, rumors started swirling that there problems between the two — rumors that Lee slammed on Instagram, reaffirming her closeness with Cuomo. However, in September 2019, the two announced that they were splitting up, although they would remain good friends and that they would “always be family.”

What did Sandra Lee recently say about Andrew Cuomo?

Rumor mills abound. Page 6 knock it off! Literally getting emails from people in Japan asking me if I’m OK! Both Andrew and I confirmed before the breakup story ran but the story was not true. Both of us! But page 6 decided to run the sensationalize story anyway. Andrew and I are still very much together after 14 years. We share three beautiful daughters that I helped raise and a beautiful home, Lily Pond, where we live. We keep our lives as private as possible-The exception of breast cancer and that is only to save other peoples lives! So for the record. I’m not getting a divorce. I am not getting married. I am not pregnant. Do not have terminal cancer. My blood type is not B negative it’s B positive! Seriously people.

Recently, the lifestyle maven sat down for a revealing interview, where she was asked about the current status of her friendship with Cuomo. Lee stated that she watches the governor’s daily COVID-19 updates and that she shares her thoughts with him on an ongoing basis.

Her cryptic words could mean that there is still a romantic attachment between the two, although she remained careful in her phrasing.

“We share a home, we share children, we share friendship,” she said. “I will protect him and be there for him until the day I die.”

Whether the two could reconnect on a romantic level in the future remains to be seen — but it certainly looks like the door is open for a renewed relationship.

Tags: friends, is, Lee, Sandra, still, wi
You may also like
Recent Posts