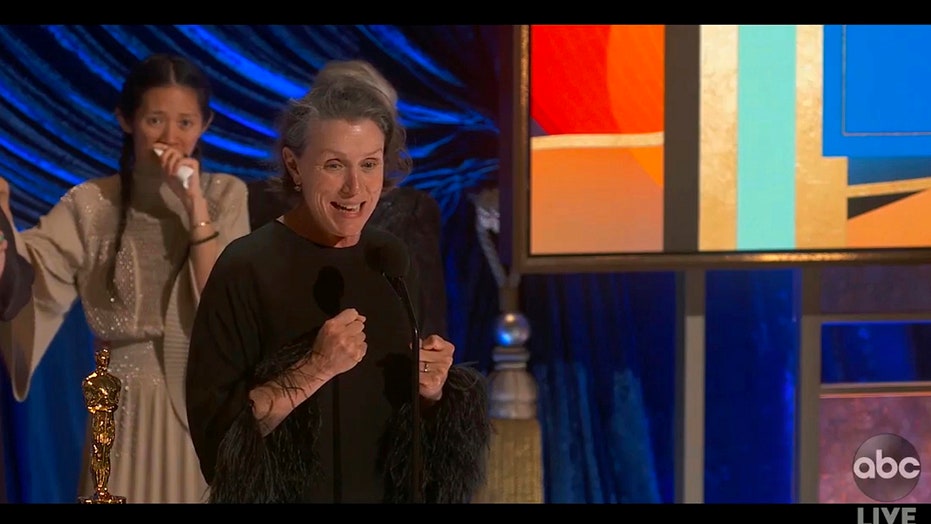 Actress Frances McDormand howled like a wolf during her viral acceptance speech for the film, “Nomadland,” which won best picture at the 2021 Oscars on Sunday.

“We give this one to our wolf,” McDormand, 63, one of the stars and producers of “Nomadland,” said before howling to the ceiling as she accepted the award in Los Angeles.

The gesture was an apparent tribute to the film’s production sound mixer, Michael Wolf Snyder, who died by suicide earlier this year, according to reports.

“He’s part of the family,” the film’s director, Chloé Zhao told reporters. “So that howling to the moon is for Wolf.”

Zhao, 39, took home the best director Oscar for “Nomadland,” becoming the first Asian woman — and the second woman ever — to win the award, following Kathryn Bigelow for “The Hurt Locker.”

Zhao previously said she relied on the sound mixer “to be my ears.”

“I always looked at Wolf after each take,” Zhao said, according to Variety. “I didn’t wear headphones on set and so I heavily relied on Wolf to be my ears. He would nod at me with a happy grin or tears in his eyes, or sometimes he would discreetly signal ‘one more.’ During [2017’s] ‘The Rider,’ Wolf suggested an idea we later took onto ‘Nomadland’ — recording room tones longer than we need as a chance to experience silence. After hustling on each location, we sat together, in silence, tuned in, listened, and honored the world around us and each other.”

“I will always miss him. He would always be with me on set, after each take, and in the silence of every room tone. See you down the road, my friend,” she continued.

At the time, McDormand said in a statement that, “Wolf recorded our heartbeats. Our every breath. For me, he is ‘Nomadland,'” Variety reported. 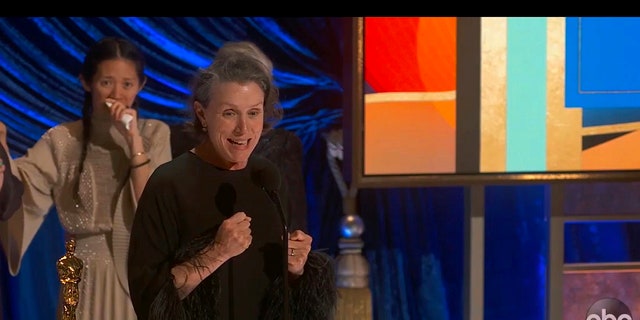 In this video image provided by ABC, Frances McDormand accepts the best picture award for "Nomadland" as director Chloe Zhao looks on at the Oscars on Sunday, April 25, 2021. (ABC via AP)

McDormand also took home the best actress Oscar for the film — her third time winning that award. She previously took the prize for 1996’s “Fargo” and 2017’s “Three Billboards Outside Ebbing, Missouri.”

If you or someone you know is having thoughts of suicide, please contact the National Suicide Prevention Lifeline at 1-800-273-TALK (8255).

Tags: during, Frances, howls, McDormand
You may also like
Recent Posts