Home
Celebrities
Erica Mena Is Pregnant: Safaree Samuels Confirms 2nd Child Is On The Way — ‘Time To Get Neutered’

Just over a year after welcoming their first child, Erica Mena and Safaree Samuels have another baby on the way — and he joked on Instagram that ‘it better be a boy’ this time!

Erica Mena and Safaree Samuels‘ one-year-old daughter, Safire, is getting a baby sibling! Erica is currently pregnant with the pair’s second child. On May 3, both stars posted photos from a new maternity shoot on Instagram, WHICH YOU CAN SEE HERE. In the pics, Erica’s baby bump is on display in a see-through, lacy robe. Meanwhile, Safaree is shirtless, with his Calvin Klein underwear showing atop his black pants. The stars are surrounded by money in the lavish shoot, as well.

“Safire got a new sibling,” Safaree captioned his post with the pregnancy announcement. “New baby, who dis? #2under2, time to get neutered. Now I need a chef and a nanny.” He also included several crying laughing emojis. In a second post, he added, “It better be a boy.” Meanwhile, Erica referenced some of her and Safaree’s past marital issues in one of her captions. “Marriage — it’s not easy at all,” she wrote. “But having a family of your very own makes up for it all. God I thank you for the protection and the consistent blessings. I been through way toO much to not be as grateful as I truly am.” 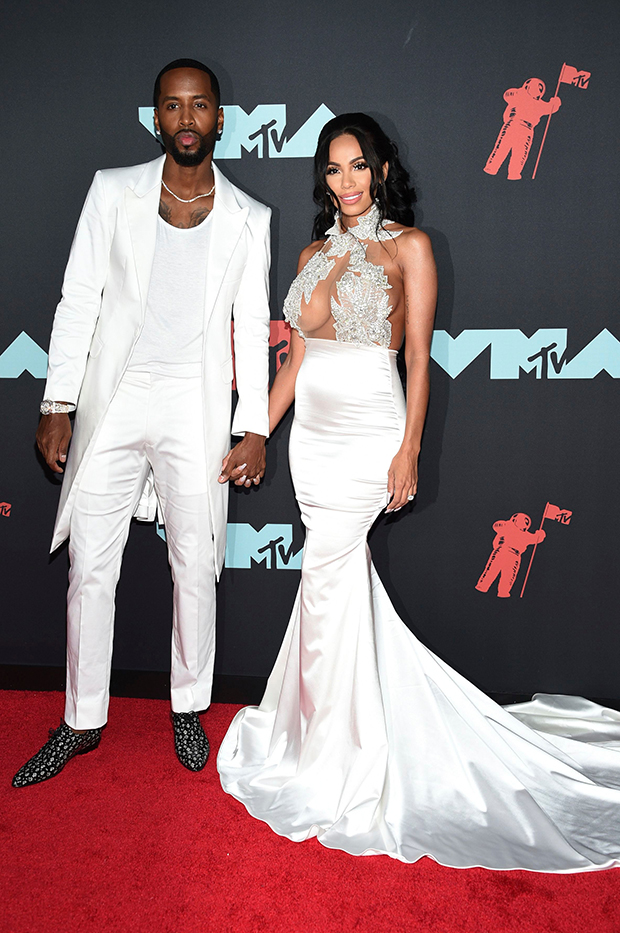 In Sept. 2020, fans feared that Safaree and Erica had split after she posted a cryptic message about “priorities” on Instagram. Then, in November, he seemingly confirmed that they were divorcing. “BACHELOR!!! Ending 2020 right,” he wrote on social media at the time. He also tagged the television show Divorce Court in the photo. However, the following day he apologized for the post. “I’m not a bachelor & I love my wife,” he explained. “I would never disrespect the mother of my child or wife. Sorry for being childish & salute to all the real men out there.” 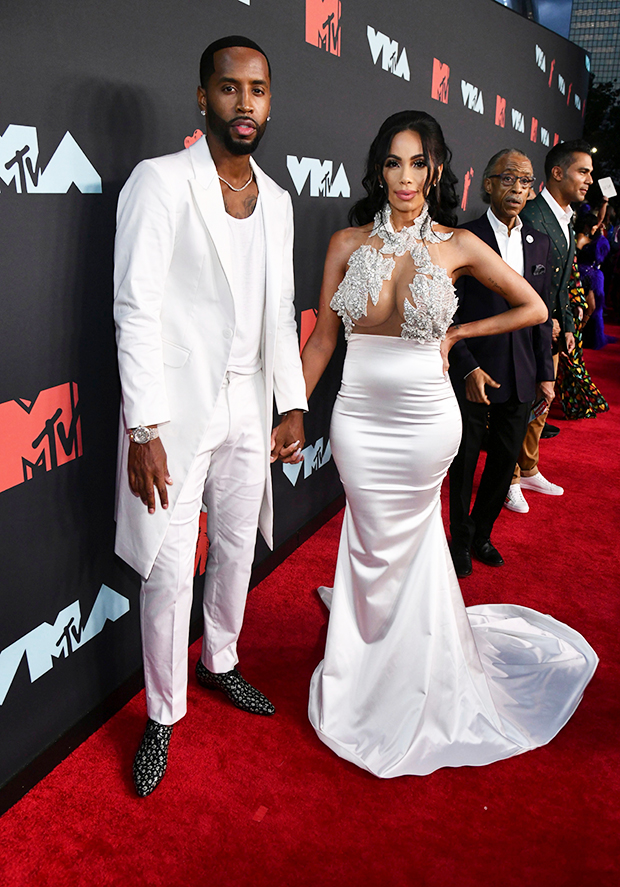 Unfortunately, by February, just after Safire’s first birthday, it appeared that the Love & Hip-Hop Stars were facing some troubles one again. “I mean this from the bottom of my heart getting married was 1 of my BIGGEST mistakes and it will never happen again,” Safaere wrote in a now-deleted tweet. “I’m walking away before I end up in jail over some dumb s***. Nobody is worth my freedom!!” In response, Erica fired back, “I absolutely agree with you on this. You are the most selfish, vain and inconsiderate person. And not just with me but your only daughter!” It’s unclear how they got past this fight, but they now appear to be back on good terms once again.

Erica and Safaree first met on the VH1 show Scared Famous in 2017. However, they didn’t start dating until the following year, and got engaged at the end of 2018. They tied the knot in Oct. 2019 while Erica was already several months pregnant with Safire, who was born on Feb. 2, 2020.