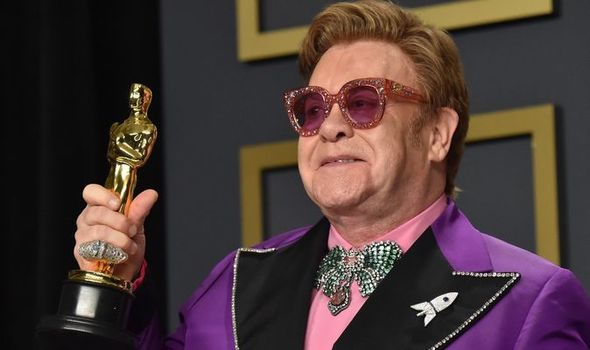 Linda Hannon, 75, was engaged to the Rocket Man in the late 1960s but Sir Elton ended their relationship just weeks before their wedding.

They spent 50 years apart with no contact until Linda sought out her former sweetheart and was “over the moon” he instantly agreed to help.

The singer, 73, became one of the biggest-selling chart stars of all time after their romance.

Meanwhile, Linda divorced three times, settling into a low-key life as the manager of a doctor’s office in Dallas, Texas.She is now in desperate need of a knee replacement operation but has not had it as she cannot afford five weeks off work to recuperate.

Her hours had already been cut because of coronavirus and unpaid leave was not an option.

Instead, she turned to her former fiance, who she still addresses by his real name Reg Dwight.

Linda said: “My knee is awful to try and walk on. I just thought of Reg and whether he could help. It was a long shot. 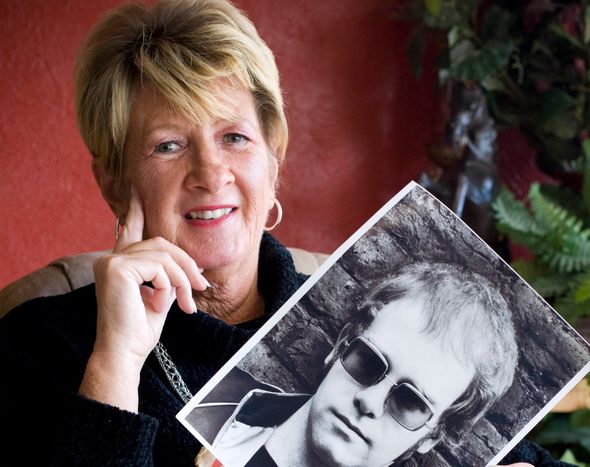 “I sent a couple of emails to his management and put in a couple of details that only Reg might remember.

They were little things I did to prove who I was. But I never heard anything back.”

Undeterred, she instead decided to tell her story in the hope the singer might read it and step in.

She hoped that she could “call in a favour”, saying she had helped Elton financially in the early days before his career took off.

She added: “When Reg started out, I was paying the rent, paying the bills and paying for the food.”

This time Sir Elton’s personal team heard her story and responded immediately, saying he would be delighted to help out financially.

Linda added: “I am so touched by Reg.After all these years. It’s so kind. I am thrilled to bits that he is offering to help.” 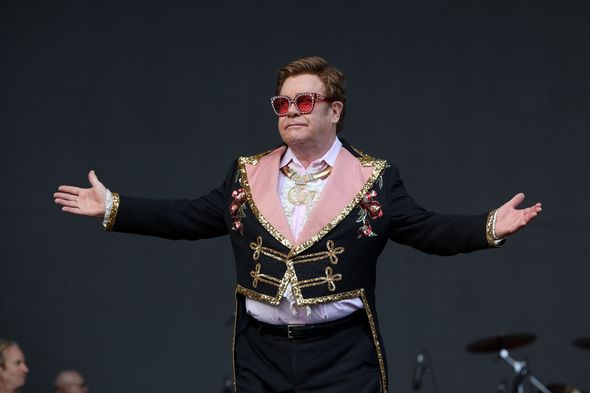 A source close to the Pinner-born star told the Daily Express: “When Elton heard about Linda’s plight he didn’t hesitate for a second to help out.

“He remembers how good she was 50 years ago when he needed the support and is really pleased to be able to help her in her hour of need.”

Linda met 21-year-old Reg at a Sheffield club in 1968 when he approached her table. They quickly fell in love.

She said: “We were weeks from getting married. We had new furniture and a flat in north London. His mother had even ordered the cake.”

But Sir Elton’s stag do with Bernie Taupin, his close pal and lyricist, and blues singer Long John Baldry is said to have killed their relationship. The pair are thought to have got the groom roaring drunk and told him to call off the wedding, allegedly saying he was going to ruin two lives – his and Linda’s.

Five years on, Elton released the 1975 single Someone Saved My Life Tonight, apparently about their sudden break-up.

Bernie’s lyrics include the lines: “You almost had your hooks in me, didn’t you dear? You nearly had me roped and tied, altar-bound, hypnotised.”

Despite the last-minute end of their relationship, Linda brushed it off and simply got on with her life.

She said: “I’ve never felt bitter towards him other than in the immediate aftermath when it happened.You get over things.”

Elton went on to marry Renate Blauel in 1984 but divorced in 1988 when he came out as gay.

In 2014 he converted his longterm civil partnership with David Furnish into a marriage, and the couple have two children. Mother-of-three Linda went on to marry and divorce three times, including to a US serviceman – which is when she emigrated.

The closest she got to seeing Sir Elton was in Dallas. She said: “I got quite choked when he walked on stage as I hadn’t seen him for such a long time. I enjoyed it.”