Singer Duffy has written about her horrific rape and kidnap ordeal, sharing details for the first time.

The Welsh singer-songwriter, 35, previously spoke about the incident in February, and said she would not give a face-to-face interview about the ordeal, and has instead now chosen to write in detail on her website.

She details how during a four week period she was drugged at a restaurant where she was celebrating her birthday, before being abducted abroad and raped, and then flown home where she was held captive in her own home. 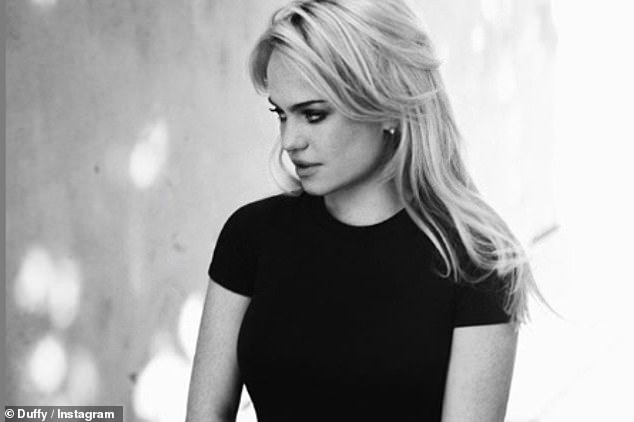 Ordeal: Singer Duffy has written about her horrific rape and kidnap ordeal, sharing details for the first time in a lengthy post on her website

‘It was my birthday, I was drugged at a restaurant, I was drugged then for four weeks and travelled to a foreign country,’ Duffy writes in a lengthy entitled The 5th House.

‘I can’t remember getting on the plane and came round in the back of a travelling vehicle. I was put into a hotel room and the perpetrator returned and raped me. I remember the pain and trying to stay conscious in the room after it happened.’

‘I was stuck with him for another day, he didn’t look at me, I was to walk behind him, I was somewhat conscious and withdrawn. I could have been disposed of by him

‘I contemplated running away to the neighbouring city or town, as he slept, but had no cash and I was afraid he would call the police on me, for running away, and maybe they would track me down as a missing person’

‘I do not know how I had the strength to endure those days, I did feel the presence of something that helped me stay alive.’

‘I flew back with him, I stayed calm and as normal as someone could in a situation like that, and when I got home, I sat, dazed, like a zombie. I knew my life was in immediate danger, he made veiled confessions of wanting to kill me.’

‘The perpetrator drugged me in my own home in the four weeks, I do not know if he raped me there during that time, I only remember coming round in the car in the foreign country and the escape that would happen by me fleeing in the days following that.

‘I do not know why I was not drugged overseas; it leads me to think I was given a class A drug and he could not travel with it.’