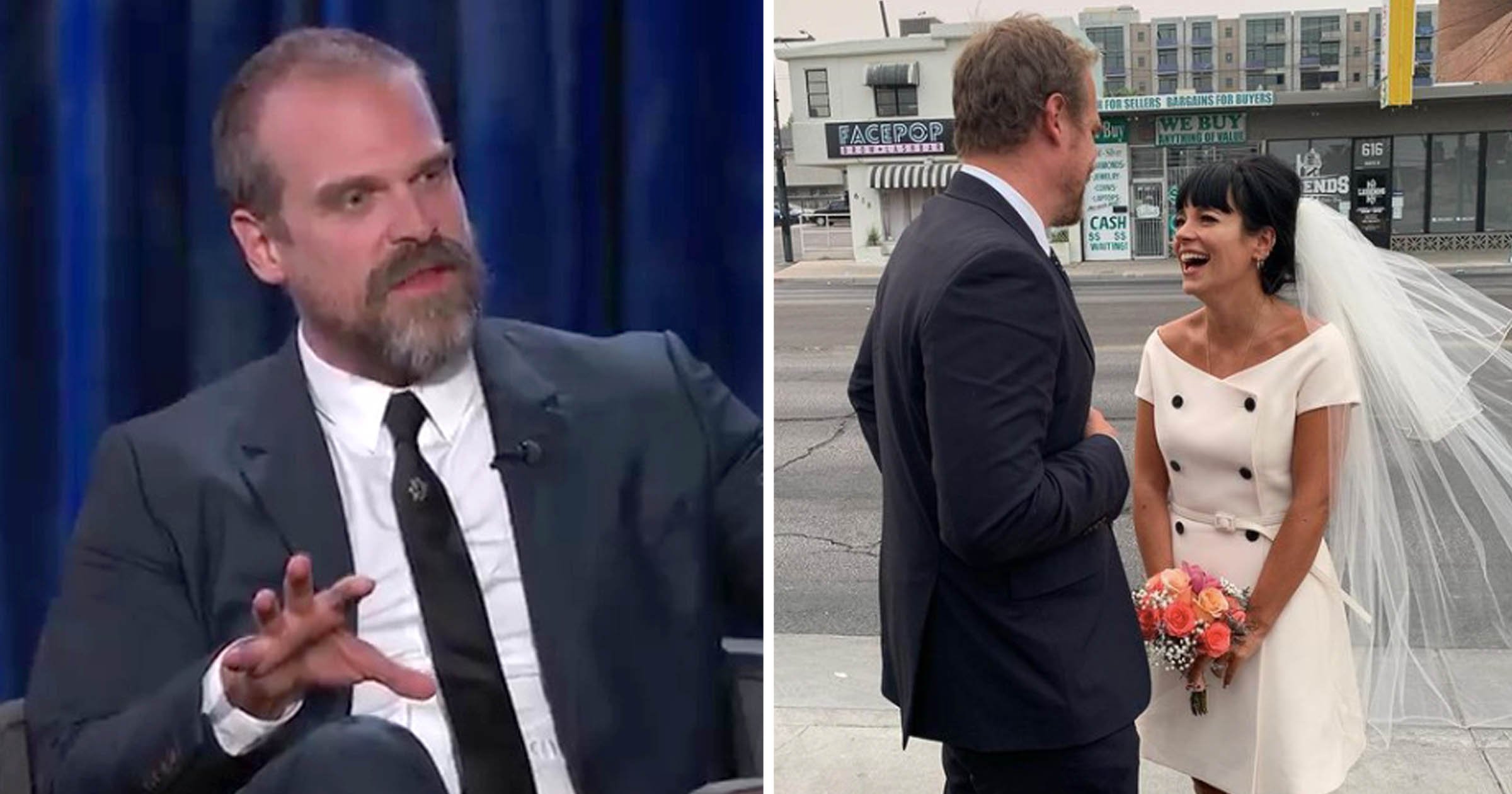 Stranger Things star David Harbour has revealed the moment he decided to marry singer Lily Allen – and it involves some memorable sass from one of her daughters.

But the actor explained it was nine-year-old Ethel, one of Lily’s two daughters from her marriage to ex Sam Cooper, labelling him ‘just some guy in our lives’ that pushed him to decide to wed Lily, ‘because of the emotional fallout’, and they became engaged just as the pandemic hit.

The Smile chart-topper also has Marnie, eight, from her seven-year marriage to Sam, which ended in a 2018 divorce.

Appearing on Jimmy Kimmel Live!, he explained that they were all out on a bike ride, musing over what they were going to do for the next year as lockdown began.

He continued: ‘And the little one was riding along and she was going like, “David, dad, Dav- dad”, because the ‘D’ got her confused.

He then detailed how Lily’s eldest daughter was neither happy with David being referred to as either their dad or stepdad, confusing the younger Marnie.

David said: ‘I was like, “I need to marry this woman”… Because the emotional fallout!’

‘That’s one of my favourite things I’ve ever been called – “Just some guy in our lives,”’ shared David, laughing.

The Marvel actor also spoke about his return as Sheriff Jim Hopper in the fourth season of Netflix’s mega-hit Stranger Things, confirming he had filmed scenes after the character was last seen imprisoned in a mysterious Russian jail, rather than dead, as had been presumed.

He revealed: ‘I’m almost done. I’ve got one more little stint. We should be done in like August.’

David also spoke about the uncanny similarities between the situations of Hopper and the character he’s portraying in the upcoming Black Widow film, Red Guardian, who also spends time languishing in a Russian prison.

He joked about ‘conspiracy theories’ fans were entertaining themselves with, linking the characters, while he was filming between both projects.

Tags: David Harbour, Lily Allen, Us
You may also like
Recent Posts