BBC Breakfast’s weather presenter Carol Kirkwood, 57, will bring viewers the latest forecast news at a different time slot, her co-star Louise Minchin, 51, revealed on Twitter today. The latter shared a picture of herself and co-star Dan Walker, 43, in the studio alongside a caption which shared details about the change-up.

I have new times for the foreseeable.

In view of her 176,000 followers, she wrote: “Good morning, we are here on @BBCBreakfast for you, just to let you know @carolkirkwood has a new time-table she is on at 27 and 57 minutes past the hour.”

One user commented: “I really think our local news is more important than the weather!!”

But insisting this isn’t a part of the change, Carol replied: “The weather isn’t replacing local news T x.” 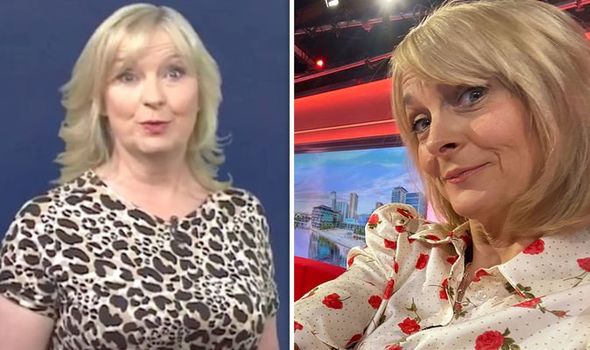 She then explained: “I have new times for the foreseeable…. 27 and 57 minutes past the hour.

“You can find your local weather on TV at lunchtime and in the evening or you local BBC radio station through the day. 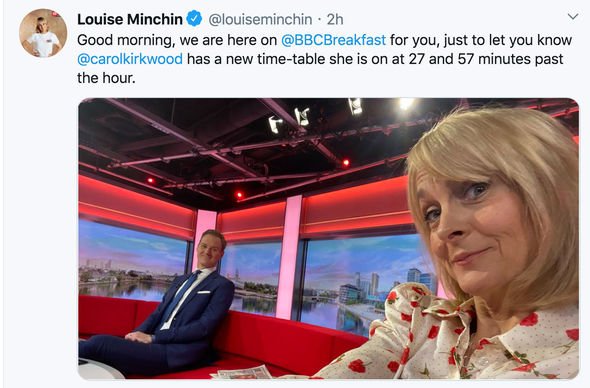 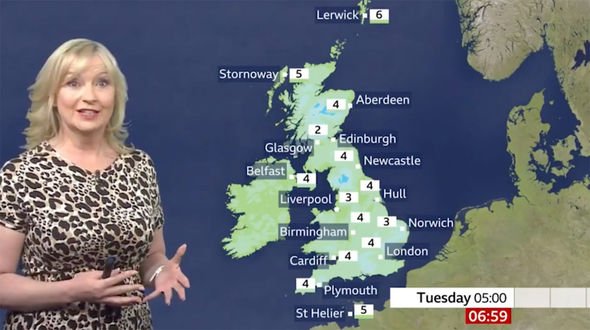 One of her fans commented: “Too early and too late for me Carol! I’ll miss you and my weather updates!”

Another penned: “I hope u get double pay!”

Carol’s new times come as just one of the changes viewers have seen on the show in recent weeks.

Since the coronavirus pandemic, presenters on the show have been social distancing, in line with the Government’s advice.

The Government has urged citizens to keep two metres apart from those who don’t live in their household.

Elsewhere, the weather presenter recently revealed her new project away from the show.

Carol told fans she is set to release a book with Harper Collins next year.

The BBC regular said her new venture will be “an unleashed imagination with no limitations”.

She told The Bookseller: “I am delighted to be working with HarperCollins.

“They are such an enthusiastic, professional and fun publisher who have made me feel at home right from the start.

“This is my first foray into writing and I could not wish for a better partnership and look forward to it being a lasting one!”

BBC Breakfast airs daily from 6am on BBC.