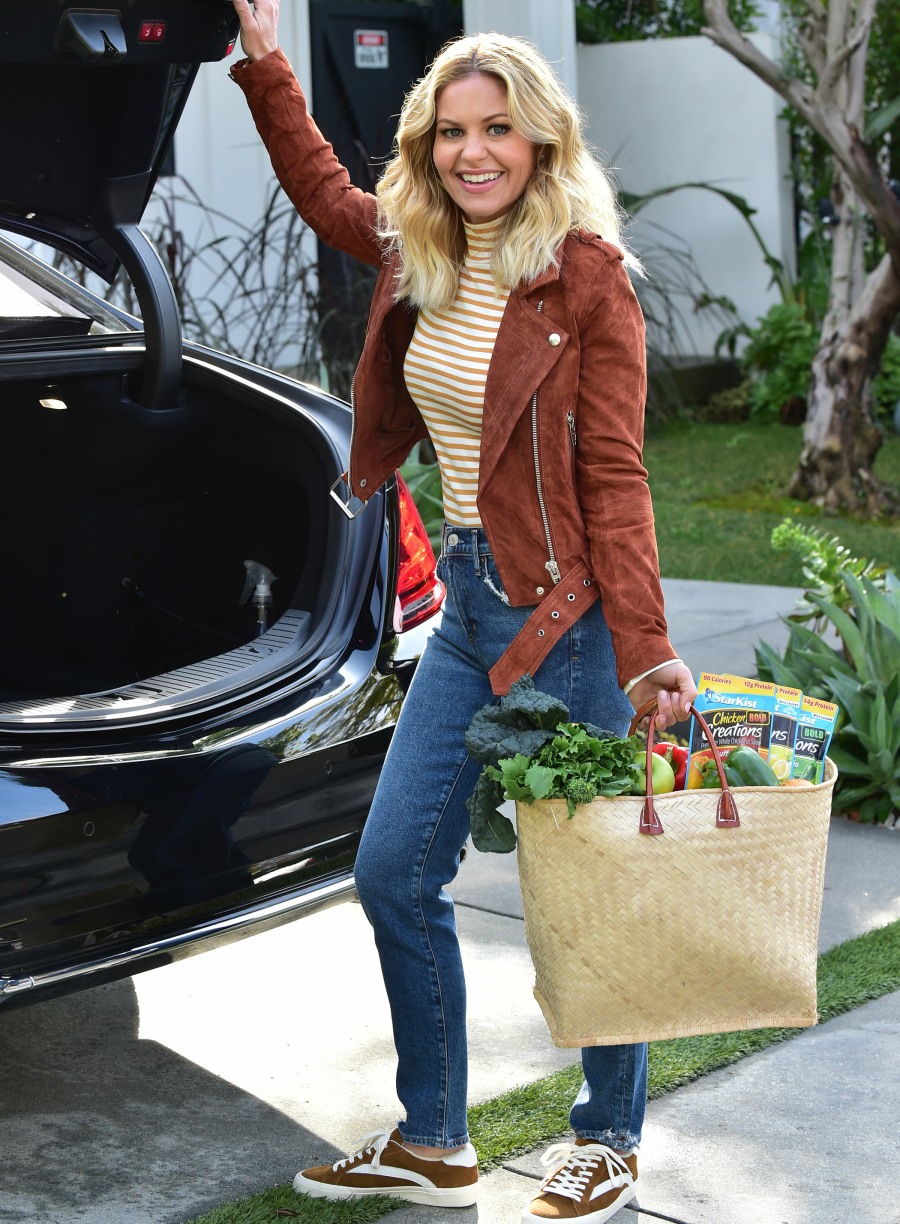 As we’ve been discussing all week, Candace Cameron Bure gave an interview to the Wall Street Journal about her position as chief creative officer of the Great American Family network, a channel which was created because Candace and her fundamentalist Christian allies thought that the Hallmark Channel had turned into a den of homosexual depravity. For most people, the Hallmark Channel is still producing some of the sappiest, most wholesome content out there, but Hallmark acknowledges that LGBTQ folks exist. This upsets Candace, and she said so explicitly, that GAF’s focus is on “traditional marriage,” meaning… no representations of LGBTQ people or their love stories. Hilarie Burton, JoJo Siwa and others have called out Candace over her bigotry and homophobia, which means it’s time for Candace to assume a posture of martyrdom and cry about how Jesus would be on her side.

Candace Cameron Bure claims people are trying to “assassinate her character” and is blaming the media for using her controversial marriage comments to “fan flames of conflict and hate.”

“All of you who know me, know beyond question that I have great love and affection for all people. It absolutely breaks my heart that anyone would ever think I intentionally would want to offend and hurt anyone,” she tells Page Six in a lengthy statement via her rep on Wednesday.

“It saddens me that the media is often seeking to divide us, even around a subject as comforting and merry as Christmas movies. But, given the toxic climate in our culture right now, I shouldn’t be surprised.”

The “Full House” alum went on to address the media, as well as “those who hate what I value and who are attacking me online” and people trying to “assassinate my character.”

“I have a simple message: I love you anyway,” she says, adding “To everyone reading this, of any race, creed, sexuality, or political party, including those who have tried to bully me with name-calling, I love you.”

In her statement on Wednesday, she also says she’s “grateful” to be part of the Great American Family network and clarified comments she claims were omitted from the Wall Street Journal article.

“I had also expressed in my interview, which was not included, that people of all ethnicities and identities have and will continue to contribute to the network in great ways both in front of and behind the camera, which I encourage and fully support,” she says in her statement. “I’ve never been interested in proselytizing through my storytelling, but in celebrating God’s greatness in our lives through the stories I tell.”

She ended her statement by praising God and saying that “He will be reflected in everything I do and say. In the sole motivation of pure love, I hope you’ll join me in sharing God’s hope for all the world this Christmas season. Call that my Christmas wish.”

She literally spoke about leaving Hallmark to work for GAF explicitly because GAF will focus on telling Christian stories and stories about “traditional marriage.” We didn’t pull that out of thin air and it wasn’t a dog whistle, she really said: no gay marriage on GAF, with the explicit subtext of “lgbtq folks aren’t part of MY Christian network!” My guess is that advertisers probably had a lot to say about GAF’s chief creative officer in recent days, huh? That’s sort of how it started at Hallmark too, first Hallmark let in some advertising which included representations of LGBTQ life, then they stuck by those commercials despite protests, then they began to phase in LGBTQ-diverse storylines, and here we are. I wonder if advertisers will pull their ad buys from GAF now. Something to keep your eye on.

My favorite part of Candace’s statement is this, which you know she said with a straight f–king face: “But, given the toxic climate in our culture right now, I shouldn’t be surprised…” Babe, YOU are the toxic climate. LGBTQ people exist, they are citizens, they are consumers and they are a potential audience for your dumb churchy network and you are too toxic to accept them or include them. 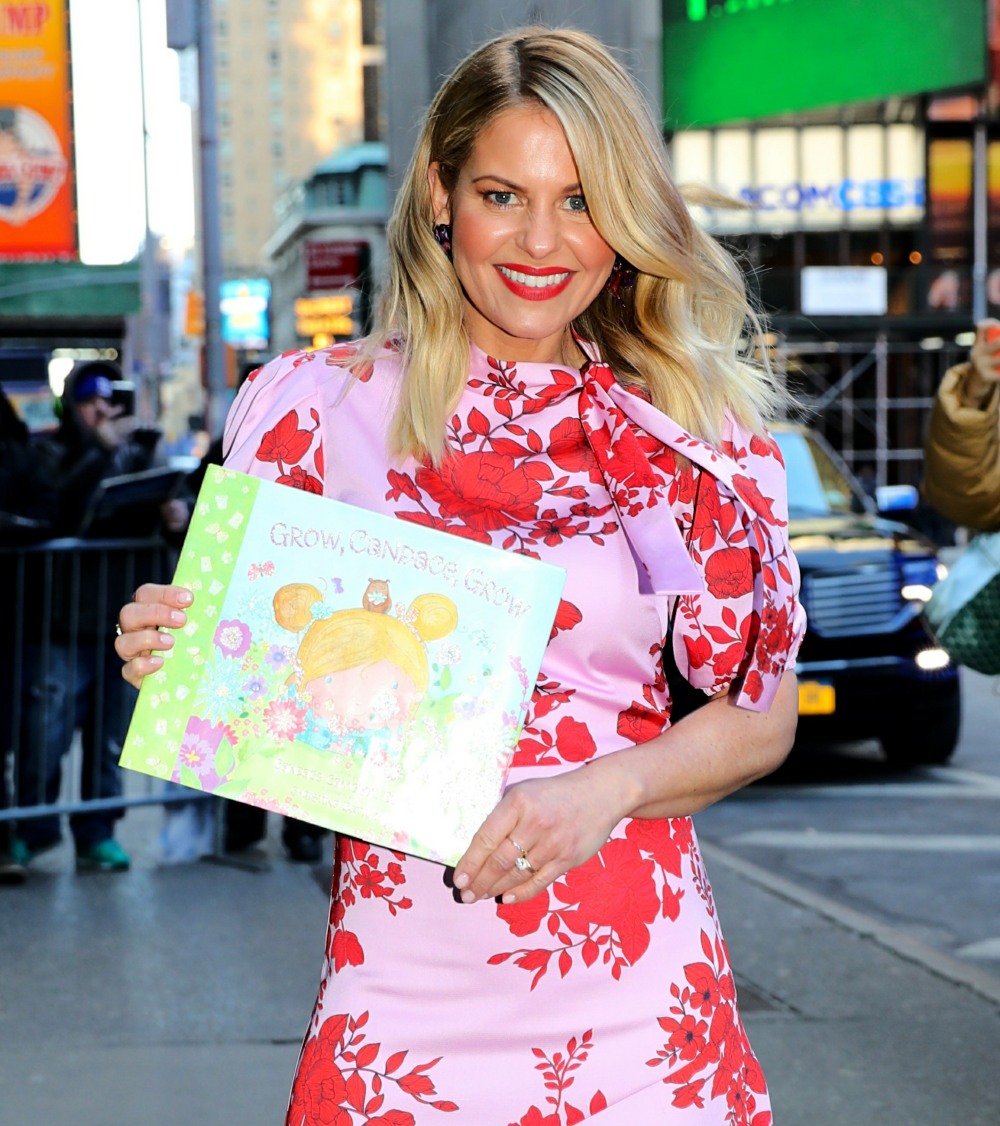