Britney Spears’ hunky boyfriend Sam Asghari has shared a video of himself doing weights at the gym, amid Britney’s conservatorship battle.

Sam Asghari has posted a clip of himself pumping iron, while girlfriend Britney Spears cheered him on. He hit the gym in a grey tank top and grey, army-printed shorts while burning through a set of bicep curls. “Squeeze! Pump iron! Do all those things to make all those veins come out. Sexy man,” Britney was heard saying from behind the camera, as Sam broke a serious sweat.

“She would be a fully booked Trainer to say the least,” one fan commented, while another wrote, “Thank you for always being by Britney side and giving her so much love!!!!” As fans would know, the post comes just days after a judge denied Brit’s request to remove her father Jamie Spears as the co-conservator of her highly controversial conservatorship.

The “Toxic” hitmaker made headlines after she addressed the court for the first time ever, comparing her father to a “sex trafficker” who “loved” having control over her. In her first-ever public testimony, she also said she wished to “sue” her family. “They should go to jail,” Britney said during the 30 minute appearance, later claiming, “I have an IUD in my body right now that won’t let me have a baby and my conservators won’t let me go to the doctor to take it out…they don’t want me to have another baby.” 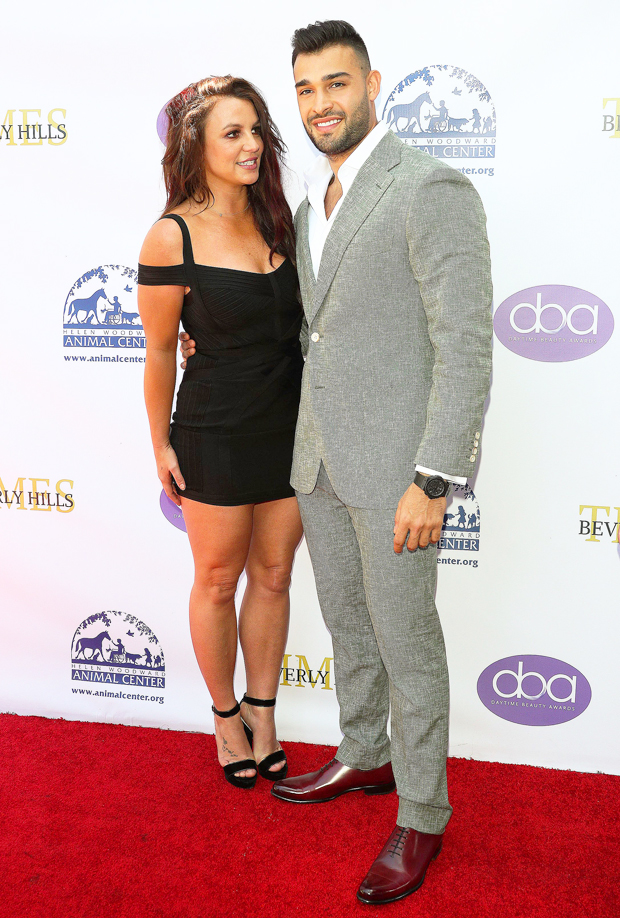 During the June 22 hearing, Britney said she “lied and told the whole world ‘I’m OK and I’m happy’ … I thought I just maybe if I said that enough maybe I might become happy, because I’ve been in denial. I’ve been in shock. I am traumatized. You know, fake it till you make it. But now I’m telling you the truth, okay? I’m not happy. I can’t sleep. I’m so angry it’s insane. And I’m depressed. I cry every day.”

Tags: Britney Spears
You may also like
Recent Posts