Singer Boy George, 58, caught up with Lorraine Kelly on Good Morning Britain today, where he was asked how his mum Dinah was getting on following her hospitalisation earlier this month.

“She was in hospital for two days, luckily it was not corona[virus] related so that’s good.

“And it wasn’t what we initially thought so everything about it was just getting her home from the hospital because obviously with everything that’s going on, my mum’s 82 so it’s not the best place for her to be.”

Earlier this month, Boy George took to Twitter to express his concerns about his mum’s health. 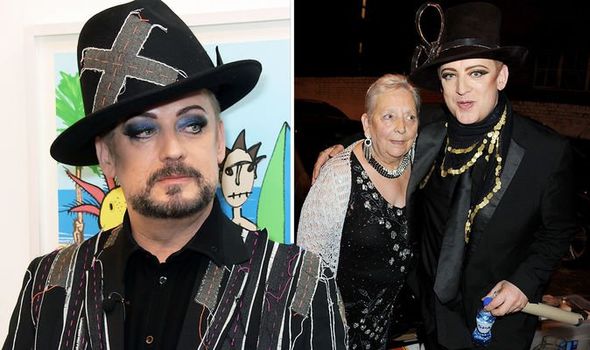 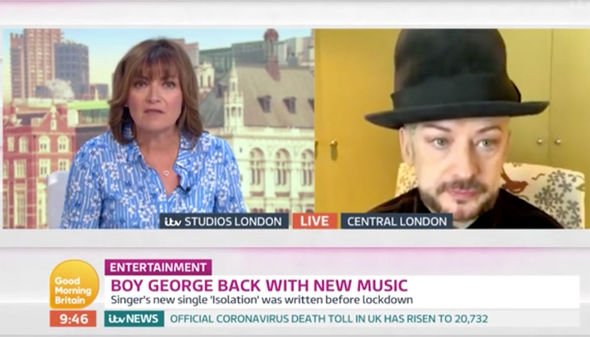 In view of his 472,000 Twitter followers, he wrote: “My beautiful mum is in the Queen Elizabeth hospital in Woolwich.

“A problem with her heart or lungs. She’s stable but they have said they won’t resuscitate her if things go wrong?

“Apparently, it won’t work? How can they know. Please pray!”

The singer went on to say he didn’t believe her illness was due to the coronavirus, which has killed over 207,000 people worldwide. 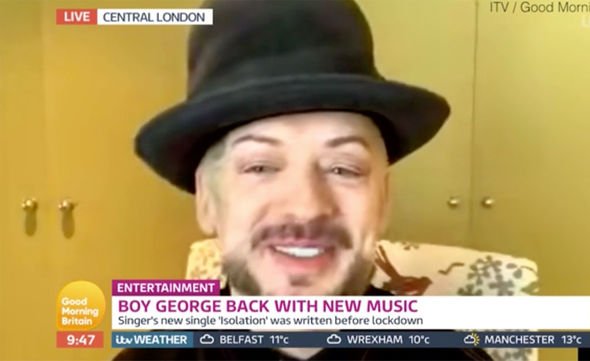 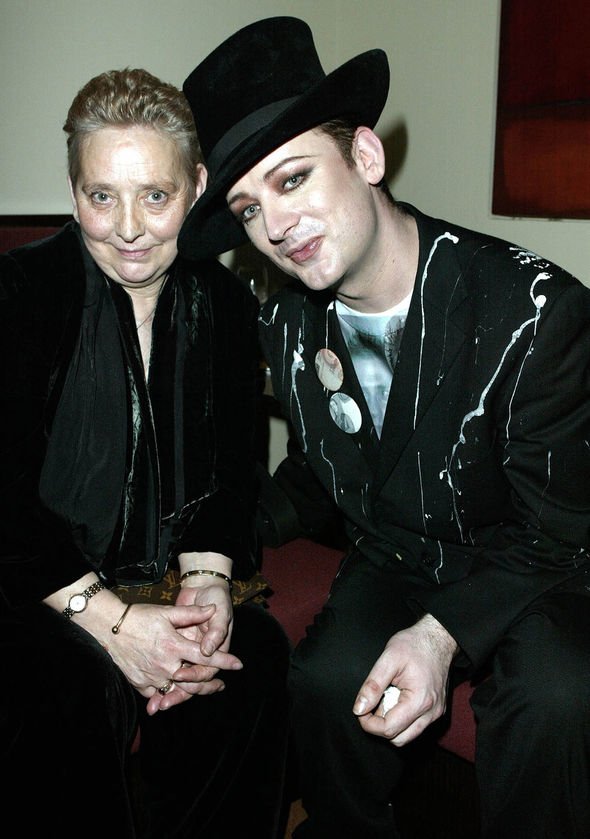 At the time, many of the star’s fans flocked to his post to send their well wishes.

One Twitter user wrote: “I’m terribly sorry! I’m praying for your mum, sending all my love and positive thoughts to her and to you!”

“Oh no, I’m so sorry George. Will say a prayer for her,” a second commented.

Boy George has spoken out about his close relationship with his mum several times in the past.

He addressed his difficult childhood in a tell-all interview with Piers Morgan back in 2017.

During their emotional chat, he spoke about being raised by Dinah after his abusive father left their family home.

He also recalled the moment he found his mum after she took an overdose.

“She took pills. I remember sort of keeping her awake and not really understanding what had happened,” he explained.

He added: “I used to tell my mum to leave my dad when I was like nine.

He went on to say: “My dad was quite an extreme man. [He] could lose his temper and chuck the entire Sunday dinner over and everybody went hungry,” he added.

“He hit us all the time, punched us, but everyone in the 70s punched you. It happened a lot.”