Getting real. Kaitlyn Bristowe opened up about her struggle with anxiety on Sunday, April 18, asking fans for suggestions on how to cope.

Stars Who’ve Spoken About Mental Health Amid the Pandemic

The “Off the Vine” podcast host noted she has “essential oils, reading good news, & calm music” before revealing that she was going to “put on a movie and put my phone down.” She concluded: “If anyone wants to help each other with tips and uplifting tweets please continue. Thank you for your help.” 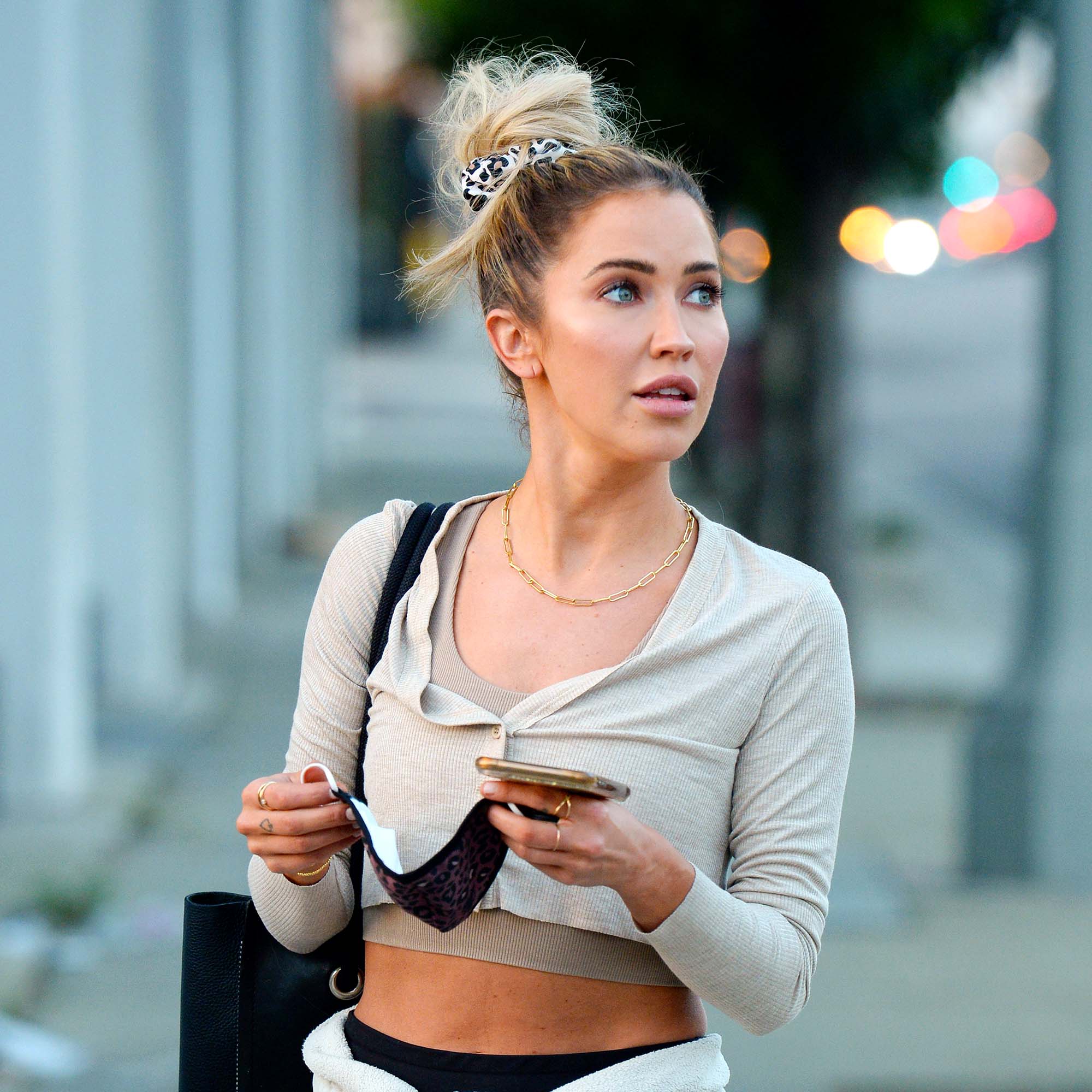 The Canada native, who is currently on location in New Mexico filming season 17 of The Bachelorette as one of the show’s new cohosts alongside Tayshia Adams, then replied to fans’ tips and tricks.

“I know it must be hard not having Jason and the dogs there. Any way you could turn what you’re feeling into song lyrics?” one user tweeted. Bristowe, who shares two dogs Pinot and Ramen with boyfriend Jason Tartick, replied, “It would be a very dark song … haha.”

The Spade & Arrow founder admitted that her dogs, which are back home in Nashville, Tennessee, are “something that I will never take for granted” after one user revealed that they had just lost their pooch. “Usually they help with my anxiety, but I feel so alone,” Bristowe added.

When one Twitter fan suggested “splashing cold water on your face” and taking deep breaths, the reality TV star gave an update on her coping mechanisms.

“I just opened a window and turned on the AC. Being cold helps me,” she tweeted. “Maybe I should watch frozen. I’ve never seen it ha.” Bristowe later wrote that she planned to “get some fresh air” and was using her diffusor to distract herself in addition to chatting with fans.

Hours earlier, the TV personality shared a video with her Bachelorette cohost Adams hanging out by a pool in between filming. “It’s getting weird in the bubble @tayshia,” she captioned the clip. “Melasma masks & white claws.”

Bristowe couldn’t stop laughing as she explained why she was using her face mask as a sun shield. “I forgot a hat, like Tayshia over there, so prepare with her cowboy hat. I’m, like, just roasting my melasma on my forehead,” she said.

Former ‘Bachelor’ and ‘Bachelorette’ Leads: Where Are They Now?

The former Bachelorette stars were announced as cohosts for season 17 of the ABC dating show, starring Katie Thurston as the lead, last month after longtime Bachelor Nation host Chris Harrison stepped back from his duties in February.

Harrison, 49, temporarily walked away from helming the franchise after his controversial comments about season 25 Bachelor winner Rachael Kirkconnell made headlines. At the time, Kirkconnell’s past racially charged actions resurfaced and the Texas native asked fans to show “compassion” for her despite her remarks.

Tags: Bachelorette’s, Bristow, Kaitlyn
You may also like
Recent Posts