Austin Butler didn’t see his family for three years while preparing and starring in his role as the King of Rock and Roll in the musical-drama Elvis.

Sitting down with Janelle Monáe for Variety, the actor, 31, shared the depths he went to in order to get into character of the legendary singer Elvis Presley.

Austin had roughly a year and a half to prepare before they started filming Baz Luhrmann’s biopic, he said. 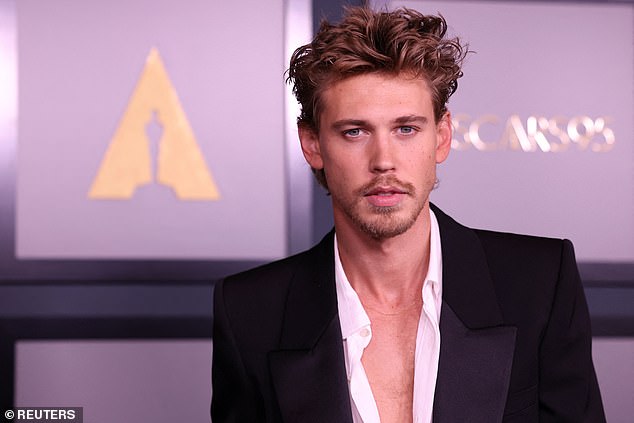 Making sacrifices: Austin Butler didn’t see his family for three years while preparing and starring in his role as the King of Rock and Roll in the musical-drama Elvis

During this time, not only would Elvis be the ‘only thing’ Austin ever thought about, he would also speak in his voice because ‘this is what it takes’.

Speaking to Janelle, he said: ‘During Elvis, I didn’t see my family for about three years. I was off in New York prepping with Baz and then I went to Australia.

‘I had months where I wouldn’t talk to anybody – and when I did, the only thing I was ever thinking about was Elvis. 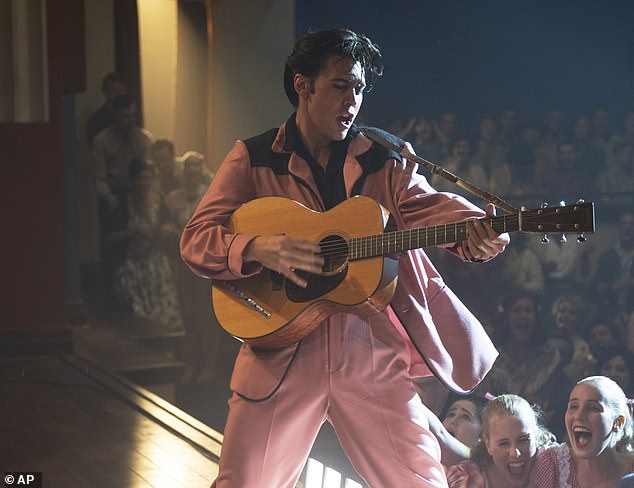 Becoming Elvis: Butler had a year and a half to prepare for the role. In this time, not only would Elvis be the ‘only thing’ Austin ever thought about, he would also speak in his voice

‘It’s the only thing I was focused on. I was speaking in his voice the whole time, so then I talk to my sister and she’s got to listen to that and she’s like “what are you doing?”

‘So I just had to be focused and yeah. This is what it takes.’

Butler has previously opened up on the effects of playing Elvis, admitting he ‘lost touch’ with his own personality.

He told GQ Magazine: ‘You can lose touch with who you actually are, and I definitely had that when I finished Elvis – not knowing who I was.’ 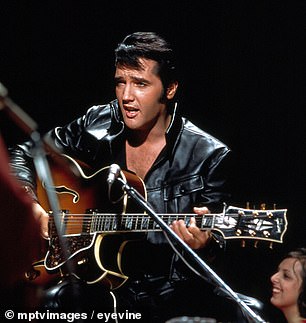 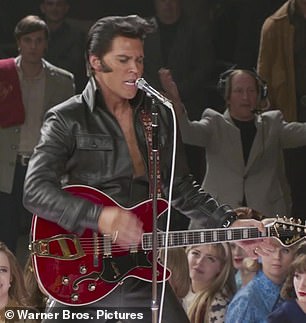 As well as the mental impact of playing Elvis, Austin also revealed he was bedridden for a week after falling unwell one day after wrapping up the filming in March 2021.

Butler said he was diagnosed with a virus that simulates appendicitis and said it was like his body shut down straight after filming.

He said: ‘I woke up at four in the morning with excruciating pain, and I was rushed to hospital.’

Despite the trials of the role, Austin admitted he still finds Elvis’s music ‘comforting’ as he spoke of being a huge fan of the American singer, saying: ‘I’ve never loved somebody I’ve never met more than Elvis.’ 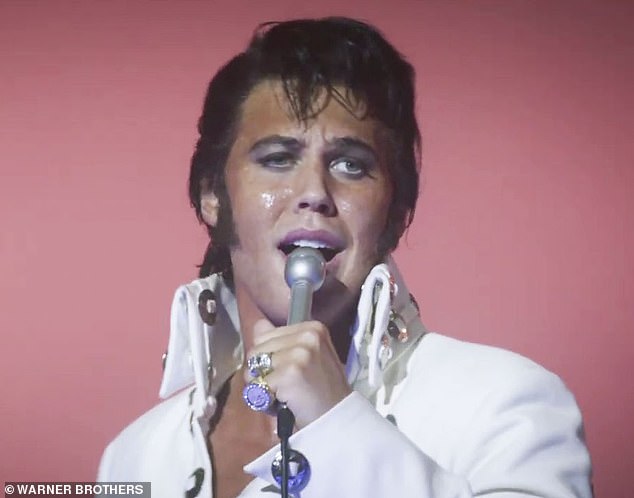 Transformation: It comes after Austin admitted he ‘lost touch’ with his own personality after playing the ‘King of Rock and Roll’ in Baz Luhrmann’s biopic (pictured in character)

Since starring in Elvis, Butler has had continued success.

On Sunday, it was announced that the actor will serve as Lizzo’s guest host for Saturday Night Live.

Hollywood’s new leading man posted the a sticky note picture announcing the news on his Instagram with a single heart emoji.

He also recently landed a role in the Dune sequel.

He opened up about the role to Variety while on the red carpet at the 2022 Governors Awards.

‘I just loved the first film so much,’ he gushed. ‘It was this cinematic masterpiece, so the idea of getting to be a part of that world is just incredibly exciting and Denis (the director) is one of my favorite filmmakers and just an amazing human being.’

The star continued: ‘He’s so kind and I’m a fan of every one of those actors in the film, so I felt really honored.’

The rising star joined the cast of the movie back in March and will appear playing the role of Feyd-Rautha alongside Timothee Chalamet and Zendaya in Dune: Part Two. 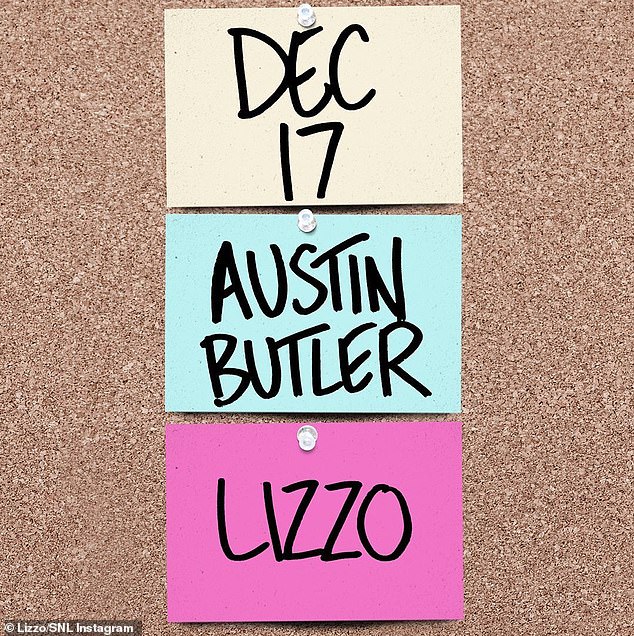 Big night: On Sunday, it was announced that the actor will serve as Lizzo’s guest host for Saturday Night Live