Home
Celebrities
Arnold Schwarzenegger on Caitlyn Jenner’s governor bid: ‘Anyone has a chance’

Does Caitlyn Jenner have a shot at becoming the next governor of California? Arnold Schwarzenegger isn’t ruling her out.

“Well, you know, anyone has a chance,” Schwarzenegger, 73 and a former California governor, said on “Jimmy Kimmel Live!” Monday. “I think that the people are dissatisfied with what is going on here in California and I hope that as many people as possible are jumping into the race and going for it.”

“I’m In!” Jenner wrote in her website launch. “California has been my home for nearly 50 years. I came here because I knew that anyone, regardless of their background or station in life, could turn their dreams into reality. But for the past decade, we have seen the glimmer of the Golden State reduced by one-party rule that places politics over progress and special interests over people. Sacramento needs an honest leader with a clear vision.”

Jenner’s website did not identify her as being affiliated with any political party. A lifelong Republican, she in 2018 executed a political about-face, turning against then-President Donald Trump with a mea culpa column declaring, “I was wrong” about Trump’s commitment to LGBTQ rights.

Schwarzenegger and Jenner are “very good friends,” the “Terminator” actor-turned-politician said, noting that he’s been contacted by several other gubernatorial hopefuls.

Schwarzenegger, the most recent Republican governor of California, also noted the similarities between his victory in the state’s 2003 recall election and Gov. Newsom’s recall election.

“Remember, when I was in the recall election, there were 150 candidates there, and it was a huge circus,” he said. “It was kind of fun to run for governor at that time, and it will be fun this time too for everybody.” 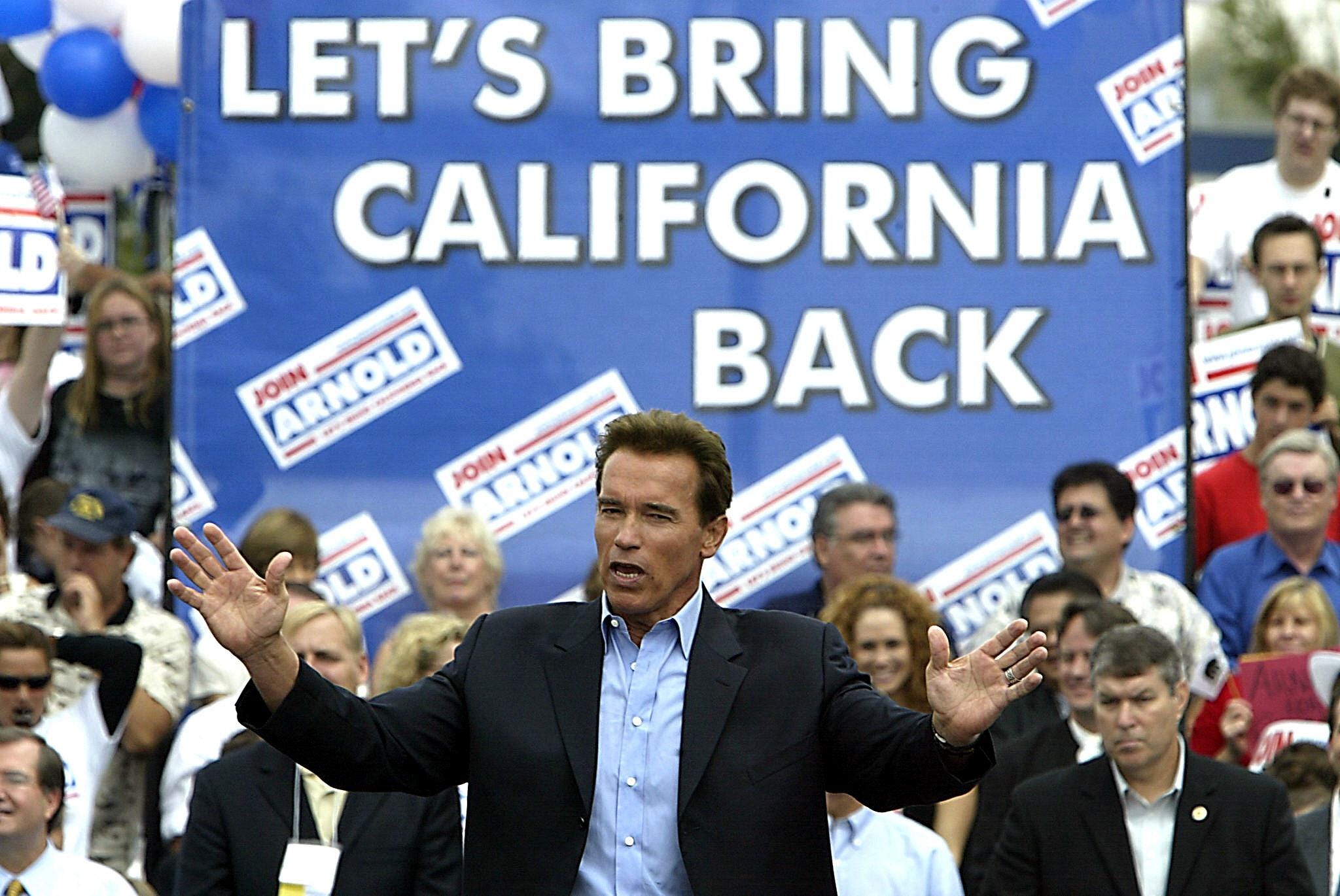 He added: “The key thing about all of this is, doesn’t matter if it’s Caitlyn or it’s anyone else, you have a clear vision of where you want to go, what are the kind of changes you want to make and why are you qualified to become governor. This is what you have to convince the people. All the other stuff is all nonsense because the press will attack you no matter who you are. They attacked me, but then in the end, I won.”