On the same page. Angelina Jolie and Brad Pitt have reached an agreement on “traditional schooling” for their children in their custody deal, Us Weekly can confirm.

A source tells Us that traditional schooling is something Pitt, 56, “had been pushing for and the children’s therapist also recommended. Brad wants the kids to be in a school setting, and not isolated being homeschooled.”

The stipulation would apply to the couple’s five youngest children Pax, 16, Zahara, 15, Shiloh, 13, and 11-year-old twins Vivienne and Knox. Jolie, 44, and Pitt’s eldest child, Maddox, 18, meanwhile, is a student at Yonsei University in Seoul, South Korea.

A source told Us in March that Maddox is currently taking virtual classes at the university while at home with his family due to the coronavirus pandemic.

“Maddox is home from school and focusing on his Korean and Russian studies until school reopens,” the insider said. “Angelina has the other children on a routine by waking them up early everyday and getting them started on their school tasks shortly afterwards.”

Although Maddox is at home for now, the Girl, Interrupted star said that her oldest son plans to return to his university once the pandemic calms down.

“I could not be happier about Mad‘s choice of university,” Jolie told DongA Daily on April 1. “It is of course closed at the moment because of the pandemic. But he’s not transferring schools, he‘ll be going back as soon as things settle.” 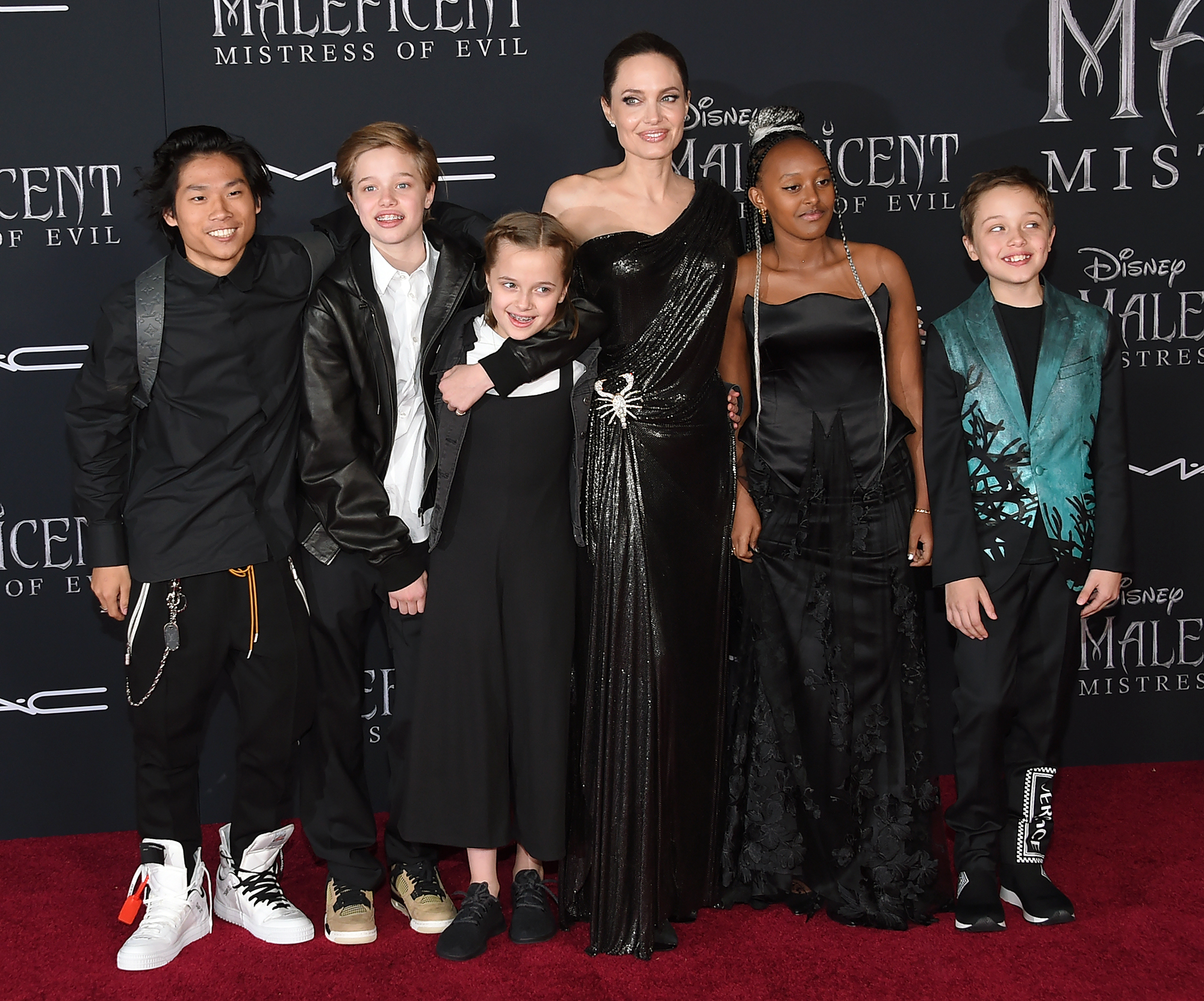 Jolie dropped Maddox off at college for his freshman year in August 2019. Later that month, the Academy Award winner told Us and other reporters that she had conflicting emotions about her son’s milestone.

“It’s hard, but actually really exciting,” Jolie said at the time. “He’s ready and he’s so smart. And I’m so proud of him. And I’m excited. I’m excited about his choices.”

In 2016, Jolie detailed how important education is for their family and revealed all six of her children have an interest in languages.

“All the kids are learning different languages,” the Maleficent actress told BBC Radio 4’s “Women’s Hour” at the time. “I asked them what languages they wanted to learn and Shi is learning Khmai, which is a Cambodian language, Pax is focusing on Vietnamese, Mad has taken to German and Russian, Z is speaking French, Vivienne really wanted to learn Arabic, and Knox is learning sign language.”

Given the constantly evolving nature of COVID-19, UsWeekly wants our readers to have access to the most accurate resources. For the most up-to-date coronavirus information, guidance, and support, consult the CDC, WHO, and information from local public health officials. If you’re experiencing coronavirus symptoms, call your primary care provider for medical advice.

Tags: a, and, Angelina, Brad, Jolie, Pitt
You may also like
Recent Posts