Aaron Carter has been going through a lot. On Sunday, March 29, Carter’s girlfriend was arrested at his home in Los Angeles on a felony domestic violence charge. Carter isn’t keeping quiet about the situation either. Read on to learn about what he’s saying about the whole thing. 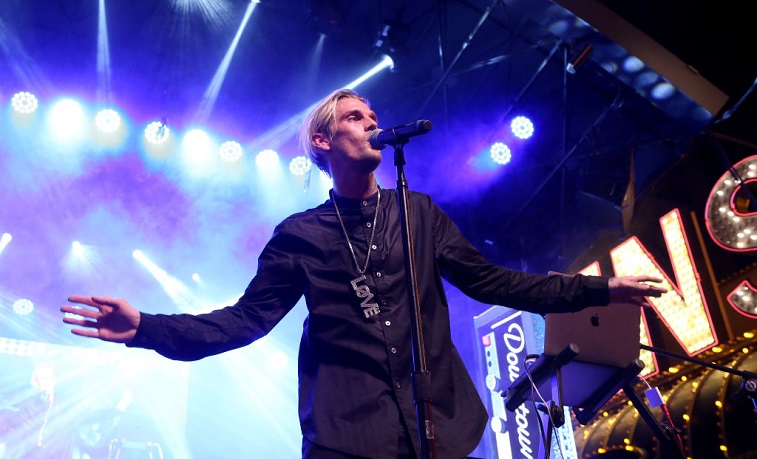 TMZ reports that the situation occurred about 11 p.m. The L.A. County Sheriff’s Department was called because of a verbal altercation that got physical.

Carter shared the TMZ story with his fans on Twitter along with acomment: “So sad, ;( I hope she gets the help she needs. No one deservesdomestic abuse female OR MALE #DomesticAbuse #Cheater she literally chocked meout…. I’m devastated.”

He also took the time to respond to a number of people via Twitter and post some status updates to get his side of things out.

In yet another post, Carter says he’s always “being accused”of things and he went off on a rant. “And here I am always the one beingaccused of being a pedophile animal abuser racists told to kill myself everydayfamily making up horrendous lies about me and contacting me knowing if Irespond I go to jail trying to set me up sister husband its all really sad tosee im devasta,” Carter wrotein another post on Twitter.

Carter also says Martin kept coming back after they supposedly broke up. “Melanie came back four times after we broke up…” Carter said in a portion of the tweet. He also took the time to include a hashtag calling her “Felony Melanie.”

According to Carter, they’ve broken up. He’s already changedhis Instagram page and took down any pictures with her. He also changed hisOnlyFans page so that her name is no longer on it either. It looks like thingsare really over between them, especially after everything that went down withthe police and then the things Carter wrote on Twitter.

Check back for the latest information on Aaron Carter andhis ex-girlfriend.

Tags: Aaron, Carter, on, Responds, Twitt
You may also like
Recent Posts