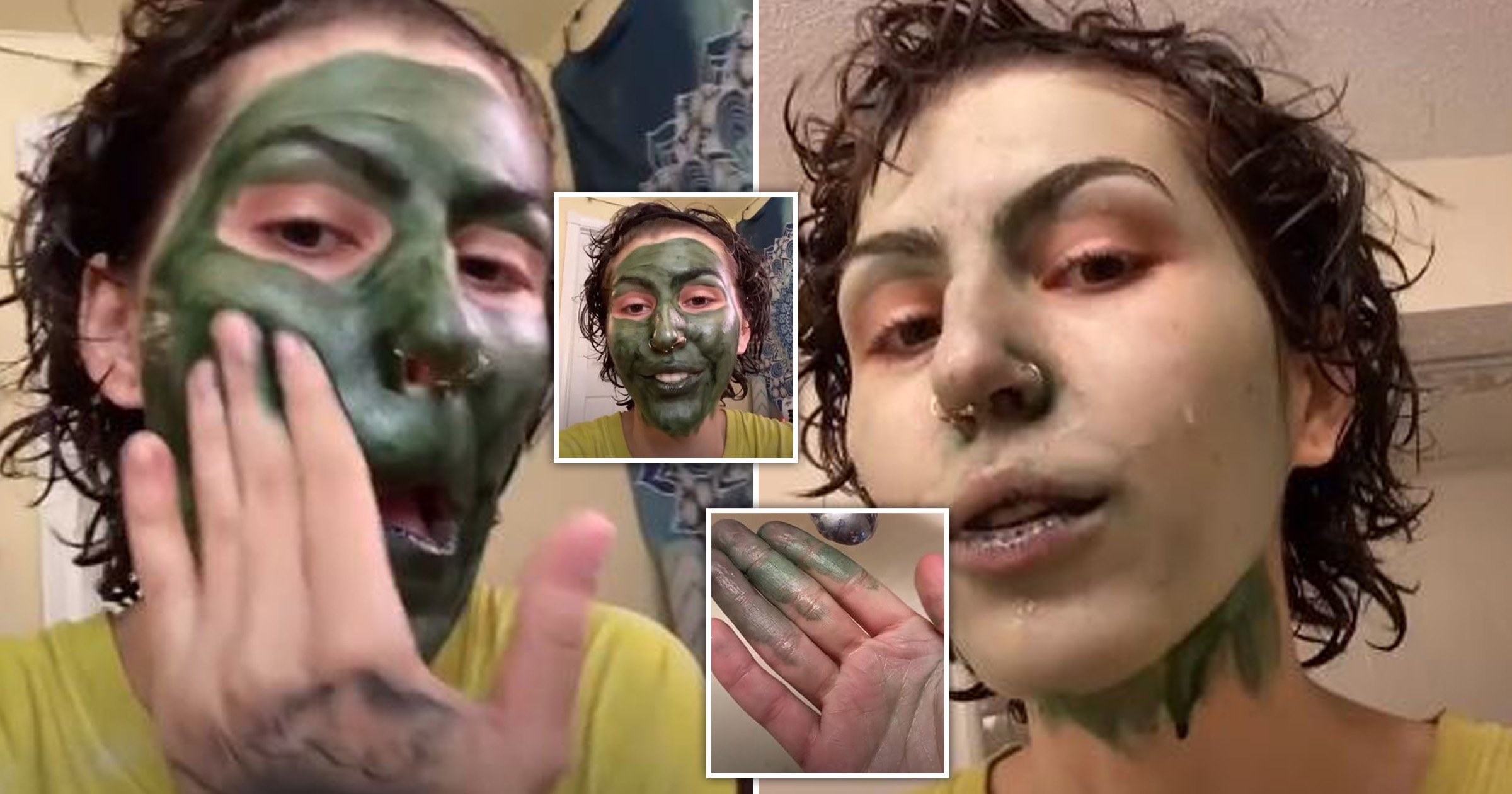 When prepping for a job interview you probably want to tidy up your appearance and iron your best shirt in a bid to look professional.

But take note – trying out a new skin treatment is probably not the best idea, as one woman found out.

Kota tried a chlorophyll face mask the day before a big job interview – but it stained her whole face green.

Chlorophyll is a substance found in plants, which can be derived and kept in liquid form.

Some people say drinking a few drops of it every day mixed with water has helped their skin and it’s become a bit of a TikTok trend. There are some studies which show it could be beneficial.

Others mix it with water and spray it onto their face, but chlorophyll is very pigmented and difficult to get off so using it undiluted is not advised.

Misunderstanding the trend, Kota decided to apply the stuff neat to her face and thought it would rub in.

Unfortunately, in the clip she posted on TikTok, the dark green stuff didn’t just come off.

Even after lots of scrubbing, a hint of the colour remained.

Job interview at Bank of America tomorrow does anyone have any ideas on how I can get this off. Exfoliating did barely anything I’m still green. #help

She said: ‘Job interview at Bank of America tomorrow does anyone have any ideas on how I can get this off. Exfoliating did barely anything I’m still green.’

Speaking to the camera she added: ‘I just saw so many TikTok’s about chlorophyll and people saying it’s just good for so many things.

‘And I have issues with my skin, so maybe putting on chlorophyll on it will work. I looked it up and it says you just have to rub it in your skin a little bit as it can make your face kind of green.

‘I’m having a difficult time rubbing it in.’

Showing her fingers after trying to get it off, she explained they were now green too.

Over 240,000 people watched the clip, with some comparing the results to Shrek, Jim Carrey in The Mask and Elphba in the musical Wicked.

Kota promised her followers she would update them on how the interview went soon.