Home
Beauty and Fashion
We all love having sex on our washing machines – you can be as noisy as you want and the kids won’t hear! – The Sun

WASHING machines may be designed to clean up — but randy couples are giving them a whirl when getting down and dirty.

A shocking study last month revealed that nine out of 10 couples enjoy having a cheeky tumble on their dryers, saying it was the perfect spot in the house to take a load off after a stressful day. 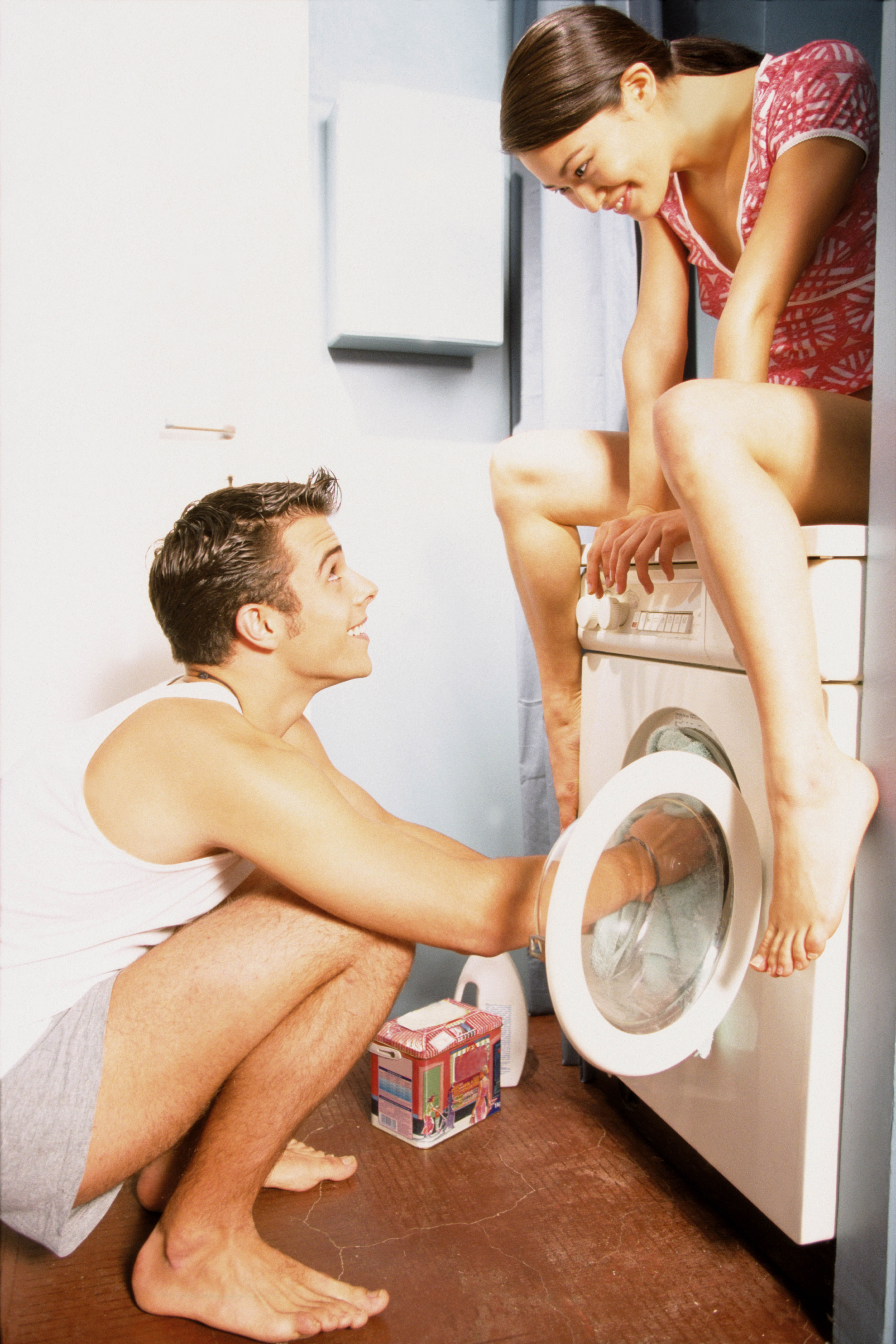 Sex outside the bedroom is proving irresistible to many couples, even during lockdown, while some have even ditched the house altogether to bonk in public.

But for those who are staying indoors, it seems there's no place more arousing for them than where they do their laundry.

Here, three couples explain why they love having sex on their washing machines.

'I was paranoid my son would hear'

Yoga teacher Maxine Morris, 40, is single and a mum of one. She lives in north London 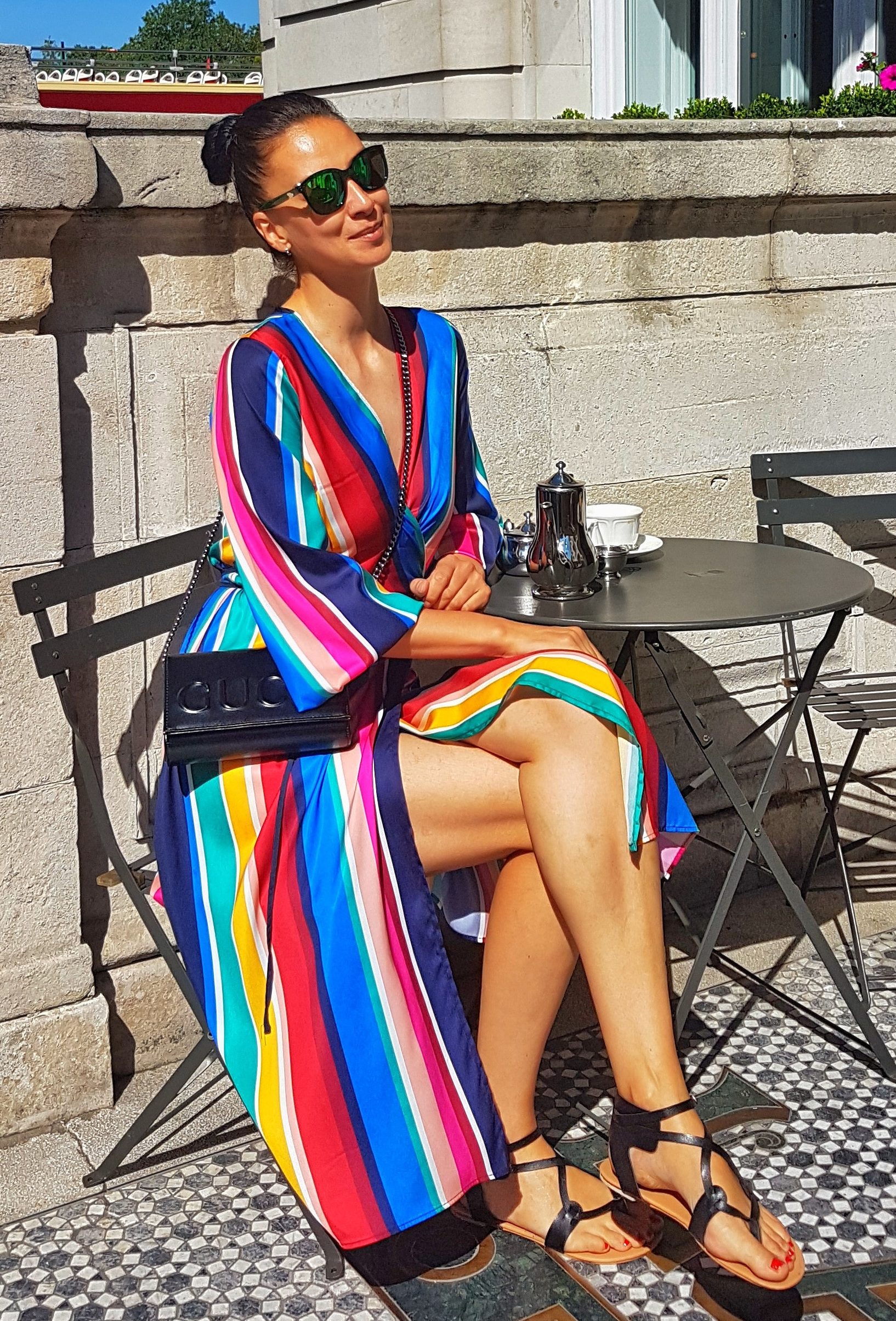 She says: "I swore off sex after I’d had my son. But last December a guy contacted me on Instagram and we started messaging one another.

I’m learning about photography and he is a keen snapper too. We chatted online for a month.

He asked me for my number and we would spend hours on the phone together. We talked about collaborating on a photography project together.

My son started nursery in January and we arranged to meet for lunch in the day time.

When we met in the flesh I realised we had nothing in common except our love of photographing landmarks.

However he is 15 years younger than me and extremely fit. I’m almost 6ft and he was even taller.

When I told him I was almost 40 he looked shocked.

He lives in one room in someone's place so there was no question of me going to his pad.

I invited over him over to mine when my son was in bed. I’ve got a one bedroom flat meaning my son has a bed in my room.

It meant we couldn't have sex in the bedroom. As the living room is next to the bedroom that was out too. 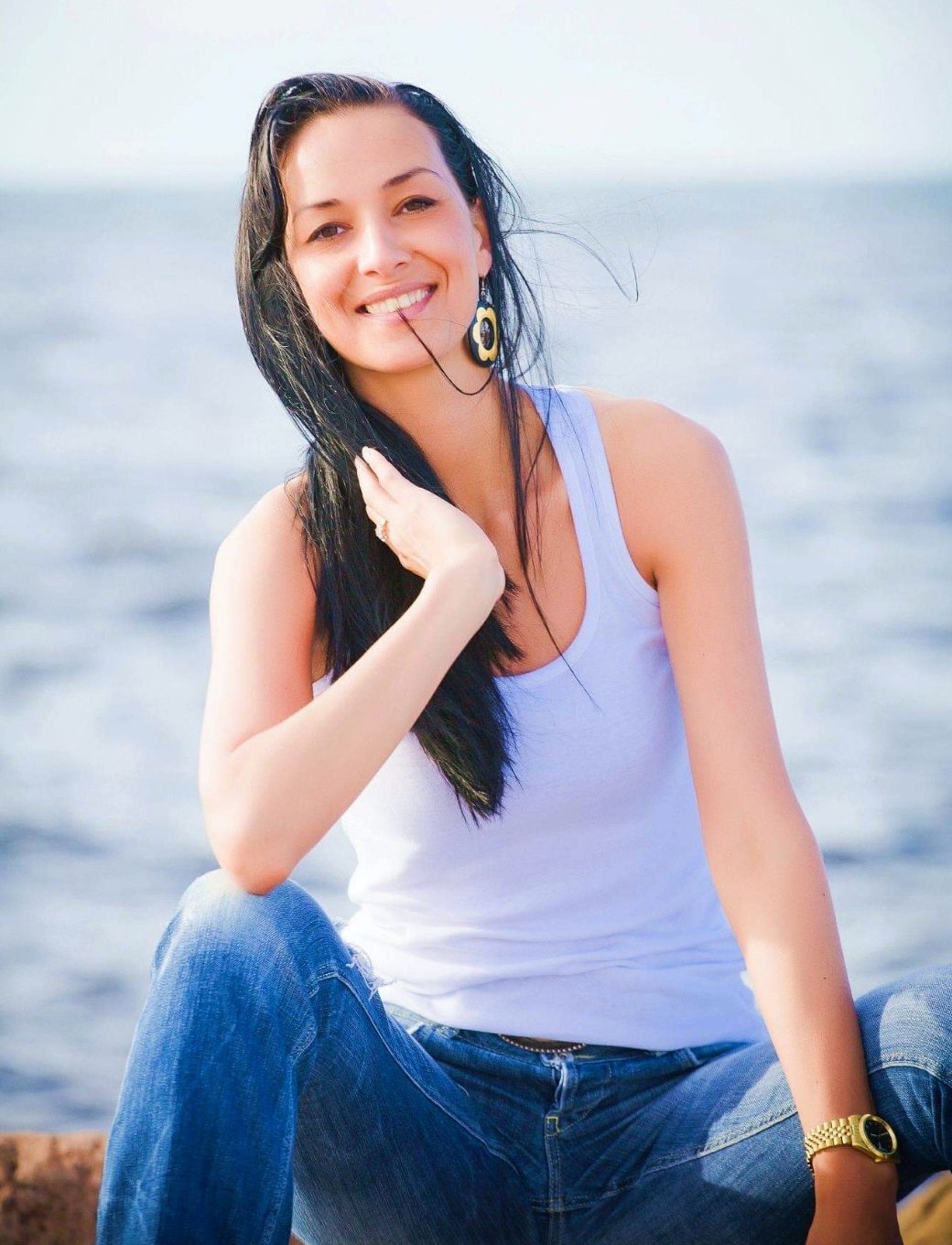 I was paranoid my son would hear us chatting, wake up and want to come in the living room.

So we’d have our date nights in the kitchen. After I’d cooked us something we’d have sex on the washing machine.

He was tall and him standing with me straddled on the top was the best place.

He was so athletic with a washboard stomach that I was able to sit back and let him do all the hard work.

I knew it wasn’t a serious thing between us but doing it in the kitchen meant I got my sexual mojo back.

I just needed him for sex. He had such a fit body it seemed a shame for it to go to waste.

It was crazy. Every surface of my kitchen got christened but my favourite place was on the washing machine.

We’re not seeing each other now. He was fine when we split because of the lockdown.

We only met up for sex — we both know that — and I adored his body.

'On the washing machine, anything goes' 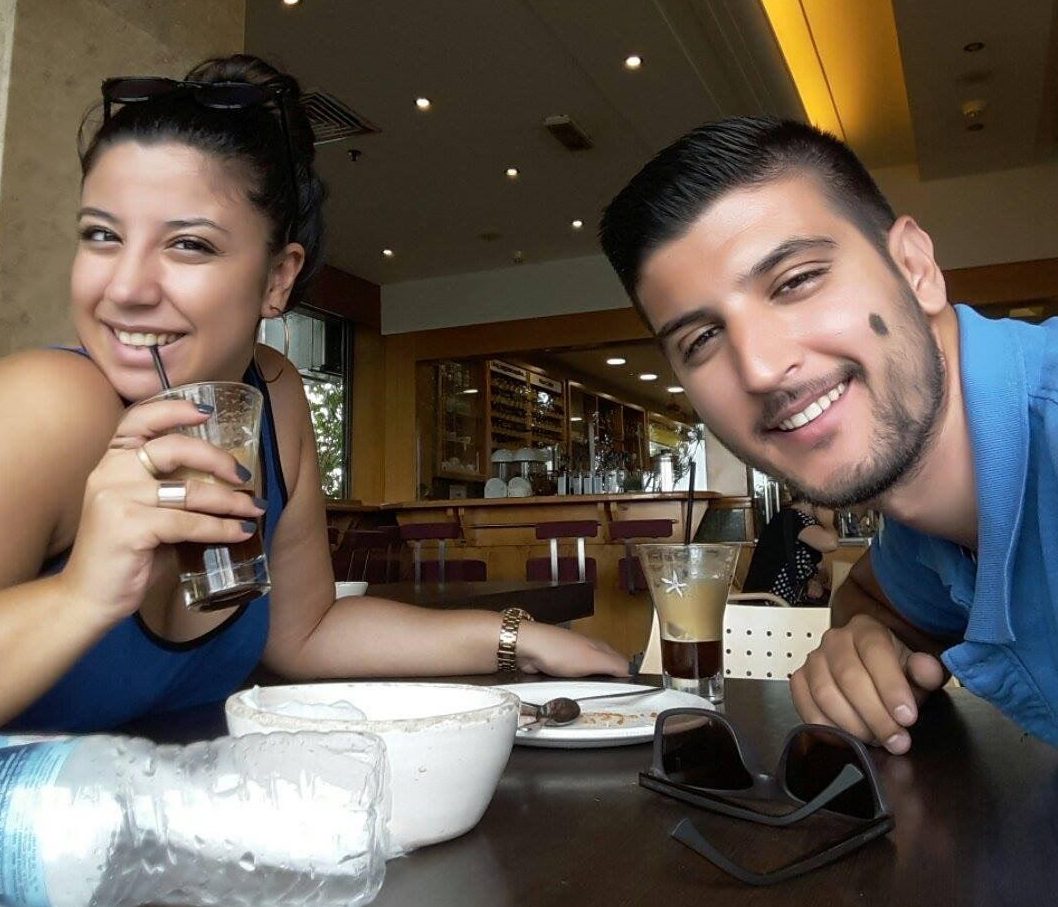 She says: "I moved in with Alex two weeks ago. We knew the lockdown was coming because we'd been following what was happening across Europe.

We have been together since January. For me taking our relationship to the next level is a risk but an exciting one.

I’m normally far more cautious but we are in love-lust right now!

He has a room in his landlord's house. Our bedroom is next to theirs.

It doesn’t give us a great deal of privacy when we have sex.

It’s hard when you don’t live alone and it means you have to be inventive.

Before quarantine I’d tried other places like on the beach, in the car or outside in a forest – but that’s normal for my generation.

When I first had a mooch around the house I discovered that the laundry room is far away.

I then had an idea. If we really want to ‘play’ without being noticed then this is ideal.

It was totally my idea to have sex on the washing machine. Alex laughed when I suggested it and told me I was crazy.

I justified it by saying with our laundry on we won’t be heard. I wanted to experiment and spice things up.

I’ve always wanted to try it and so sat on top of the machine.

The first time we did it the sex was amazing. We could be free with zero risk of being heard. 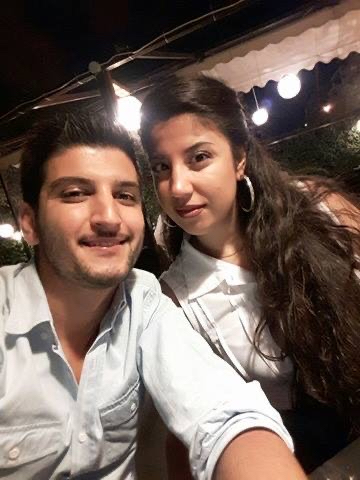 I’d already told Alex I needed to be able to make love with abandon. A big part of sex for women is being able to cry out at the right moments.

In our bedroom we have to keep quiet and can’t make a lot of noise. On the washing machine anything goes.

There is a risk of getting caught — but we are careful.

We usually pick a time when his landlord and girlfriend are engrossed in a Netflix binge.

I’ve done it enough times to know a fast cycle is best!

While I probably wouldn’t discuss it in real life I told a friend of mine about it when we were on FaceTime together. She even tried it too.

My boyfriend and friends were shocked at first. But my attitude is you only live once!

'I tell all my girlfriends'

Carer Janice Granger, 60, is married to Roger, 56, a bathroom and kitchen fitter. They live in High Wycombe and have four sons aged 28 to 33. 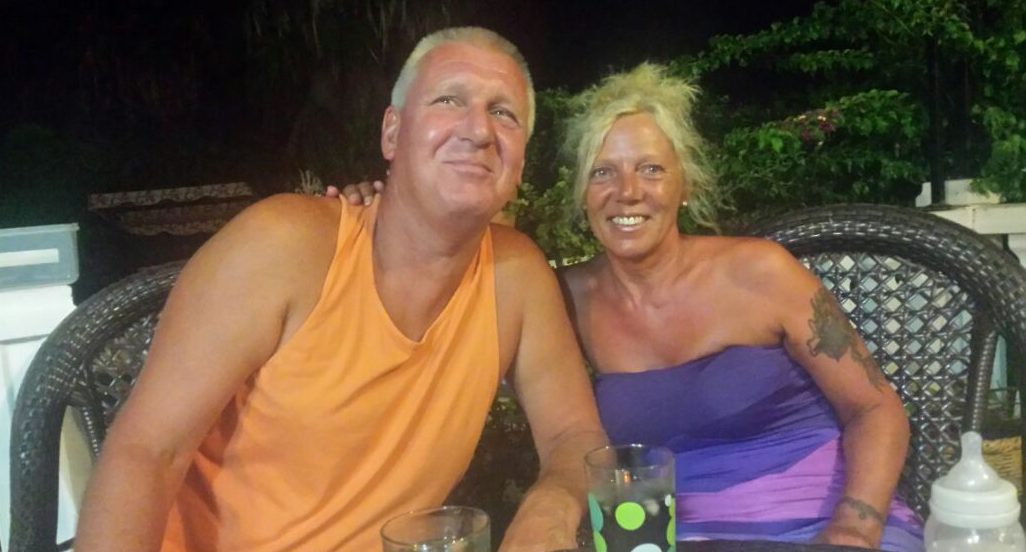 She says: "We’ve been married for 32 years. When Roger and me first got together we were at it like rabbits.

We both have a high sex drive and when our first-born came along we continued to have regular sex while I worked and ran the home.

When our second son was born 18 months later juggling sex with childcare got tricky.

Then our youngest two came along. We managed to squeeze sex in but it didn’t happen very often.

It’s a disaster trying to do it in the bedroom. We’ve had a few awkward incidents

My sex drive disappeared during the years I was bringing up the children — Roger’s didn’t.

He still wanted sex — but I had to reprioritise and it wasn’t at the top of my list.

Sex on tap was no longer happening!

Before the children came along we’d enjoy sex 2-3 times a week. Now I had the housework, the children, meals, shopping and working to juggle.

So we got used to quickies or on the occasional night out when we had babysitters staying over!

I also got thinking about how best we could be together. So during the kids' childhood we would sneak out to the garage where the washing machine and tumble dryer was. 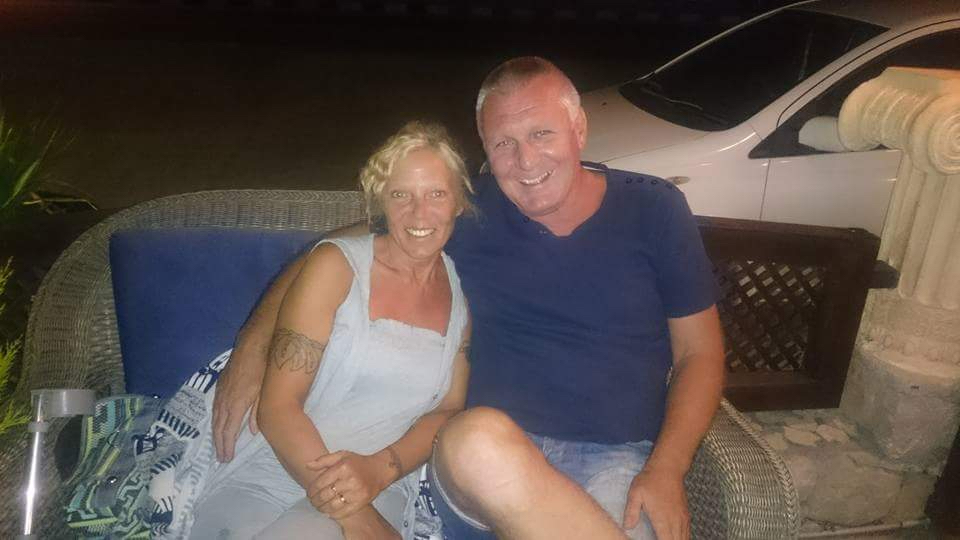 We always had laundry on the go. It was entirely likely that the washing machine would ‘break down’.

We didn’t have a lock on the garage door though.

So we’d be quick and have sex on the washing machine or the tumble dryer.

That was our go-to place when the kids were at home and there is still one living with us now.

It’s a disaster trying to do it in the bedroom. We’ve had a few awkward incidents.

One of our sons is living with us and he walked into our bedroom without knocking. He asked innocently why we were in bed before finally clocking what was probably going to happen until he interrupted us.

That’s why if we fancy a quickie and the house is full I will go out to the garage. On cue I call Roger asking him to look at the washing machine for me.

There is a risk of getting caught. The kids still store their stuff in the garage. I have to remind Roger to be quick.

And yes I do tell my girlfriends — if only to give them the idea!

Tags: All, Having, Love, on, Our, Sex, we
You may also like
Recent Posts