Home
Beauty and Fashion
Nike, Martine Rose Say ‘The Future of Football Isn’t on the Pitch’

LONDON – England may have lost the 2020 Euro Cup to Italy in a penalty shootout, but that hasn’t stopped the British designer Martine Rose from sending a message of unity and optimism with her latest film project, and putting women’s football in the spotlight – for a change.

Rose has just debuted “The Lost Lioness” alongside Nike, a virtual experience meant to mark 50 years since the English female football team, made up of women ages 13 to 21, travelled to Mexico City to compete. It also looks ahead to the UEFA Women’s Euros next year, when England will get another chance to bring the cup home.

As part of the experience, Rose created a 3-D snapshot of a British public housing estate, complete with laundrettes, shop fronts and English flags. Once viewers make their way through this virtual landscape, they’re invited to watch a film by Rose and the photographer Rosie Marks showing a mixed cast of characters playing football everywhere from the corridors in their apartment blocks to makeshift indoor pitches. There are also plenty of tea breaks. 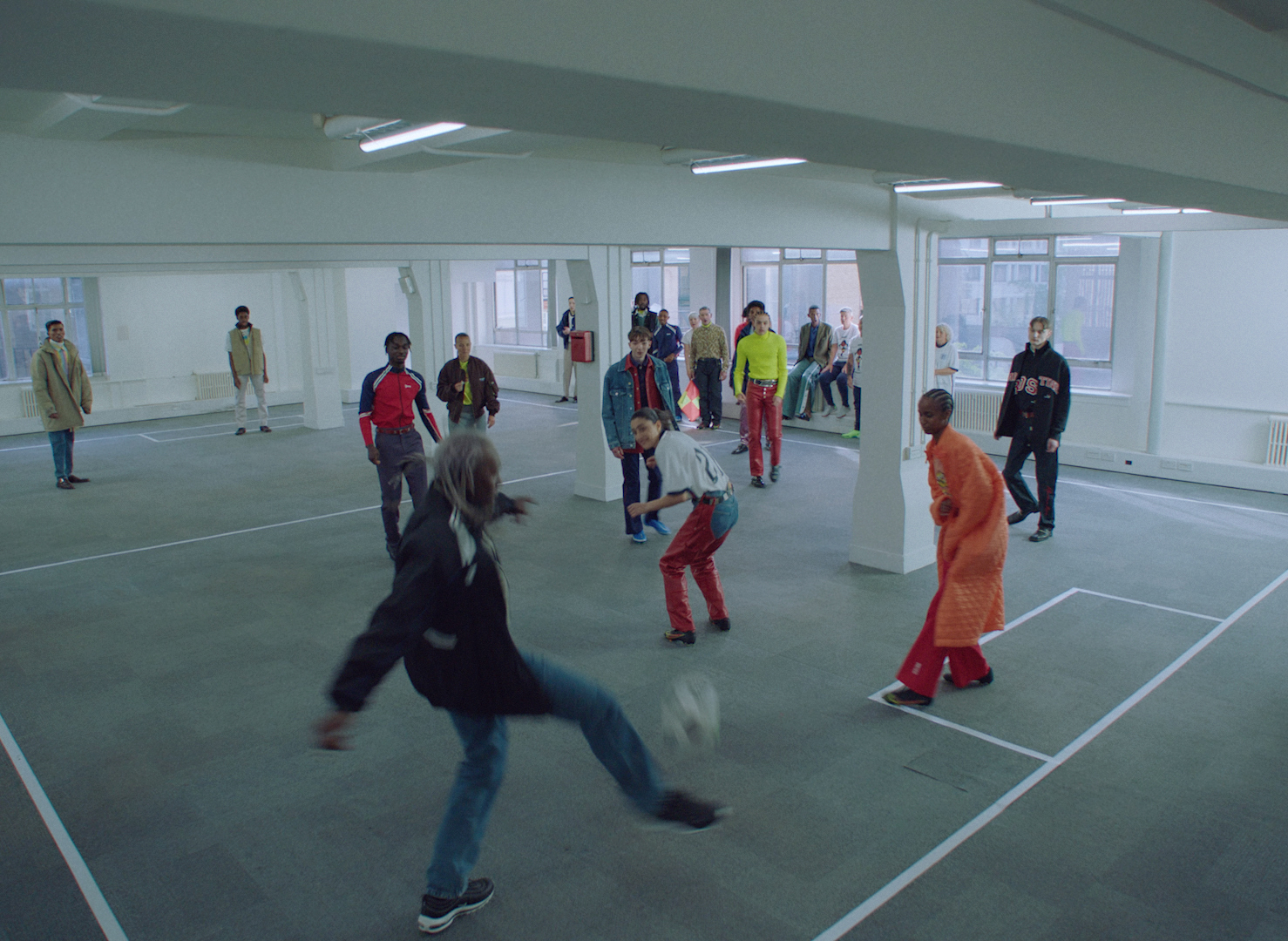 Artists, models, and athletes — including an ex-professional New Zealand player; a footballer playing for a disability team in London; and the first female referee at an English football league match — come together in the short film.

They embrace Rose’s signature mix-and-match aesthetic, wearing bright knits, sporty parkas and oversized tailoring from her fall 2021 collection, as well as a genderless version of the England football T-shirt, created with Nike and featuring a double crest.

“The future of football won’t be decided on the pitch. It’ll be made by the extraordinary people who wear their shirt on the terraces, at home, or in the park where football is open to anyone who wants to play,” said Rose, who has been shifting her focus to see-now-buy-now collections, presented through interactive films and virtual experiences.

Last January, she made her film debut by showcasing the private lockdown lives of some of her creative friends, Drake included.

Tags: Martine Rose
You may also like
Recent Posts