WHEN mum Rebecca Conway heard about the TradWife movement – where wives do everything and their husbands are the main breadwinners – she was all for it.

The 25-year-old, from Manchester, believes that women should be feminine and obedient for their husbands, take on all the household chores like cooking, cleaning and tidying up, and freely admits her man has never made the bed, emptied the dishwasher or done a load of laundry in the six years they've been together. 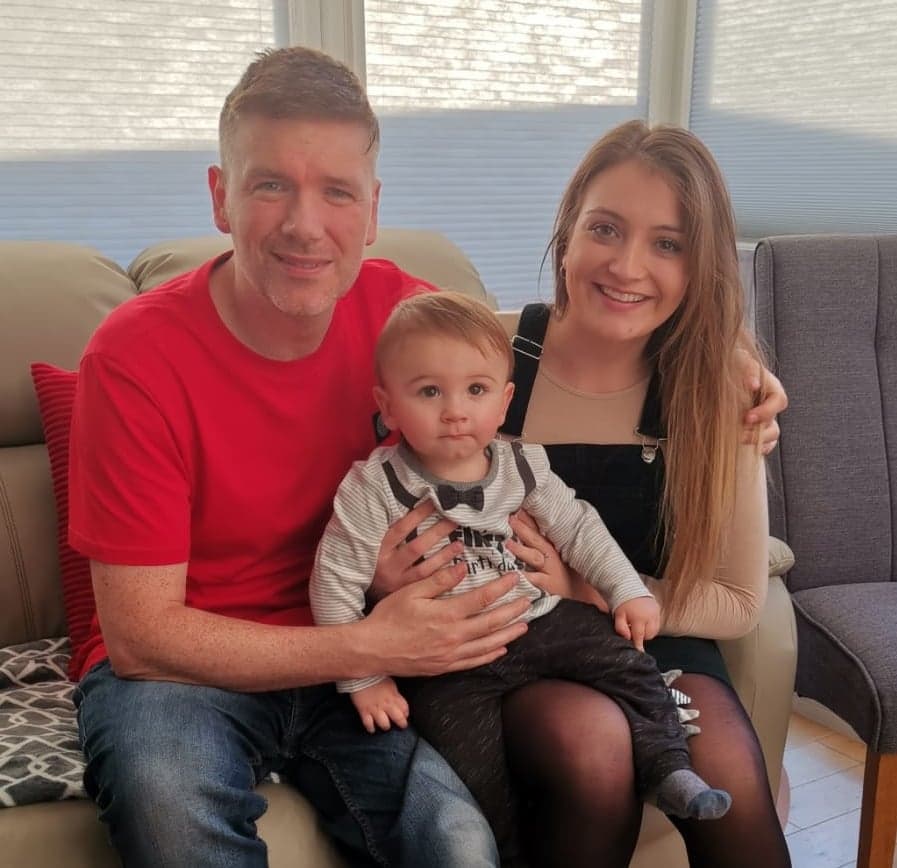 "There are male jobs, like cleaning up dog poo, and female jobs which is everything else," she says.

But, of course, not everyone agrees.

People have called Rebecca 'outdated' and 'anti-feminist' for her views but the mum to Jenson, 18 months, is adamant her views won’t be swayed.

“I stand by what I believe,” the kitchen designer told Fabulous. “My husband Lee, 43, owns his own IT business and is the main breadwinner so he doesn’t want to come home to a scruffy house. 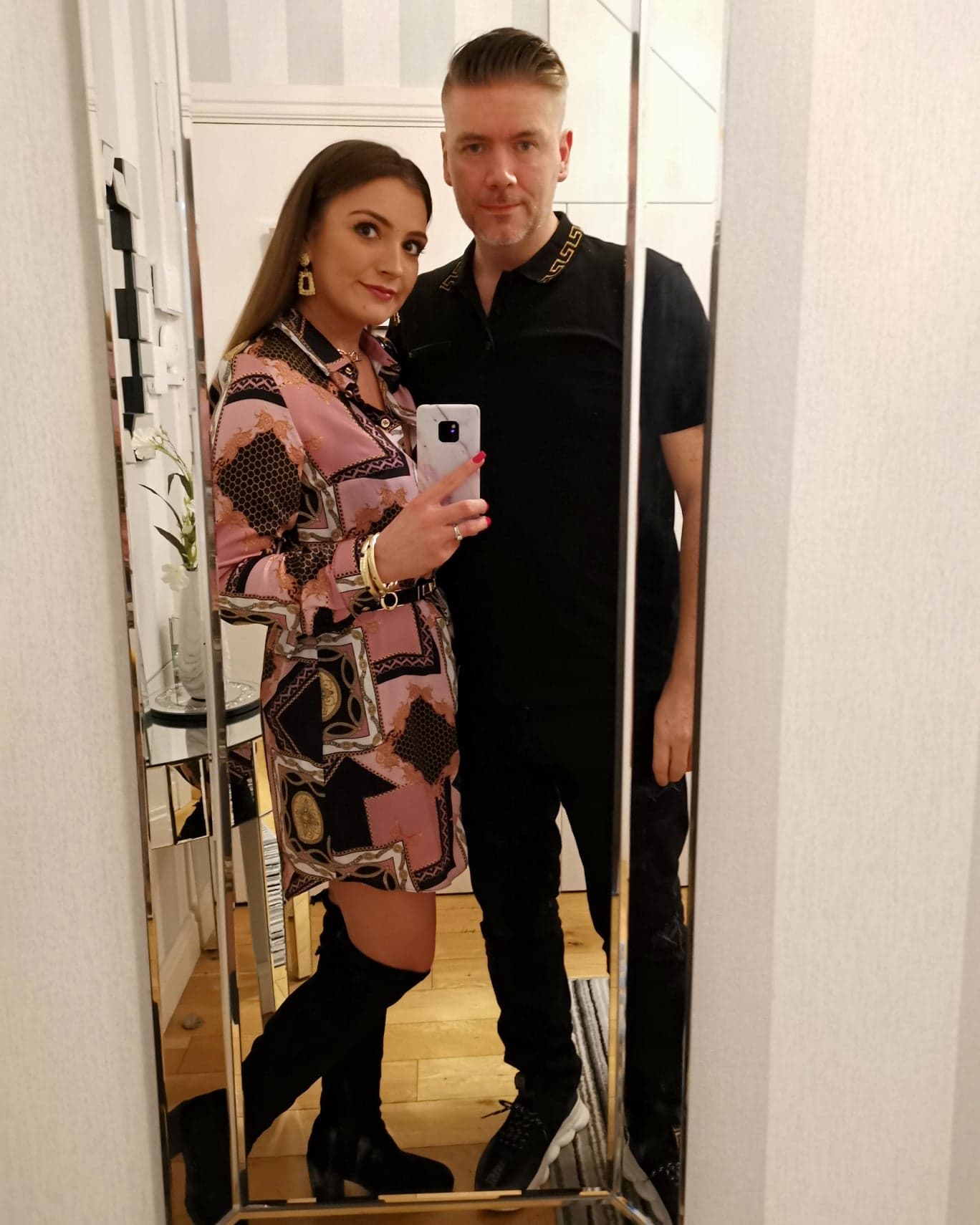 “It’s my job as his wife to keep it tidy and nice.

“He’s never made the bed in the six years we’ve been together but so what? It’s not his job.”

Rebecca admitted her relationship with Lee, who she met on a night out in Nottingham, started as it meant to go on. On their first date to Starbucks he paid – and she would have been annoyed if he hadn’t.

“On a first date a guy should always pay,” she said.

Lee’s never made the bed in the six years we’ve been together but so what? It’s not his job.

They moved in together a few months later and she wasn’t fussed he didn’t even know how to use a washing machine.

“Lee and I both share really traditional views,” she explained.

“I’m not a stay-at-home mum but still do all the cooking and cleaning.

“I always make the bed. He's never made the bed but I don't really expect him to. 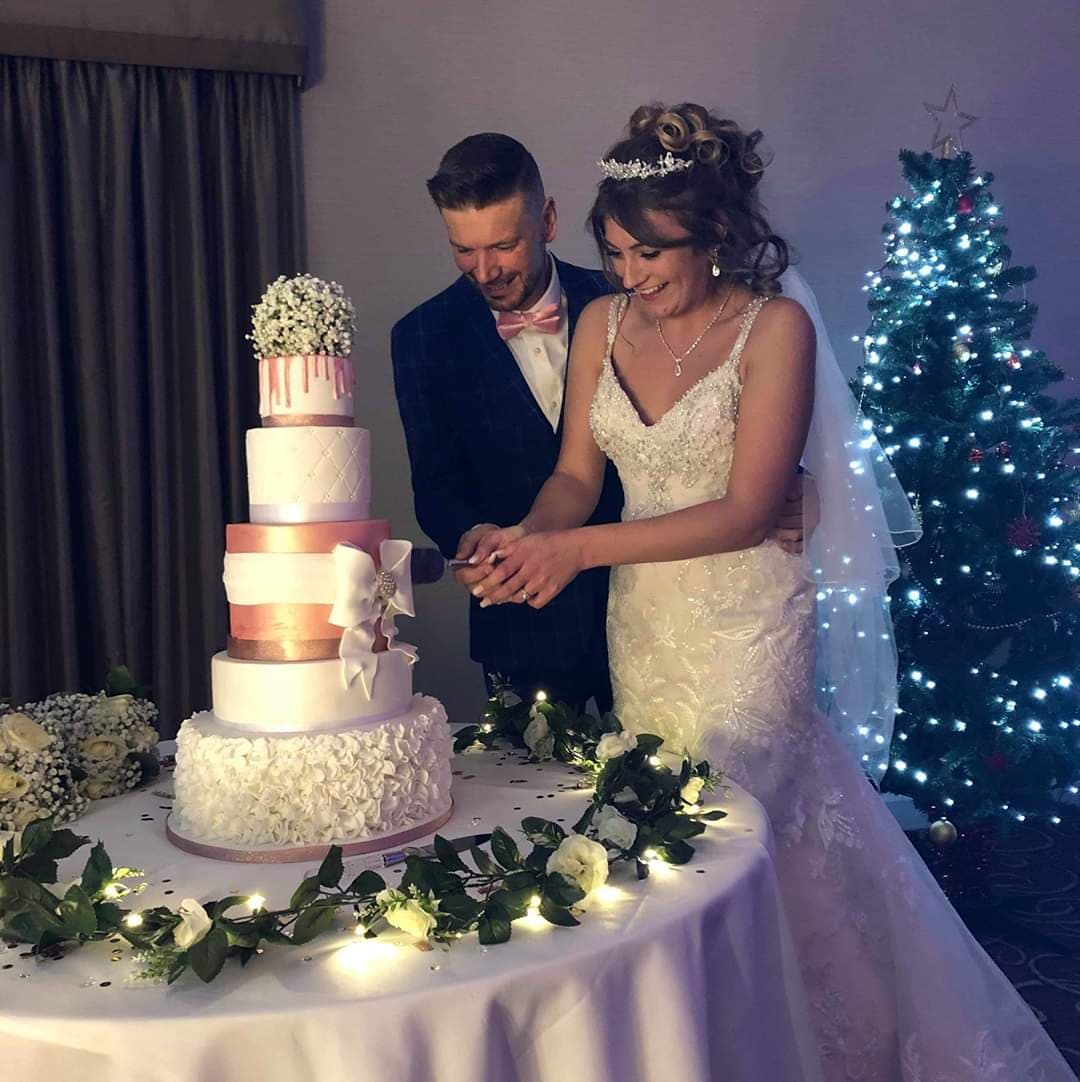 “With him being a bloke he doesn’t know how to do it properly and I don’t mind that.”

Rebecca dates her traditional views back to her childhood, when her mum Dawn, now 62, would vacuum for hours and make sure their home was incredibly clean.

She explained: “I am traditional in my views. My mum always said there was no excuse for a home to be messy and I agree.

“I make sure everything is really clean for Lee – it is how we both like it.”
She told how her day started at 7am with her making breakfast for the family.

“The kitchen is always clean when I wake up because I scrub the surfaces the night before,: she explained.

“Then I disinfect and polish everything. 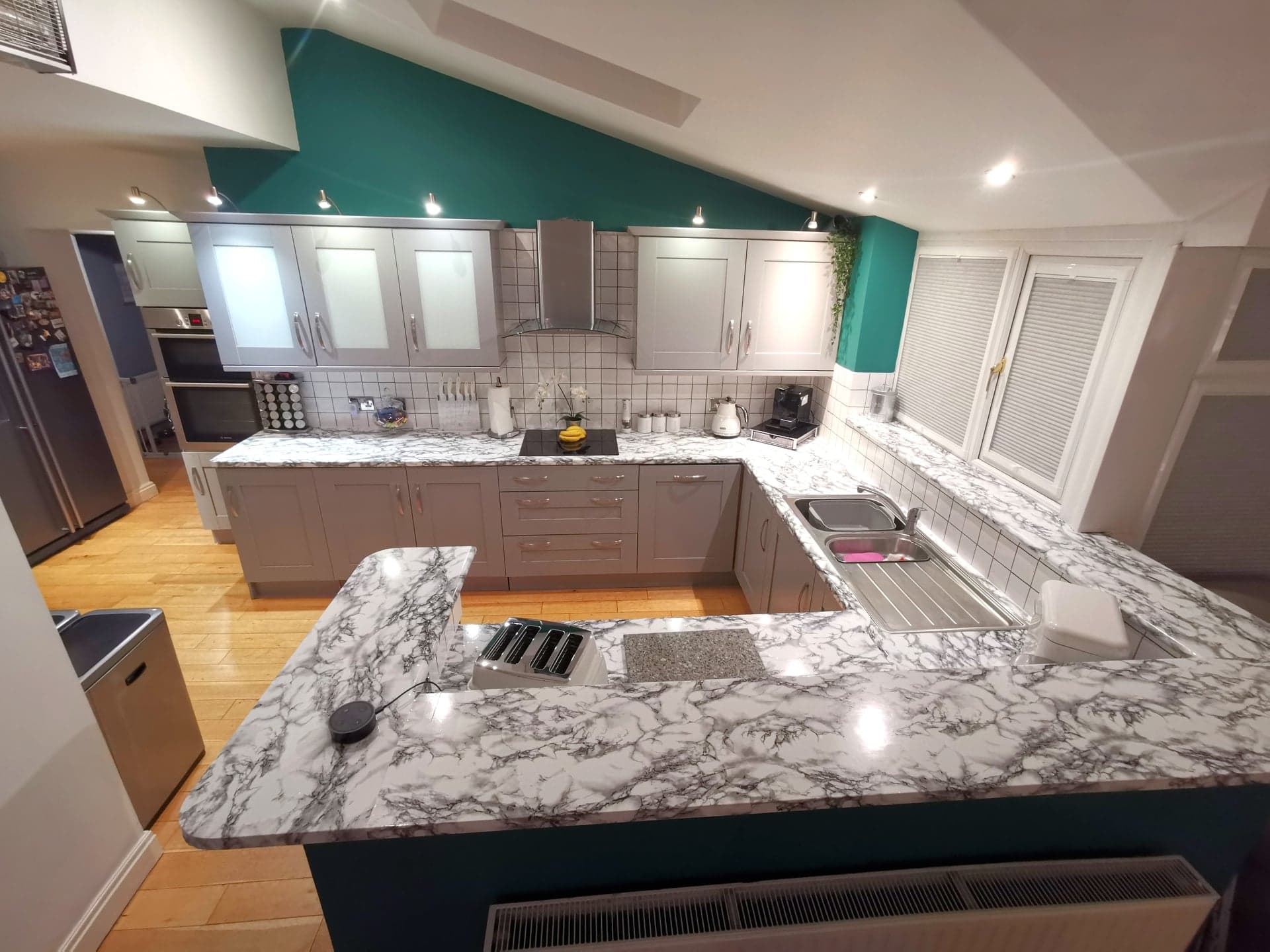 "I always say, ‘what should shine does shine’. So chrome fittings and the kettle gleam.

“Once all the sides are wiped down, I vacuum the house and wipe the floors down.

“I do this everyday and Lee never helps.

“Jenson plays or follows me round.”

This takes around three hours – she also bleaches the loo, cleans the bath and their fishtank too.

“It needs doing even if it takes three hours daily,” she said. 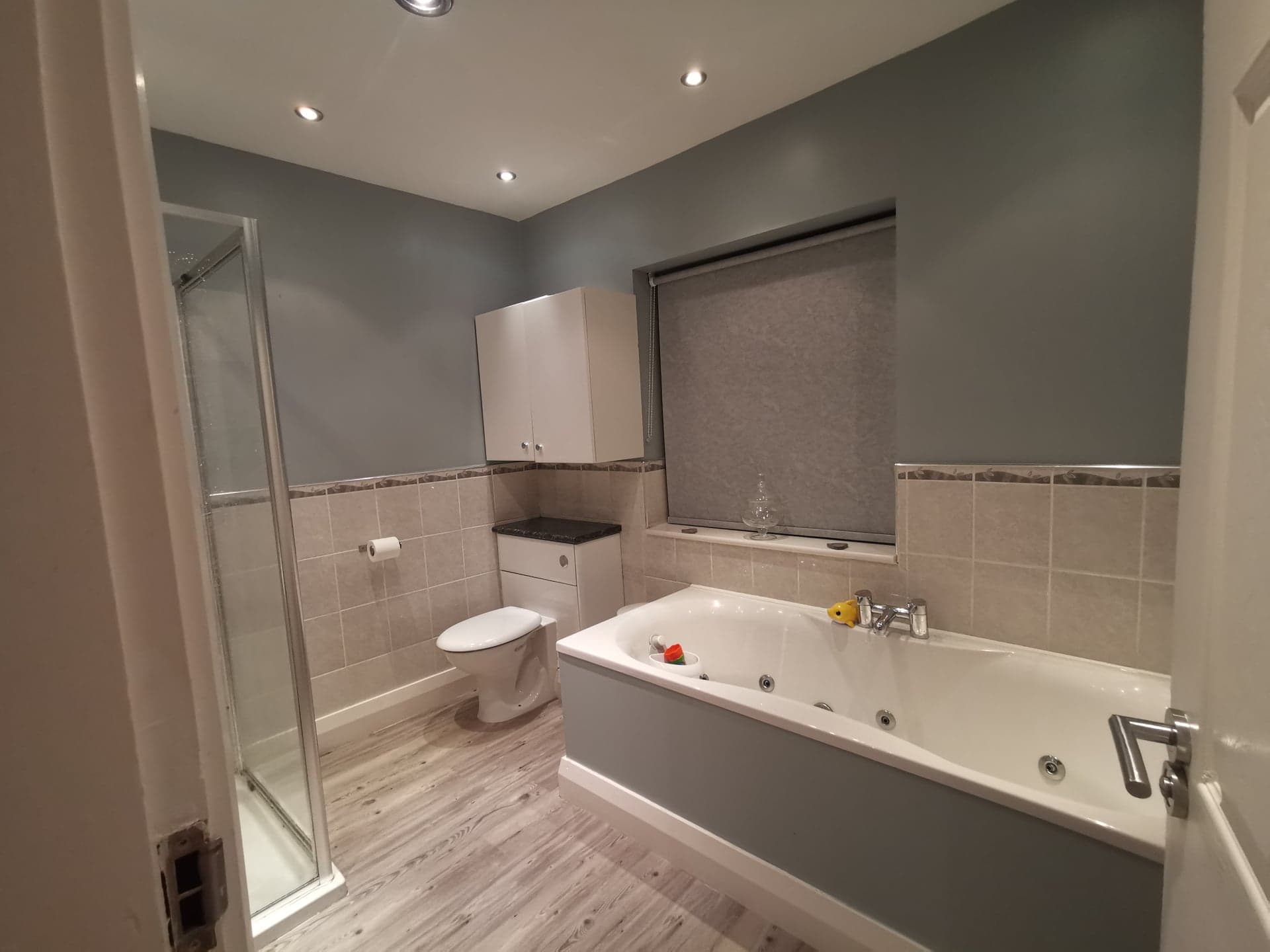 Lee, at work, never assists – and this is how his wife wants it. “He never does anything but I really don’t mind,” said Rebecca. “He picks up the dog poo and will empty his shed because those are manly jobs.”

She also always makes dinner and washes up. “I’m not a great cook so it is usually just spaghetti bolognese or a curry, but I always try,” she explained. “I’ve a slow cooker so I make them in the morning.”

“Whereas Lee can’t use the washing machine he can use the dishwasher – although he wouldn’t load or unload it,” she adds.

She confessed sometimes she felt like she couldn’t be bothered, but always ended up cleaning.

“If I haven’t done it it would be playing on my mind,” she said.

If you don't work and your fella is working and you've sat on your arse all day you should do something – I'd be embarrassed.

But Rebecca says people have attacked her for her views and she recently came under fire when she read about Mrs Hinch-fanatic Amanada Knowles, 42, from Kent, who scrubs for seven hours a day and commented on our story.

“Sounds like a fantastic housewife,” Rebecca wrote at the time. “Nothing to be ashamed of. She is doing an amazing job.

“If a woman doesn't go out to work I don't see how her house could be a mess? Even if you don't have much money there's no excuse for not having good hygiene and keeping tidy," she added.

But one fellow-mum disagreed saying, “It is literally comments like this that give me a knot of anxiety in my chest. I'm a stay at home mum to a one-year-old and the pressure I feel to keep an immaculate home and prepare nutritious meals is huge!” whereas another added: “If you're out then a mess can't be made. In with kids, you have no chance of keeping it tidy!”

Some friends have questioned her actions too.

“I’ve been told I am too extreme and need to live a little but it is like my mum says, ‘your house needs to be ready for anyone to knock at your door.”

But she didn’t judge people whose partners did help and admitted it was her choice, not Lee’s, to act this way.

“My friend’s partner does half the chores and that works for them, so that is fine,” she said.

And Rebecca, who loves Mrs Hinch but says she isn’t her inspiration, said mums who didn’t work should be embarrassed if their homes were unclean.

"If you don't work and your fella is working and you've sat on your arse all day you should do something – I'd be embarrassed,” she said.

“But I’m a perfectionist and can’t imagine my man doing everything alone. I’d expect Jenson to be able to vacuum but not to do everything – it’s women’s work.”

Meanwhile this mum transformed her husband’s tool shed into a beauty station for her three daughters.

And these are the most popular girls and boys’ names in the world for 2019.

Plus this dad created a man cave under his stairs which other people have branded "genius".

Tags: bed, hasn’t, in, Made, Man, my, The
You may also like
Recent Posts