IF YOU think of how many couples midwives meet in their job, then you just know they're going to be full of plenty of stories – and horror stories too at that.

One midwife has been sharing her experiences on the labour ward online via TikTok (@midwife_tylah), including why she is sick of men behaving badly while their partners are giving birth. 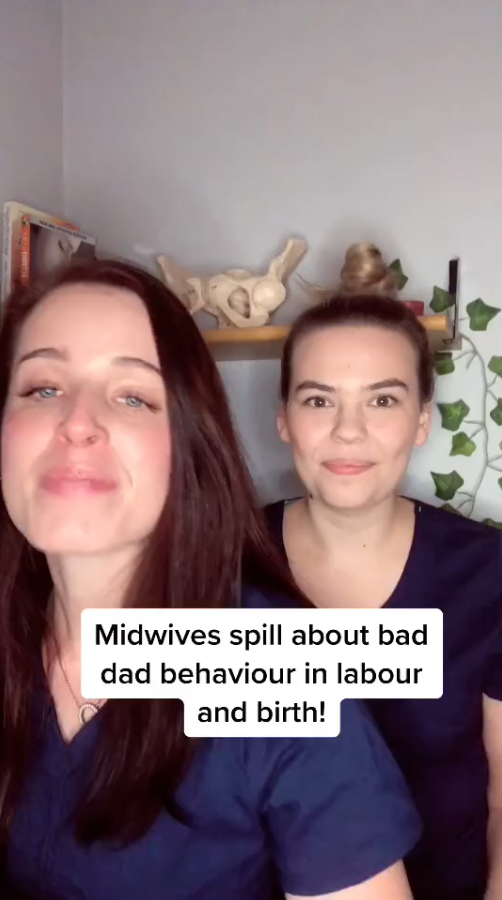 Joined by her friend, a fellow midwife, the women share their tales of "bad dad behaviour in labour" and called out the questionable actions of some men, including one guy who missed the birth of his baby to "validate a parking ticket".

They called out another guy for scrolling on his phone the whole time during the labour and one man who had asked "when the stretch marks will go away" while his partner was lying on the operating table.

"It's when he pooped in the hospital toilet with the door open for me," said one of the women, while the other added: "It's when he goes to the pub with all his mates in labour."

Shockingly, one guy kept asking if his wife's vagina would "go back to normal" as one of the midwives was in the middle of "suturing" (stitching his wife back up after birth). 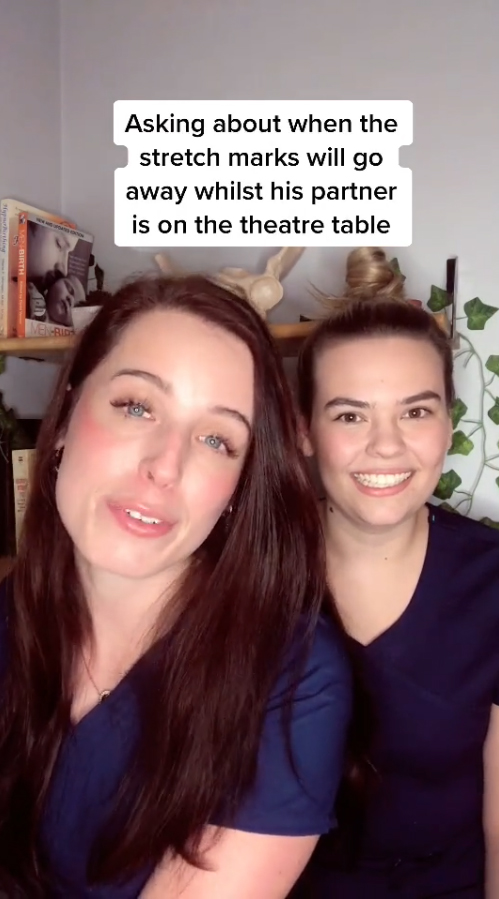 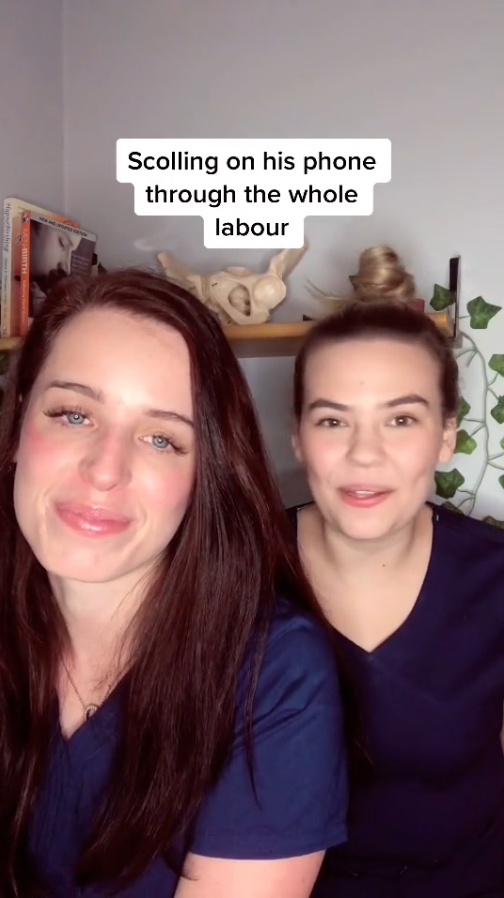 The revelations only got worse, as another had tried to put a hat on the baby while it was crowning.

The video has been watched over 1.1million times online, with thousands of horrified viewers commenting on the post.

"A HAT WHILE CROWNING. I would yeet my man outta there so quick (sic)," commented one woman.

Another said: "These are just really sad. Those poor mothers." 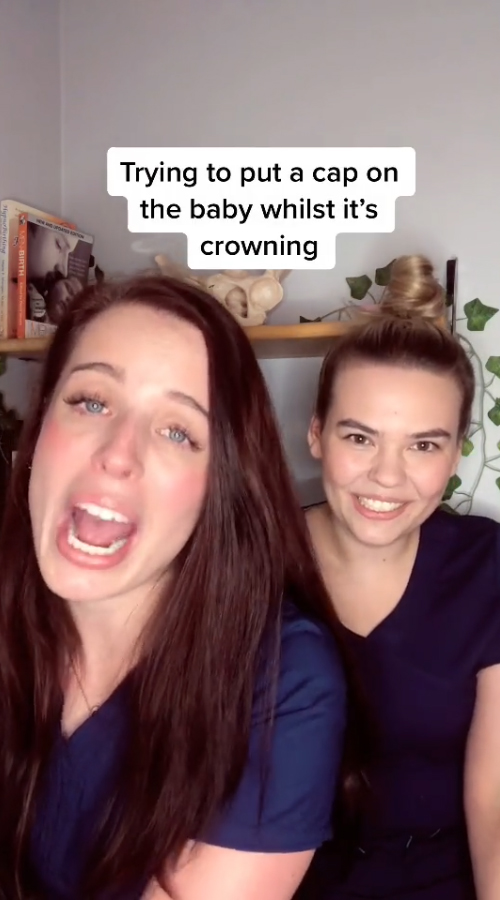 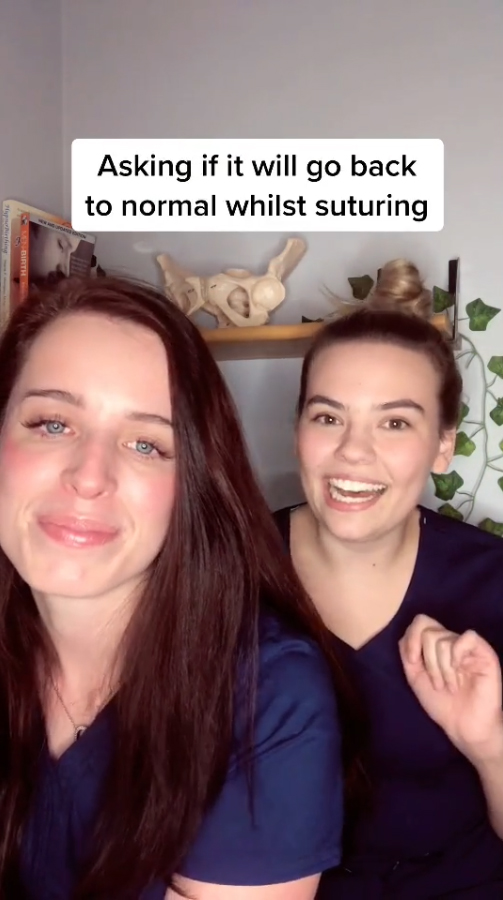 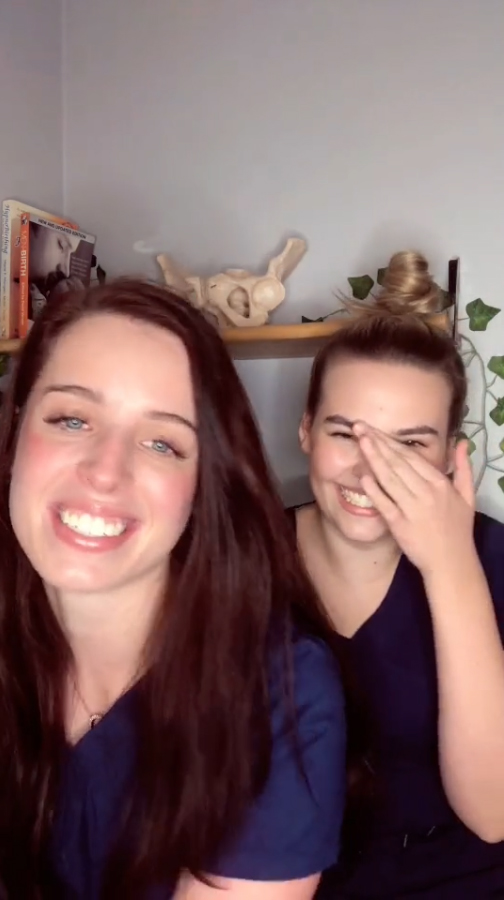 Others shared their own labour tales, with one woman revealing her partner had asked for her to get an "extra stitch" following giving birth, while another called out her partner for claiming he was "tired" after she had just endured a 27 hour labour.

One person commented: "It's when he says 'we'. We don't want pain relief, we're in labour, we want a natural experience. Sorry but not ur body u don't get a say (sic)."

Baffled, one woman insisted that if her partner acted like that during labour, it would be the end of their relationship. She said: "It's the fact that I'd break up with him during my labour if he did that to me."

Another agreed: "I'd literally leave the man if any of these happened to me."

Meanwhile, one first-time mum gave birth to a 13lbs baby girl and shocked doctors who thought she was having twins her bump was SO big.

Plus, one mum gave birth in the bath while wearing a full face of make-up and filmed it all for YouTube – with 700k tuning in to watch.

And one woman delivered her own baby on the bathroom floor after her labour lasted just two minutes.