Home
Beauty and Fashion
I got a Brazilian butt lift to look more like my daughter, 18, people mistake us for sisters when we go to bars together

AN AGE-DEFYING mum says she's often mistaken for her daughter's sister – despite their 19-year age gap.

And Jema Gilsenan, 37, from Kent, loves being complimented so much that she's just had a Brazilian butt lift, to look more like daughter Ellie, 18. 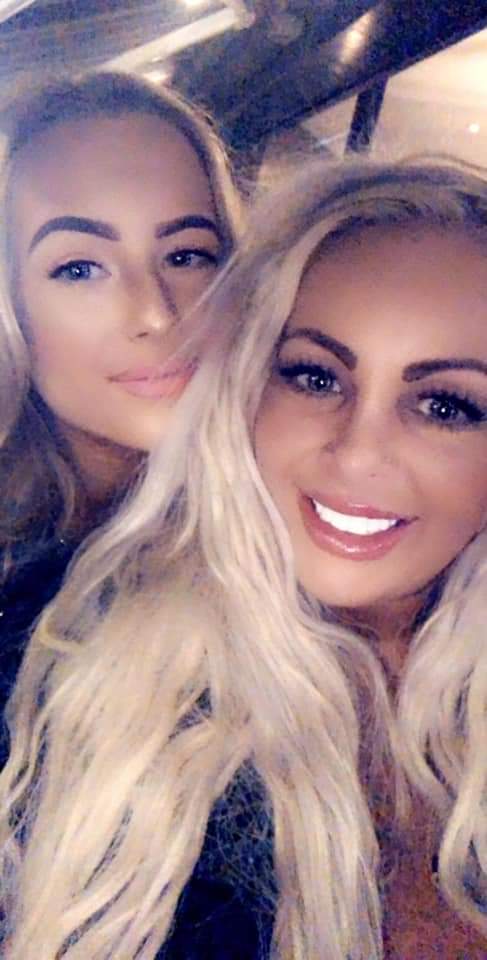 The mum-of-one has always envied Ellie's 'J-Lo butt' and says the £4,000 op was worth every penny.

In an exclusive interview, she tells Fabulous why she’s determined to have a perfect curvy figure…

'Ever since my daughter Ellie was small, she’s had the perfect J.Lo butt – whereas mine has always been flat.

Ellie would tease me about it, calling it my "pancake butt". There’s a bit of body rivalry between us – she’s got a lovely figure and as I get older it’s harder to keep mine! 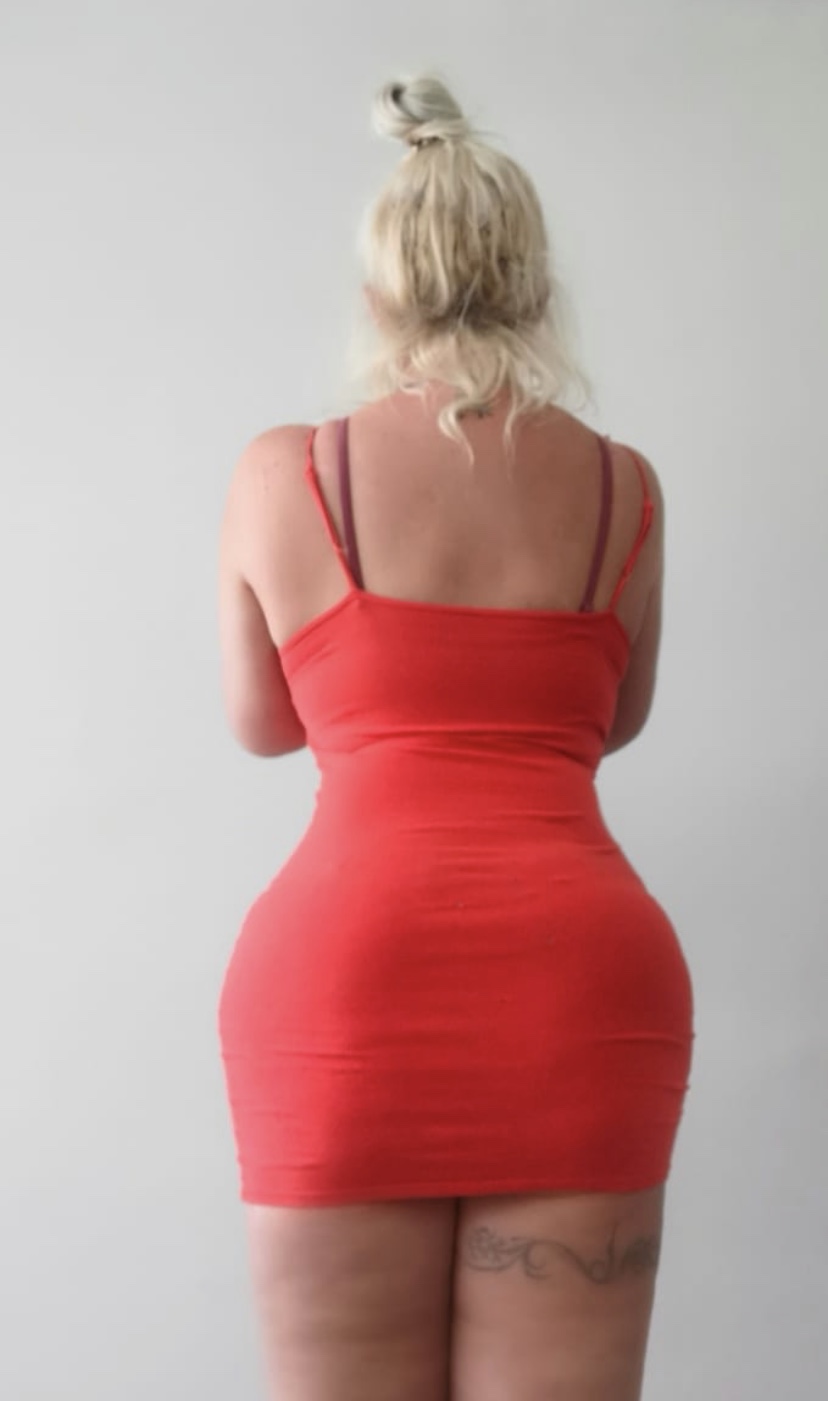 I was a strict mum when Ellie was growing up – I split up with her dad quite early on and he lives in Newcastle, so it’s always been the two of us.

But from a young age, when I told her off, she'd find a way to make me laugh and stop being angry with her.

Now we’re more like sisters. Before lockdown, I'd love going out with her for a long lunch, or going for a drink in a bar with her friends.

We have a close relationship. She’s proud of me and my job as a glamour model – her friends are always saying, “oh your mum is Princess Levi!”

When I meet them for the first time, they can barely believe I’m her mum. And waiters in restaurants always say, “We can’t believe you’re mum and daughter”.

I love that people think I look young enough to be her sister, I get ID'd all the time buying alcohol and I’m not afraid to go under the knife to boost my appearance.

As a model – I’ve worked in the glamour business since I was 18 and now manage a TV station called BabeX TV – I’ve always had to take care of my looks. 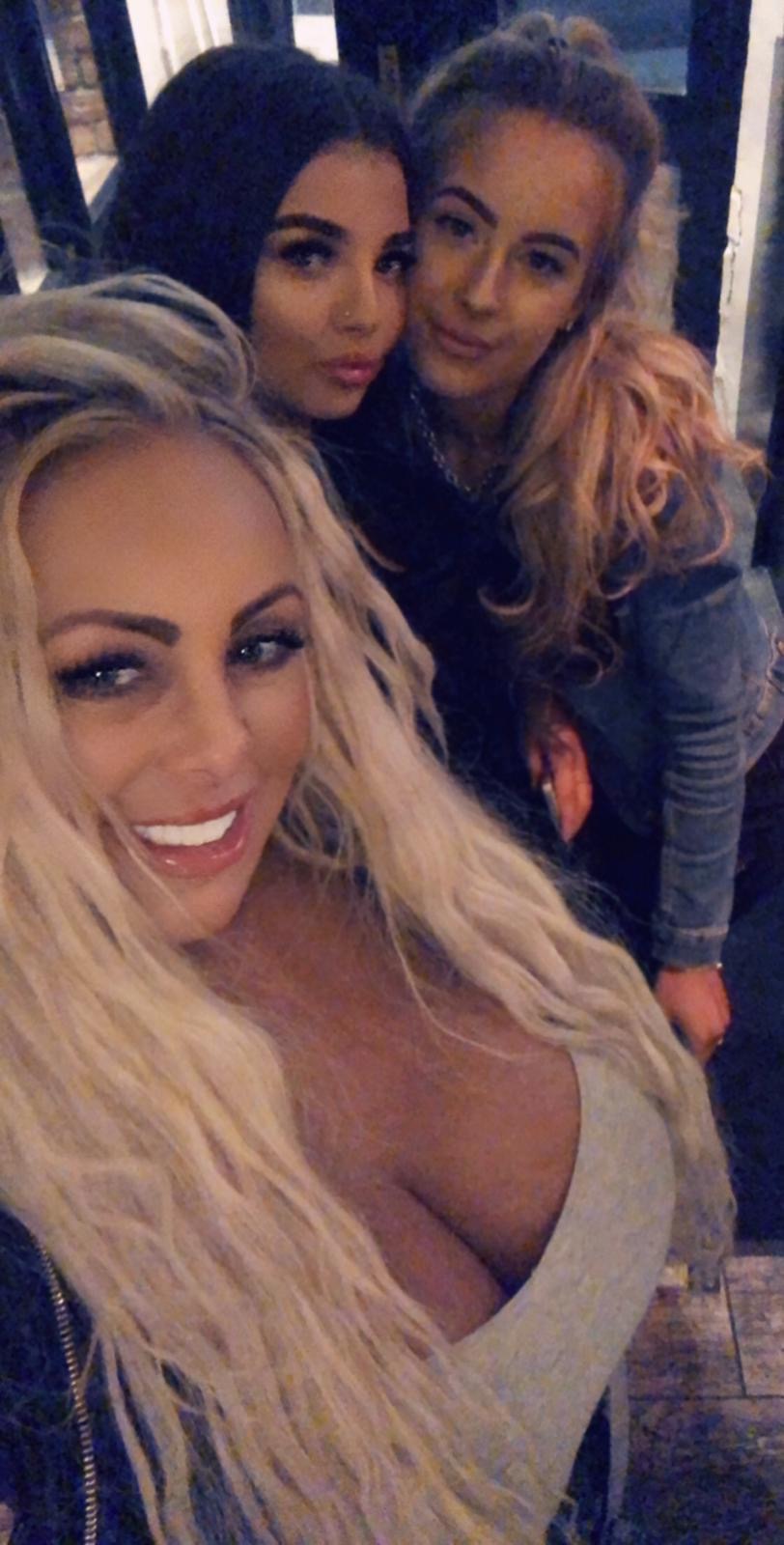 Over the years, I've got more and more self-conscious about my flat bottom and eventually decided to do something about it.

But it took me two years to take the plunge. I met up with a cosmetic surgeon, Dr Lucy Glancey, who explained all my options and cautioned against doing too much at once.

During the butt lift, fat was sucked out of my hips using liposuction and injected into the top of my bum, to create an 'S-line' curve and sticky out look.

I love that people think I look young enough to be her sister, I get ID'd all the time buying alcohol too

It’s really important to do your research and find a reputable plastic surgeon who will do it safely and properly.

Fifty per cent of the fat dies off after a few months, and if too much is injected at once, there’s a risk of all of it dying away.

I know friends who’ve gone to Turkey, had 10 litres of fat injected, and it all disappears afterwards because the fat is packed in too tightly.

I had 2.5 litres removed and some, but not all, of that injected back into my bottom to reshape it. 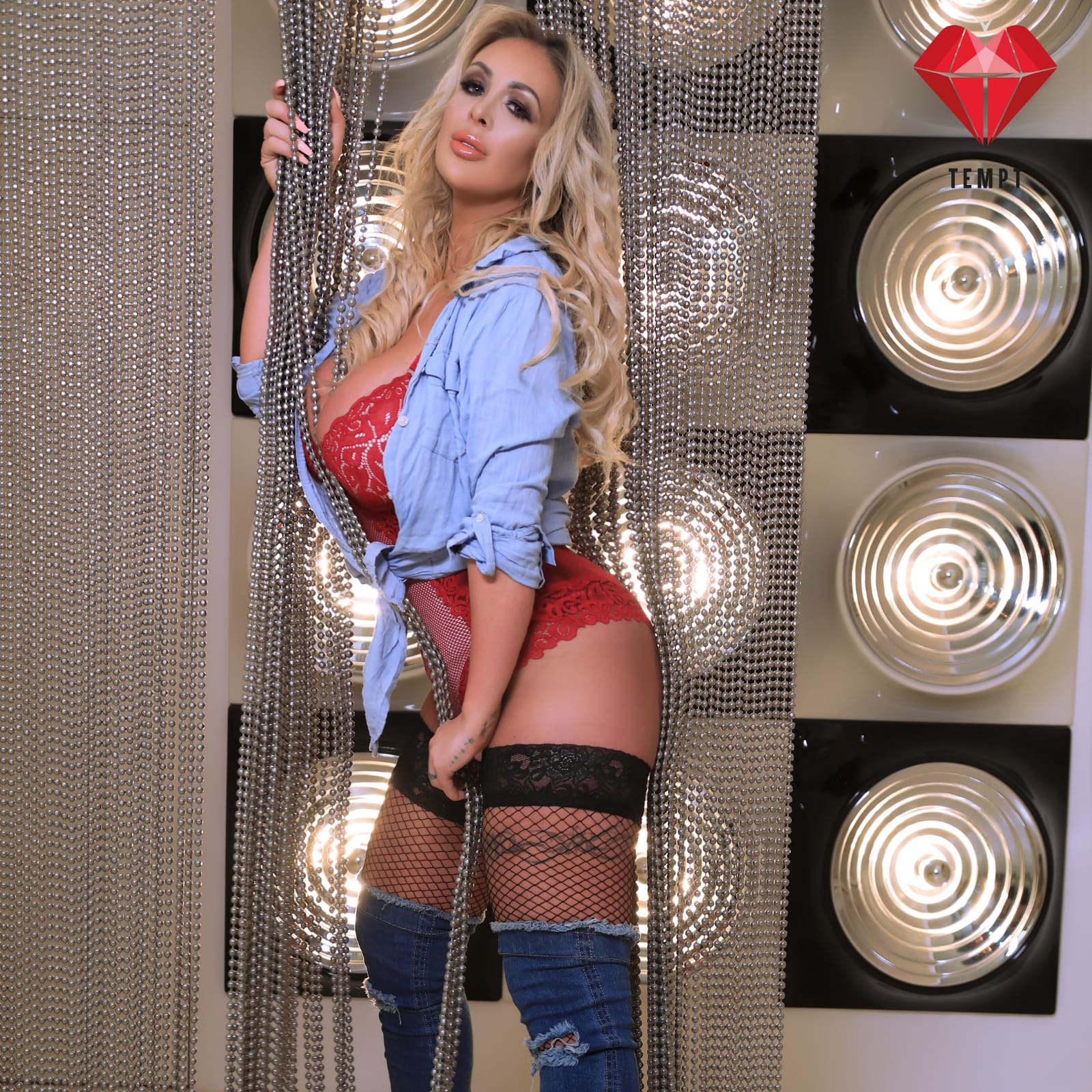 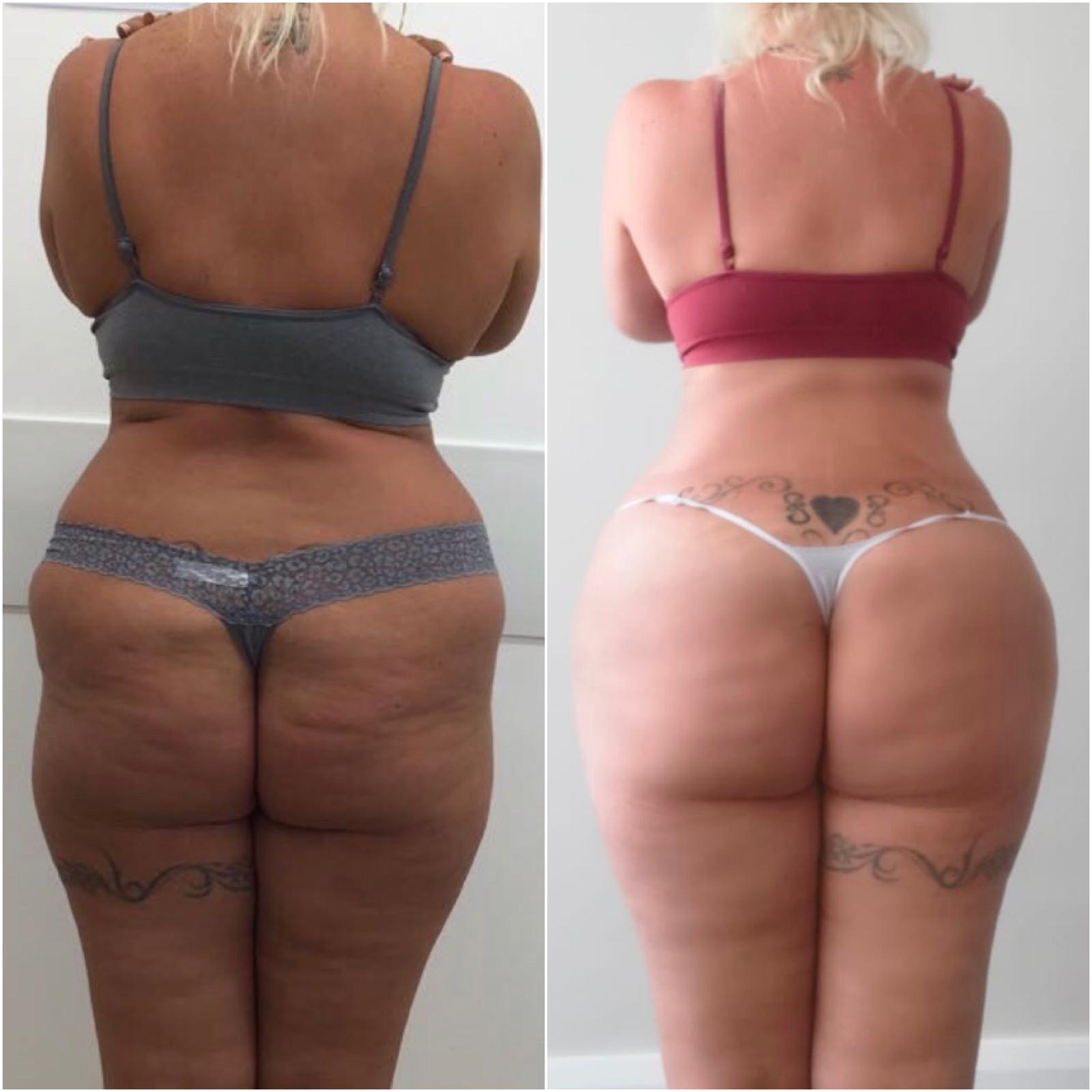 I’ll go back in a few months’ time to have some fat removed from my stomach and injected into my butt again, replacing the cells that die off.

The op's done under local anaesthetic, but afterwards I felt woozy and swollen – I just wanted to go home and sleep.

When I went home, I had to keep drinking lots of water to expel dead fat cells and I've been doing hour-long walks on the treadmill to boost my circulation.

I’ve been having drainage massages too and as the swelling goes down, I can see how much thinner my hips are and how big my bum is.

It will take two to three months to see the full results. It looks great, and my boyfriend Joe, 34, likes it too.

Although Ellie couldn’t come with me this time, she’s usually there when I have non-surgical work like fillers.

She’s like my squeeze ball when I’m getting injected and it’s painful – so naturally she’s been curious about surgery.

From the age of 16 she’s wanted work done, especially after seeing pictures of the Kardashians on Instagram.

I have fillers in my cheeks, jawline and lips – and Ellie's had them all done since turning 18. She also had a tiny amount injected into her nose, to hide her bump.

Ellie's always wanted a nose job, I tell her she doesn't need it and her nose is fine as it is.

But people said the same to me when I was younger and I still had mine done twice – in 2009 and 2010, to make it slightly smaller. 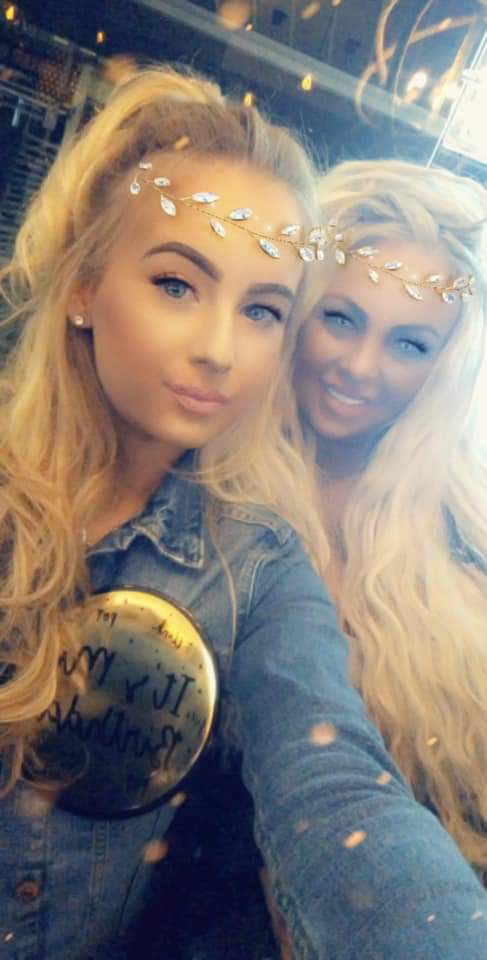 I didn't want to have Botox too young but I've recently started trying it – I've had three lots of injections, costing £750 in total.

I always look forward to getting treatments done, whether it’s fillers or nails or sunbeds.

I don’t get nervous, just excited – it always cheers me up if I’m having a bad day or I’m stressed.

And I think it’s nice that me and Ellie can go and get things done together now she's an adult.

But while I love the results of my Brazilian butt lift, I won’t be encouraging her to get one any time soon – she’s already perfect!' 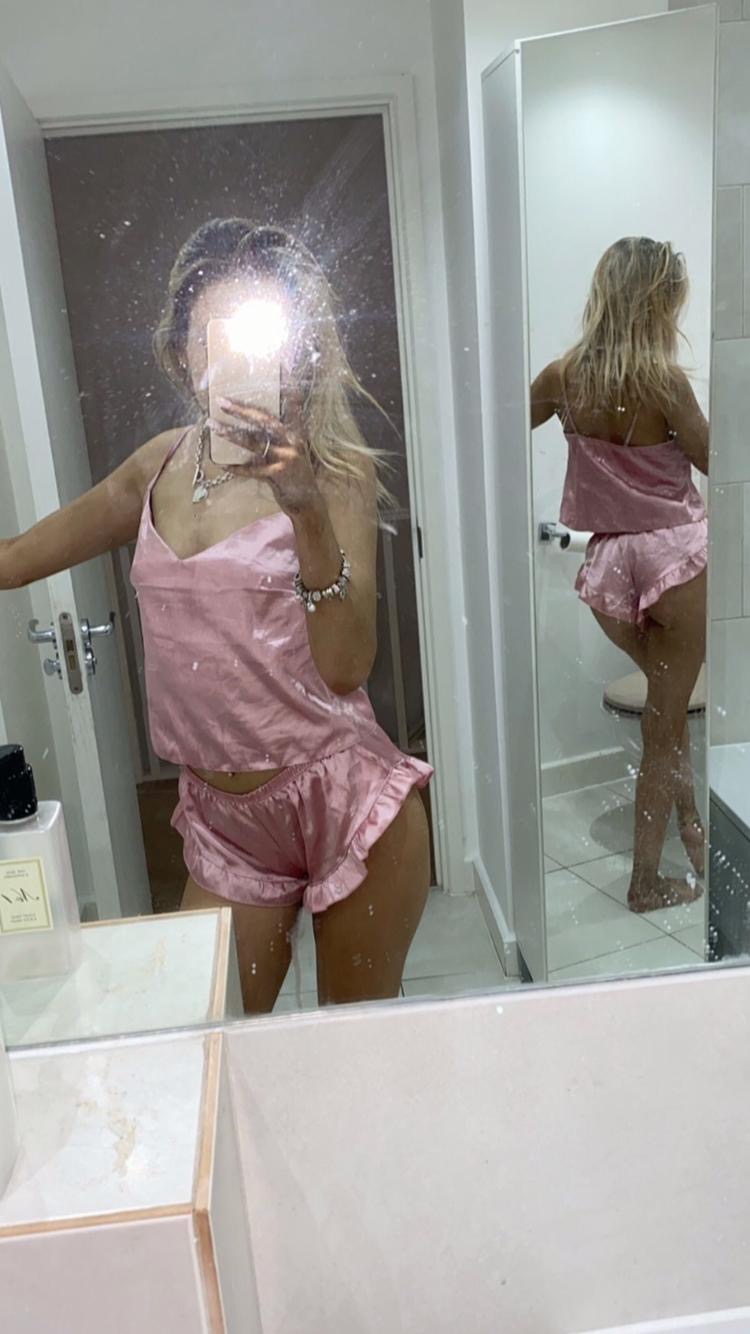 'My mum and I have a different relationship to most mother and daughters.

We’re more like sisters or best friends, borrowing each other’s clothes and going out together.

My male friends love her and they’re always asking for copies of her Princess Levi calendars. Everyone knows her round where we live – she’s a bit of a local celebrity.

My mum’s always been jealous of my J.Lo butt – and I’ll admit I’ve poked fun at her flat bum, telling her she’s getting old.

I was supportive of her having it done and after the treatment I phoned her. She sound all drowsy and it was hard not to be there with her.

But the results are great – she looks good and will look even better once the swelling goes down completely.

She wants to look pretty for her job and because it makes her happy, but I do tell her when she’s had enough done.

I think her lips look great as they are – they don't need to be any bigger.

It was watching my mum which made me want to get fillers – and when I'm older I'd love to have a nose job.

I’m following in her footsteps with work too. I tried a few apprenticeships after leaving school and they weren’t for me, so now I’m modelling under the name of McKenzie Bleu.

Tags: a, Brazilian, butt, Got, i, lift, to
You may also like
Recent Posts