WE’VE all seen some dramatic tattoos in our time, but Euromillions winner Jane Park’s inkings rear-ly stand out.

Jane, 25, who won a million pounds when she was just 17, shared a photo showing eight tattoos on her bum, during an Instagram Q&A. 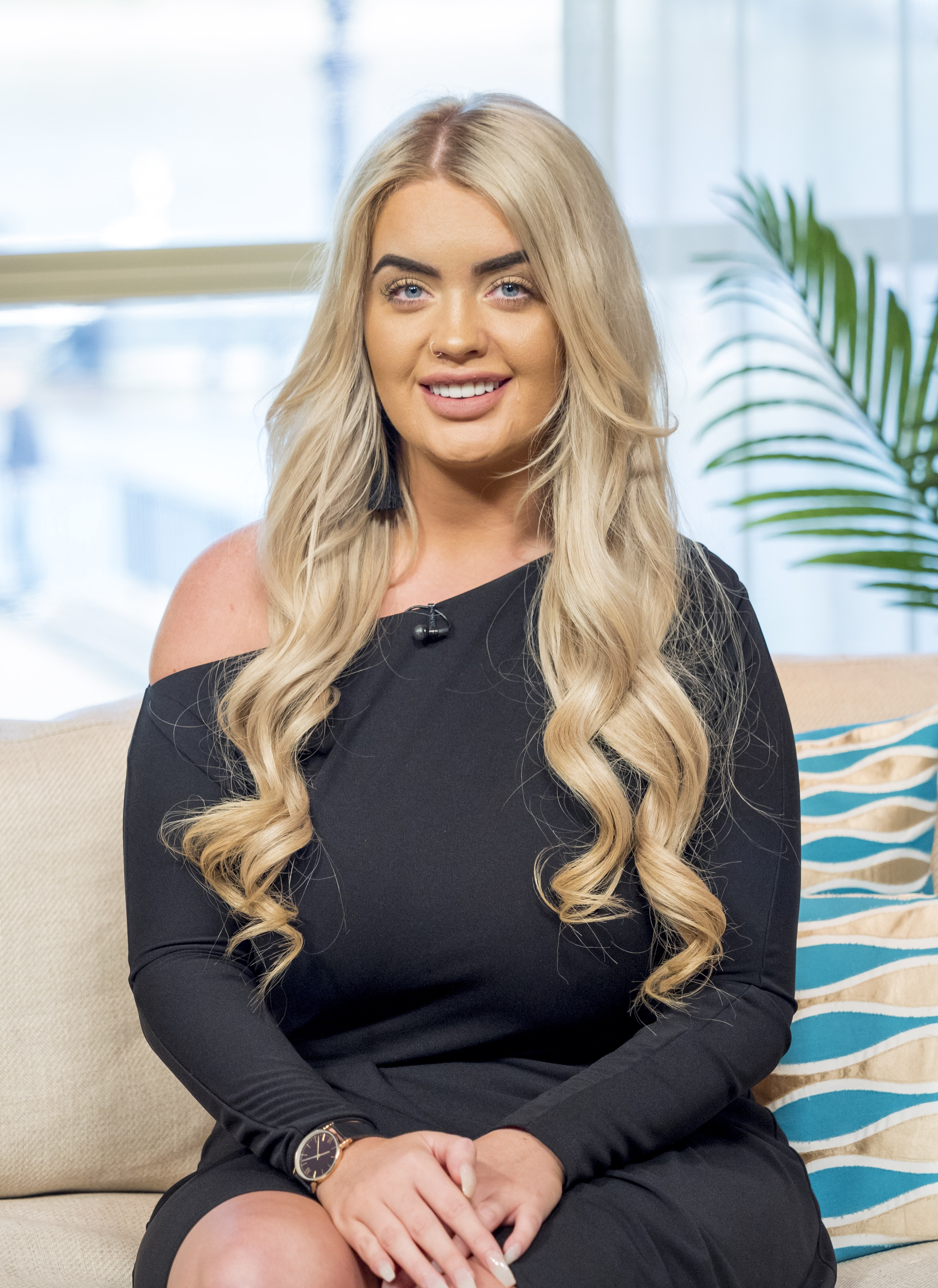 Jane asked her 219,000 followers to send her true or false questions for her answer, while she escaped the British lockdown in Dubai.

One person cheekily asked: “Ur tattoo on ur ass is ex’s names.”

Jane was quick to put the record straight, and said “false”, showing a zoomed photo of her behind.

While it hasn’t been confirmed if all eight tattoos are permanent, in the picture they are all in different fonts and include “Maga 13”, “Maga 14” and “Maga 15”, seemingly in trible to the clubbing haven Magaluf. 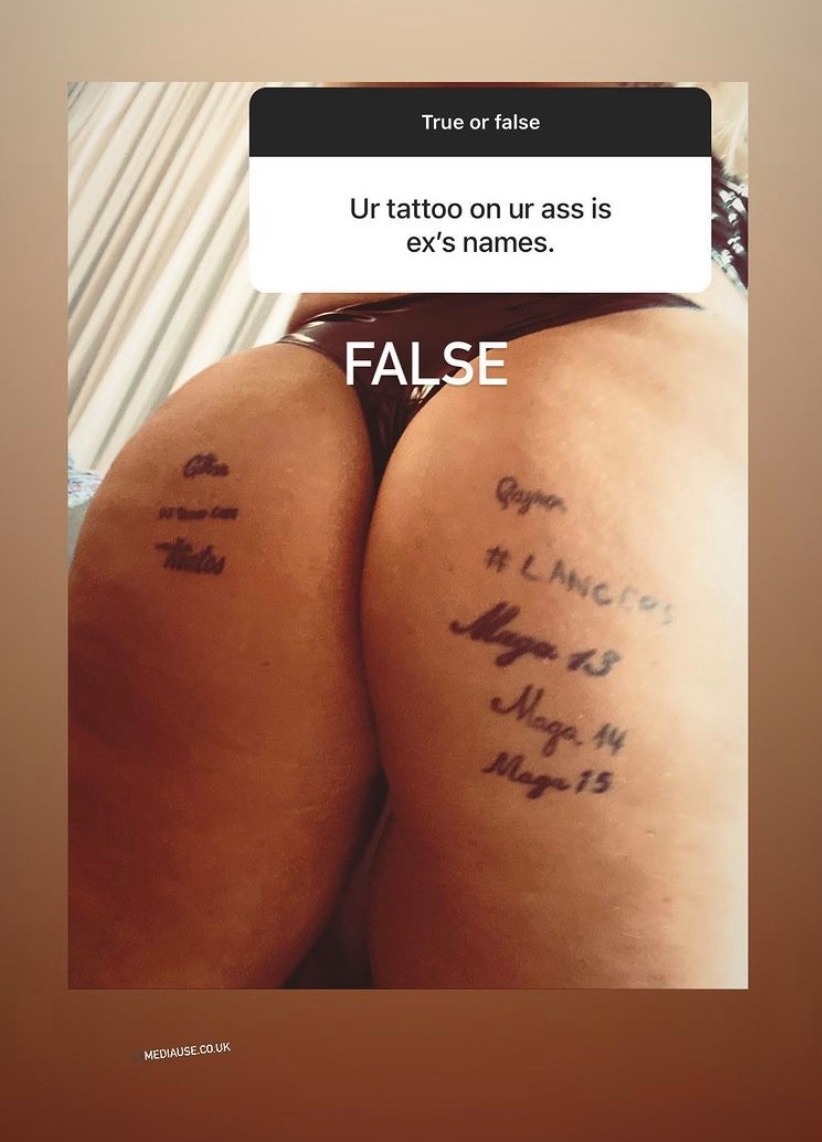 Jane, who admitted on the Q&A that she has an OnlyFans page, has previously shown off the bum tattoos in bikini photos from a distance on her social media page.

Fans have been desperate to find out what the inkings say, with one commenting: “Me zooming in to see the transcribe of the holy grail!”

A few years ago, Jane said she was hours away from fighting for her life with suspected sepsis after a bum lift op.

Jane Park had the Brazilian procedure to get a perkier behind in 2017 but was rushed to hospital after becoming severely unwell.

She had already suffered with swollen lips and cheeks after reacting to the anaesthetic at the Turkish hospital.

Jane, who has spent more than £50,000 on plastic surgery since she won the jackpot, said: “I’m in absolute agony, I know the saying is pain is beauty, but this is horrific.” 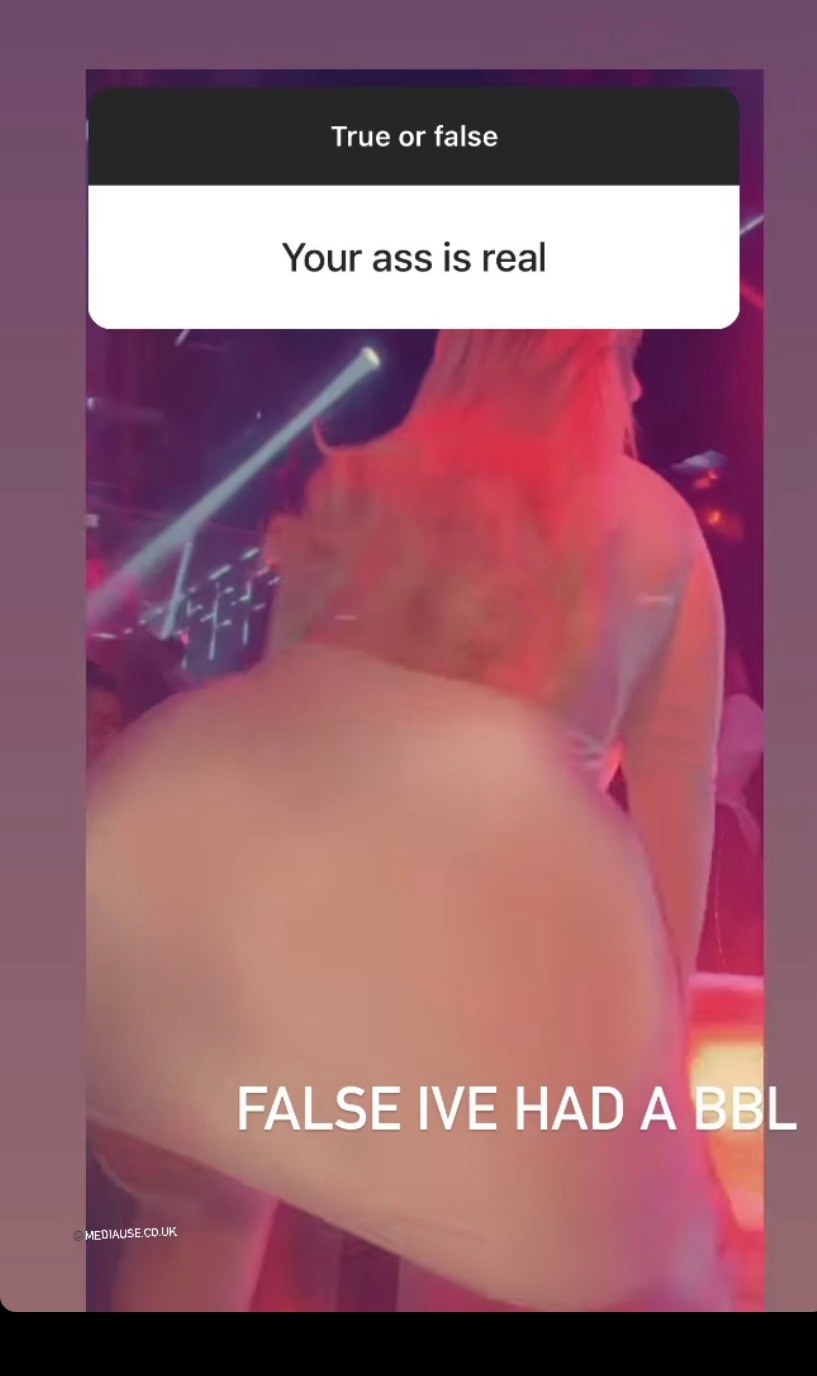 She posted Snapchat clips and said: “It started with a little pain in my leg, a fever and then pins and needles, however, the pain is now severe.

“I called the doctor around 5.30pm on Monday and he told me to get straight to accident and emergency.

“As soon as they heard my conditions, they rushed me straight into a side room, they said the four-hour wait could have been deadly.

Jane Park was just 17 when she bagged £1million in prize money after buying her first ever ticket, making her Britain’s youngest EuroMillions winner. 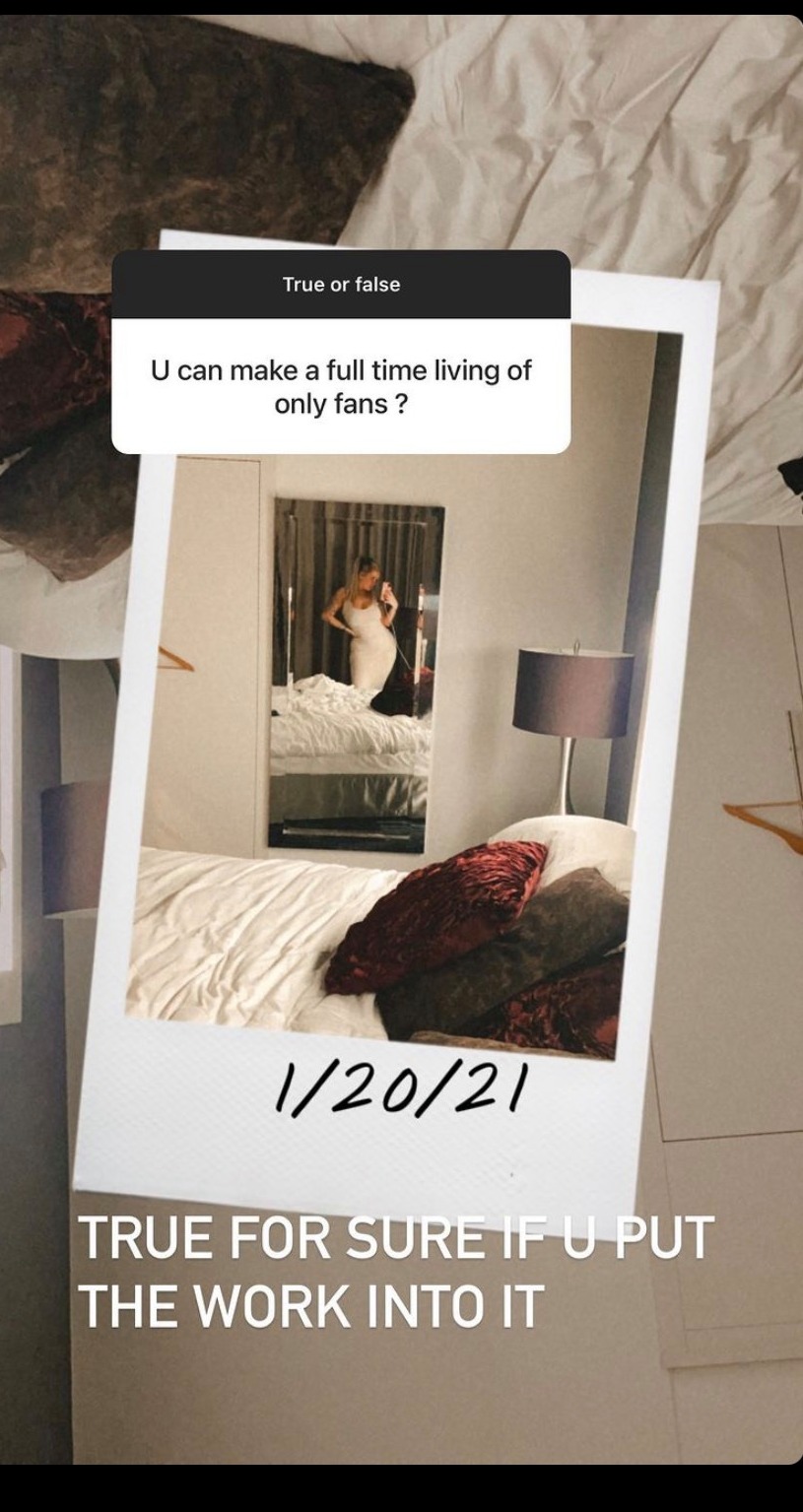 At the time of her win, she was an admin temp earning £8-an-hour, and was living in a two-bedroom Edinburgh council flat she shared with her mum Linda.

Jane is an avid football fan and supports Scottish Premier League side Hibernian.

She has previously remarked that being a millionaire is stressful.

Speaking to the Sunday People, she said: “I have material things but apart from that my life is empty. What is my purpose in life?”

"I thought it would make [my life] ten times better but it’s made it ten times worse. 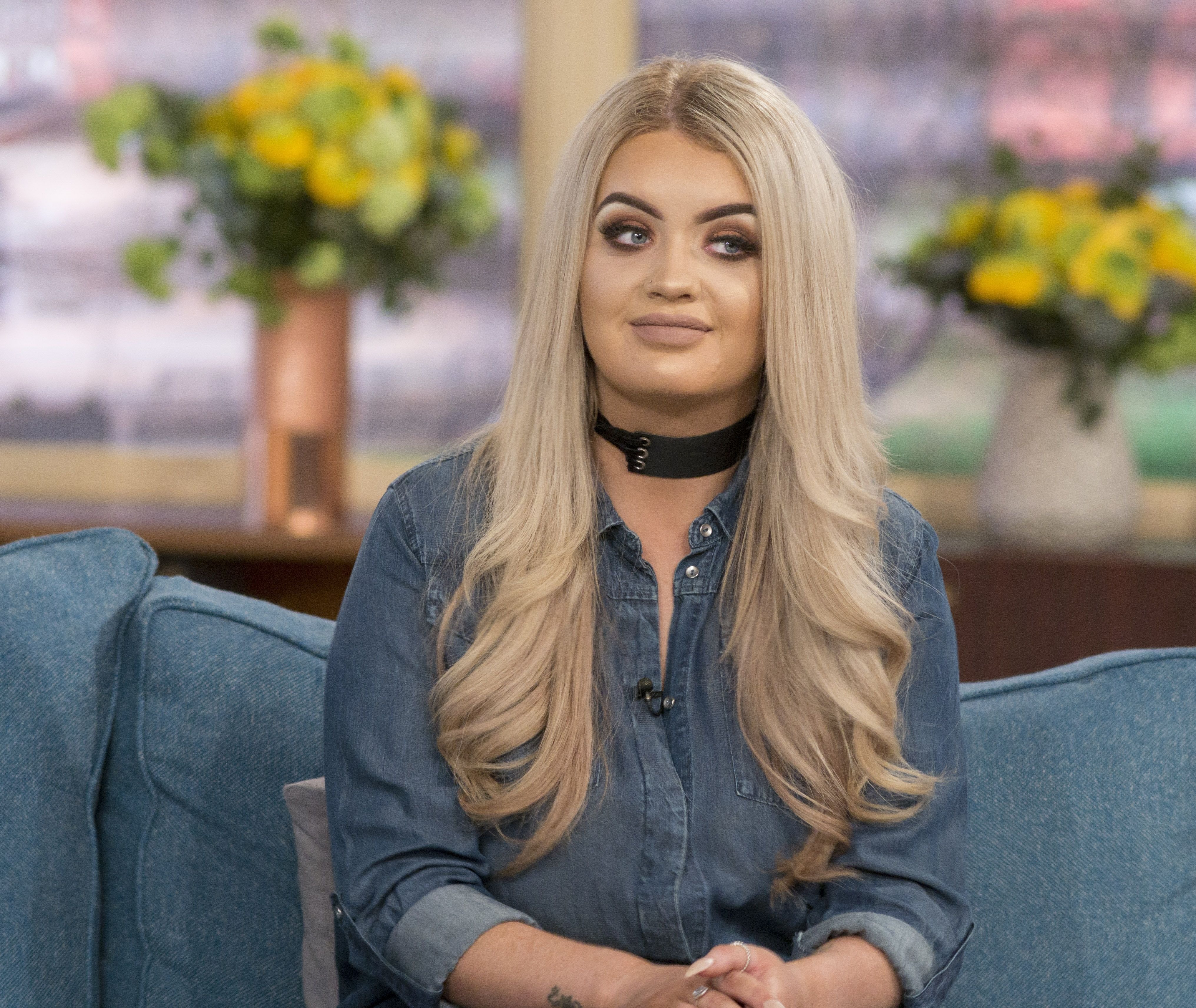 "I wish I had no money most days.

After Jane’s win she quit her job, booked a two-month holiday in Magaluf, bought a chihuahua and also purchased a plush three-bedroom house and second property. 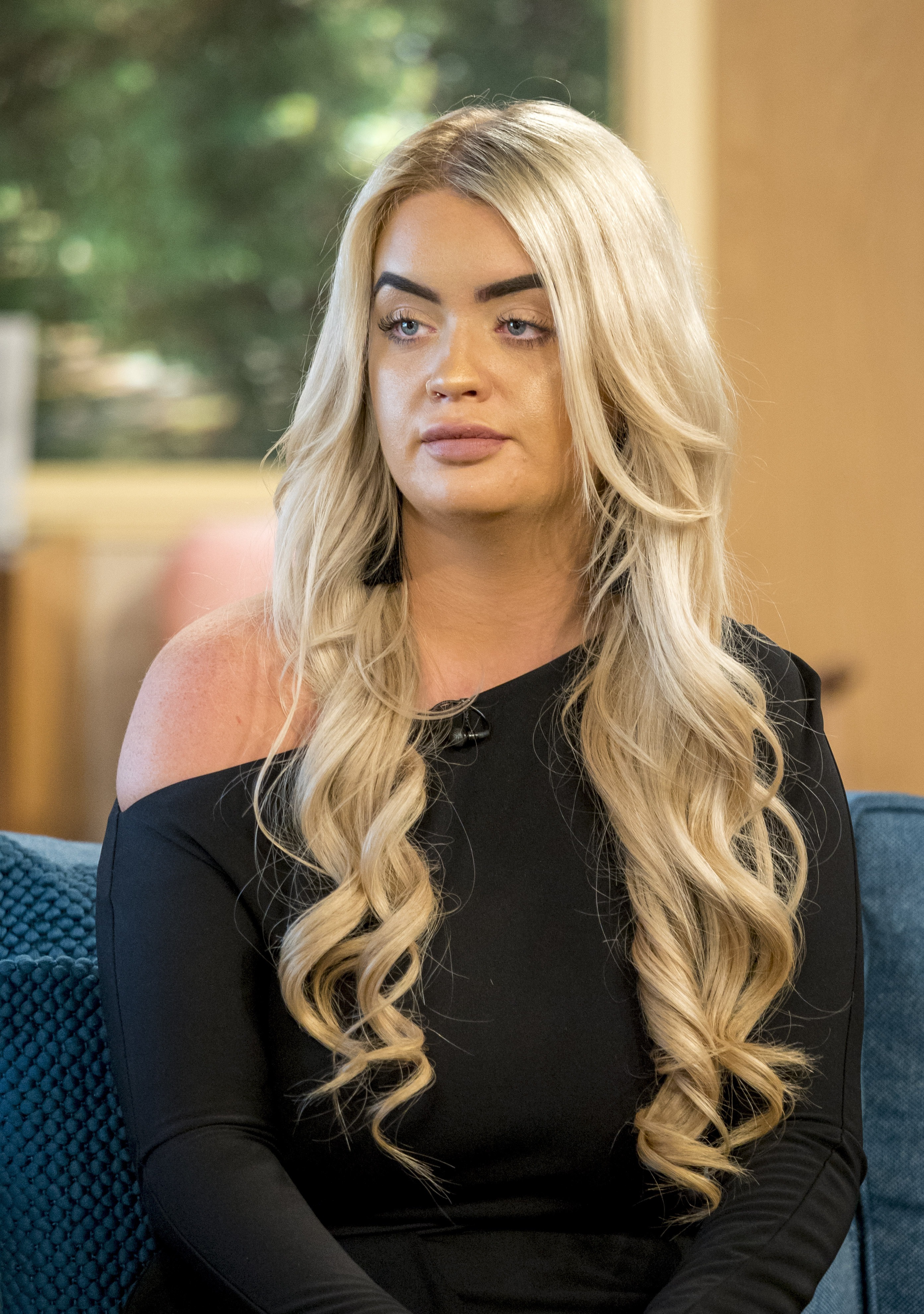 The Range Rover was customised in purple in honour of her football team Hibernian.

She also bought a wardrobe of Louboutin shoes – which start at £455 a pair.

The millionaire was reportedly considering suing Lotto and claiming the huge payout had ruined her life.