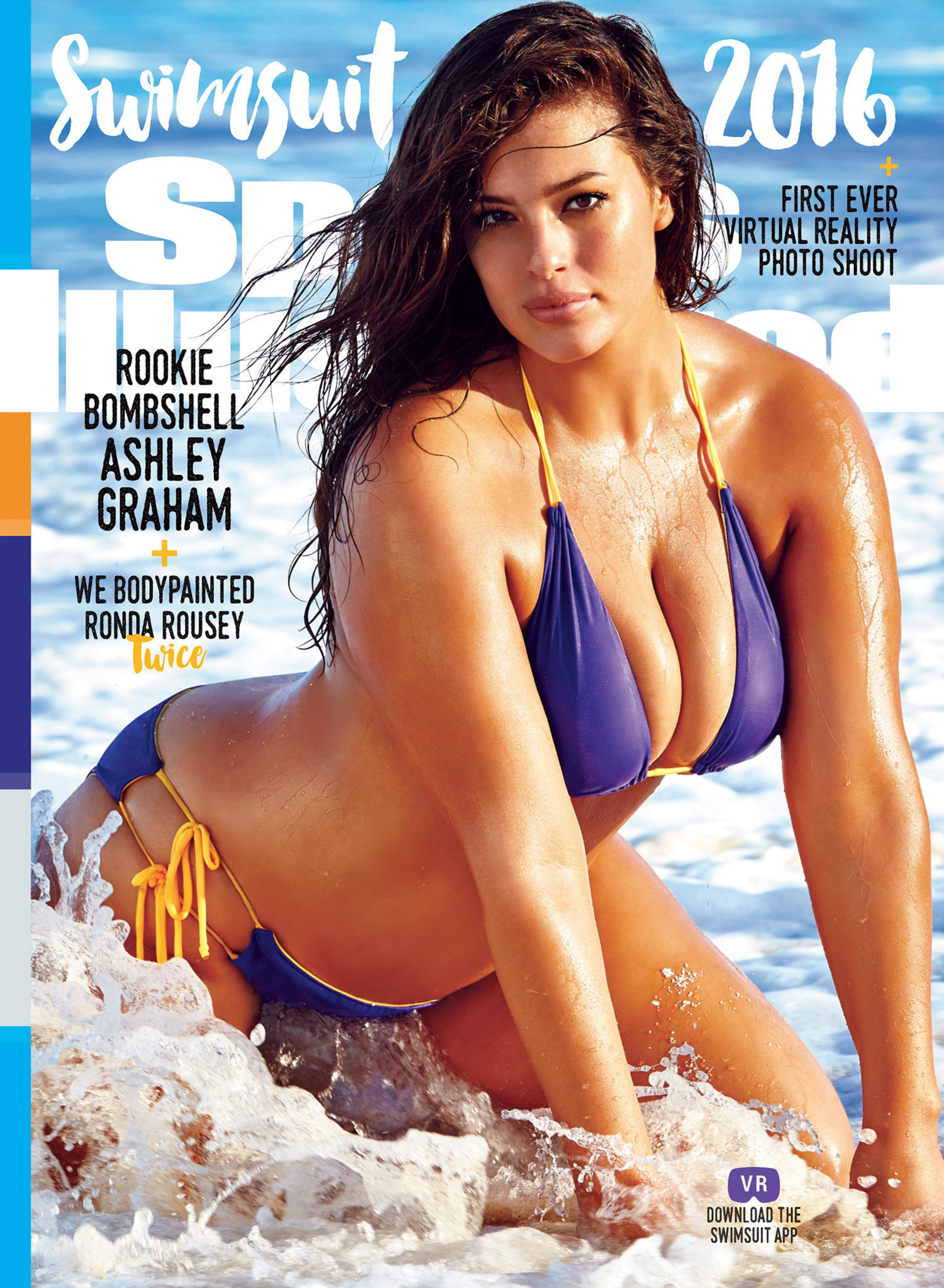 Ashley Graham may forgive, but she never forgets. In a video interview with Naomi Campbell, live-streamed on Thursday, April 9, the supermodel spoke about a hurtful comment made by another model in the industry.

Stars Without Makeup: See Stars Going Makeup-Free and Loving It!

As part of the fashion icon’s new YouTube series called No Filter With Naomi, the two ladies talked about confidence, breaking barriers in the modeling industry and working as hard as possible to achieve personal goals.

One of those goals for Graham was landing a spot on the cover of Sports Illustrated, which she achieved in 2016. She was the first size 16 model to land the coveted gig.

Celebs in Undies: Stars Who Flaunt What Their Mamas Gave Them in Lingerie

But there was one individual who was outspoken about her disapproval for Graham’s cover. In the interview with Campbell, Graham said, “There was another model who was so upset that I had gotten the cover and she said I was very large and that women my size should not be on the cover.”

“Of course you’re going to get negativity,” Graham told the fashion icon. “It brought up a great conversation about what is health? What is beauty? What is sexy?”

Graham didn’t disclose who made the hurtful comments and playfully told Campbell that she could “go look it up.” The model did, however, hint that the critic’s name starts with “C.”

It’s likely that Teigen was talking about Cheryl Tiegs, who told E News! that she was unhappy with Sports Illustrated’s decision to put Graham on the cover.

During an interview with the outlet in February of 2016, the ‘80s supermodel said, “I don’t like that we’re talking about full-figured women because it’s glamorizing them because your waist should be smaller than 35 [inches].”

In a twitter apology issued that same month, Tiegs wrote, “My sincere apologies to everyone I have hurt. I truly just want everyone to be healthy & happy.”

The following month, Graham responded to Tiegs’ comment in another interview with the outlet. The mom of one said, “Cheryl Tiegs may have said what she said, and it may have hurt a lot of people’s feelings, but my skin is so thick.”

She continued, “I kind of rolled my eyes. I was like, ‘Oh, whatever, another one of these ladies.’ But what’s great is that, the fact that she said it — it means that other women think like her. And what that means is that we really need to change the industry.”

Listen on Spotify to Get Tressed With Us to get the details of every hair love affair in Hollywood, from the hits and misses on the red carpet to your favorite celebrities’ street style ‘dos (and don’ts!)